The Friday 5: 5 Broadway Things We've Done to Pass the Time

Sigh. Here we all are. It's a nightmare if you think about it too much, really. But, and I'm not surprised, whenever there's a crisis, who can we turn to? The Broadway community! This time around, it's a little more difficult since Broadway is shut down for the foreseeable future. Necessity is the mother of invention, and we are forced to be even more creative!

In our corner of the world, we are coping in several ways and reaping the benefits of the community's ingenuity. None of this week's Friday 5 is revolutionary, and you probably are already doing most of these, or you've at least heard about them. Mostly, we want the therapy writing all of this down will provide.

Finally, we would love to hear what "Broadway stuff" is getting you through. Please Tweet or email (see above on the title bar).

The Friday 5:
5 Broadway Things We've Done to Pass the Time

In no particular order...

Reliving fond memories of Broadway through my Playbill Collection.
Regular readers know about my obsession with all things Playbill. Well, this is the perfect time to go through them! I have nearly 600 of them, which I found out when I cataloged them in my new Playbill collection spreadsheet. In the process, I've had the chance to look at them closely. I've discovered some great things - people I miss seeing in shows, people who were in the ensemble years ago who are now award-winning Broadway celebrities. Each one has holds a special memory, and it has been a nice way to balance the horror of reality. 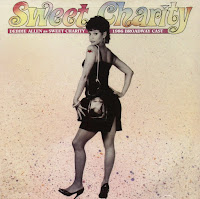 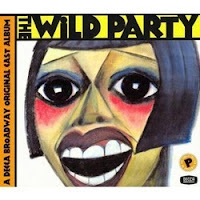 Dusting off original cast recordings.
I have hundreds of these, too. And I am reacquainting myself with shows I haven't even thought of in ages. Recent re-discoveries include Floyd Collins, The Wild Party, the Debbie Allen Sweet Charity (man I love that version of the title tune, sung by Tony-winner Michael Rupert) and Barnum. Soon, I'll be delving into flops and super oldies. I've got my eye on Henry, Sweet Henry and The Canterbury Tales. 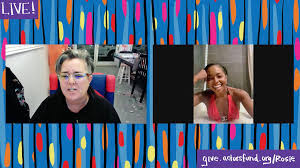 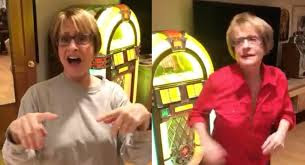 Seeing Broadway stars in their homes!
Thank you, Seth Rudetsky and Rosie O'Donnell! Bringing us awesome content and doing fundraising for The Actor's Fund. Listening to Ragtime stories straight from Audra and Stokes, listening to Audra, Kelli and Darren sing... and if you haven't had the chance you must check out Patti LuPone's basement series! She'a a little crazy, totally candid, and funny as hell! Then there is the Sir Andrew Lloyd Webber/Lin-Manuel Miranda dueling piano thing. What joy they bring with their talent and their warm humor. Did any of you see Betty Buckley's road trip home to Texas from New York? Fantastic!

Recreating the theater experience through video.
So far, I've enjoyed the Jesus Christ Superstar video from 2000 and the "ladies in red" sequence from the Sondheim Birthday Celebration. I'm thinking of combining the cast recording, video recording and book experience for each Sondheim show. Can't think of a better way to celebrate the great man's 90th birthday!

Theater books!
As many of you probably do, I have a pretty decent sized collection of Broadway books gathering dust. And so, I've begun (actually, re-begun) the two Sondheim books, Finishing the Hat and Look, I Made a Hat. Here's my plan: read the chapter about each show, play the CDs, and, if there is one, watch the video. That should hold me over until I finally get to see the Company revival, right? 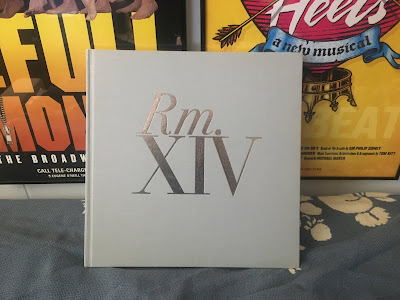 Also, I recently bought a copy of Anastasia's Mark MacKillop's Room XIV, a collection of artistic NSFW photos from his world travels (underwear, mostly), including a personalized inscription, and a nice forward by Billy Porter. He sells them himself, supplementing his income - which he really needs now. To order, contact him via Twitter @mark_mackillop . He accepts Venmo and PayPal. It is a really wonderful book.