This is the first in what I hope will be many in a series of blogs that pay tribute to the legends of Broadway.  Oh, I'm sure that I'll probably talk about an actor or two along the way, but I really hope to focus on the behind the scenes people who often create the real visual magic of a show, but rarely get much notice.  Of course, if a technician/designer does his or her job correctly, you really aren't supposed to notice long enough during a show to recognize their efforts.  Only after a show is over, do you generally focus on their work, and many times it is in passing.

One such legend is costume designer Theoni V. Aldredge.  Born in Greece, and married to actor Tom Aldredge (Into the Woods - original cast, Passion), Ms. Aldredge has one of the most impressive resumes of all times.  She has designed costumes for 105 Broadway shows, as well as several films (she won an Oscar for The Great Gatsby, and designed such classic films as Moonstruck and Ghostbusters), operas and ballets.

Her Broadway credits began in 1959, with the original production of Sweet Bird of Youth, where she designed the costumes specifically for Geraldine Page, as task she would repeat for several of Ms. Page's performances, including her last, the 1987 revival of Blithe Spirit.  Her most recent credit is the revival of A Chorus Line. 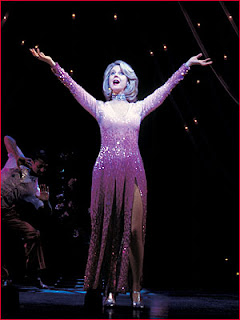 Blythe Danner in the 2001 revival of Follies
Among the plays and musicals she designed were the original productions of: The Best Man, Mary, Mary, Anyone Can Whistle, the musical version of Two Gentlemen of Verona, Ballroom, 42nd Street, The Rink, Chess, The Secret Garden and Nick and Nora, plus the Tyne Daly Gypsy, and the most recent revival of Follies .  She was nominated for 15 Tonys, winning 3 (Annie, Barnum and La Cage aux Folles).  She also won 6 Drama Desk Awards, and in 1990, she was inducted into the Theater Hall of Fame. 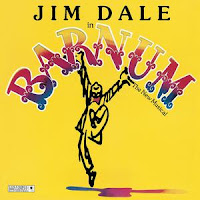 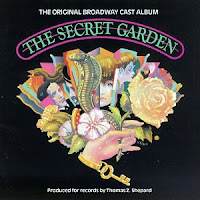 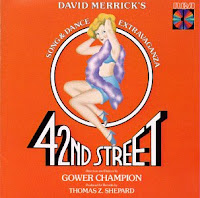 Dreamgirls (1981 - 82 - Tony Nominee)
One show that Ms. Aldredge left her indelible stamp on was the original Broadway production of Dreamgirls.  They were a national sensation, and continue to influence productions of the show today, as well as the Oscar winning film version. 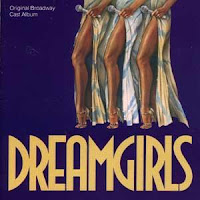 Her designs are a part of the show's logo and iconography 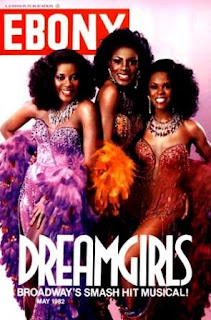 Her designs made the cover of Ebony 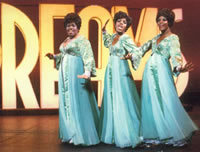 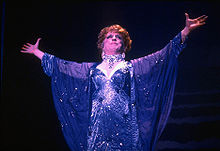 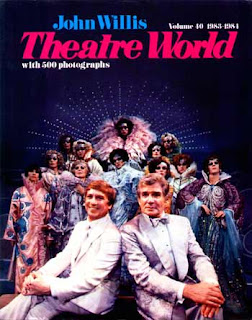 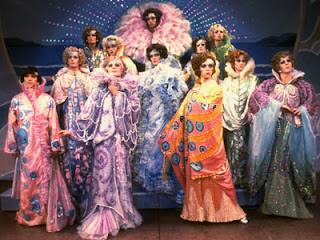 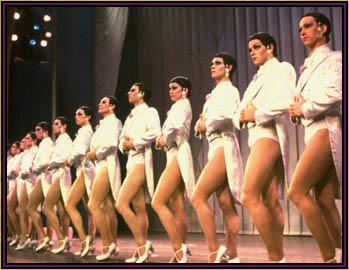 In retrospect, it seems odd that Ms. Aldredge's designs for the classic musical  A Chorus Line  did not win the Tony Award.  Not before or sense has an entire set of costume designs been more associated with a single show.  Of course, much of that has to do with the logo of the show, which was plastered everywhere, and even today remains instantly recognizable.  And that design is only eclipsed by the big production number, "One," which, back in the day was on EVERY TV show, dozens of ads, and live onstage on Broadway and literally dozens of touring and regional productions.  Long before the famous icons and advertising for Cats, Les Miserables and Miss Saigon, A Chorus Line was writing the book on mass media for Broadway.  Theoni V. Aldredge's costume designs figure prominently in each and every one. 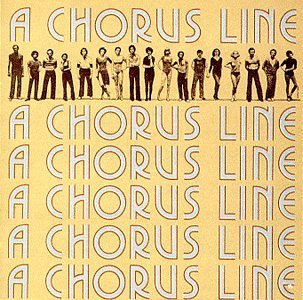 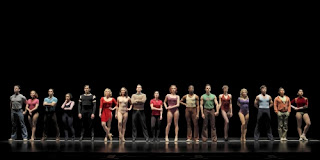 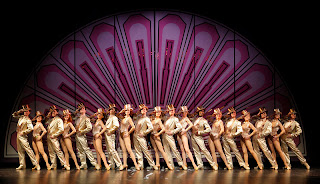 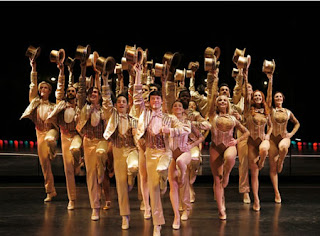 "The Wedge"
Over the years, there have been many talented costume designers on Broadway, but very few have had the longevity, the resume or the impact on American culture as Theoni V. Aldredge.  Her work continues to influence theatre productions and inspires countless numbers of costume designers who have come since.
She is a true Broadway legend.
Comments?  Leave one here, email me at jkstheatrescene@yahoo.com or Tweet me!
Jeff
2.43
Posted by JK at 11:01 PM