Ms. Broadway for October 2010 actually came to my attention back in 1991, as one of the New Ziegfeld Girls in The Will Rogers Follies.  It was on that day that I discovered 4 of my favorite Broadway things:  that show, which is still one of my favorites, a major crush on a certain "Indian dancer on drum" aka Jerry Mitchell, and two actresses that I have loved ever since: Cady Huffman (she played "Ziegfeld's Favorite") and a chorus girl that I couldn't take my eyes off of - not bad for a gay guy - the future Ms. Broadway October 2010.

A success on both sides of the Atlantic, this Ms. Broadway has appeared in The Will Rogers Follies (eventually becoming Ziegfeld's Favorite), Crazy For You, A Funny Thing Happened on the Way to the Forum, and Chicago.  In London, she appeared as Ulla in Mel Brooks' The Producers (Olivier Nomination, Best Actress), played the Girl in the Yellow Dress in Contact, and graduated from "Go-to-Hell-Kitty" to Velma Kelly, opposite Jerry Springer in the London cast of Chicago.

It is that turn as Velma Kelly that brings this very lovely and extremely talented singer/dancer/actress back to Broadway, and in this spotlight.  And now, without further fuss... 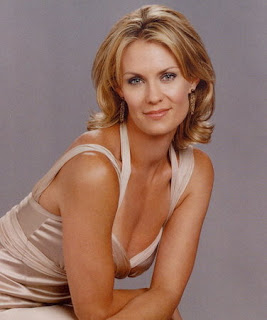 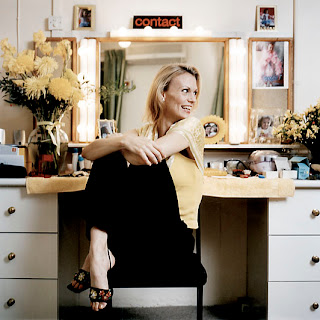 In her dressing room! 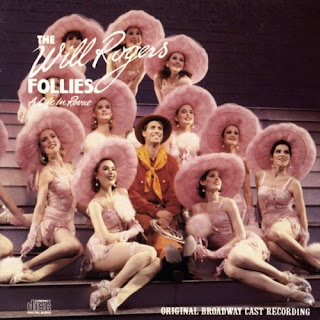 Can you pick her out of all the lovely Ziegfeld Girls
on the cover of The Will Rogers Follies Cast Recording? 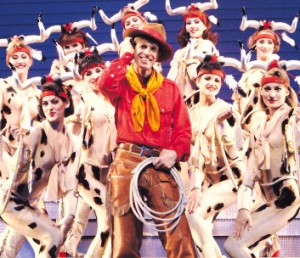 How about now?
Here she is with Keith Carradine and the rest of the New Ziegfeld Girls in "Our Favorite Son" as video taped for Japanese television! 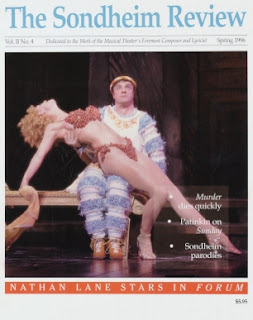 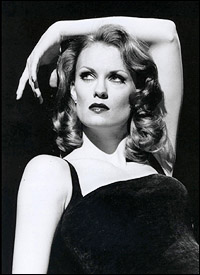 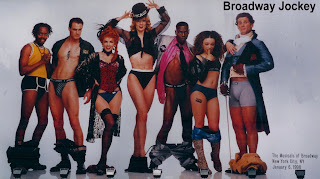 There she was front and center, representing Chicago
on a huge Times Square billboard for Jockey! 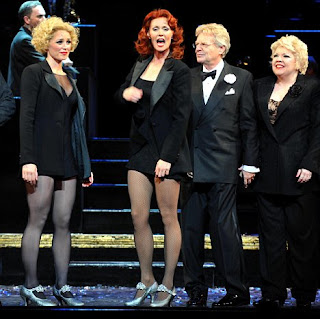 For the London version, Velma was a redhead,
and so was Leigh! 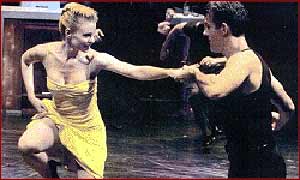 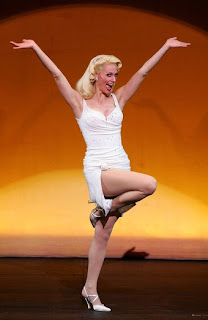 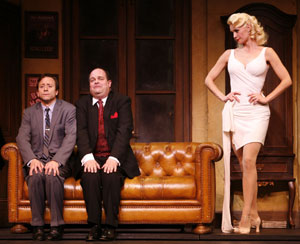 ... a role which earned her 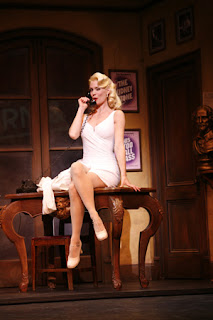 ...an Olivier Award nomination for
Best Actress in a Musical! 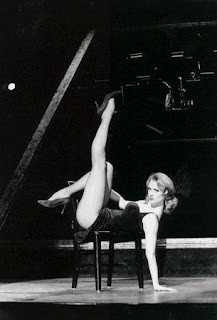 And now she's back on Broadway
as Velma Kelly in Chicago!

Comments?  Suggestions for Mr. or Ms. Broadway November 2010?  Leave them here or email me at jkstheatrescene@yahoo.com or Tweet me!