At This Performance the President Will Be Played By...

NOTE: Thanks to my good blog-buddy, Steve, I have made a correction to this entry! (I have highlighted the corrected sentences in RED.)

Cherry Jones once played the role on TV, and now Benjamin Walker is doing the same 8 times a week on Broadway.  Yes, both critically-acclaimed actors have played the President of the United States.  Of course, neither was the first, and I am sure neither will be the last on TV or Broadway.

As Mr. Walker continues to be all sexypants in Bloody Bloody Andrew Jackson I got to thinking about other shows devoted to the man in the oval office.  What I found was pretty interesting, actually.  Seems that nearly all of our 44 presidents have appeared as characters in Broadway plays and musicals.

It might be easier to tell you which men have NOT been portrayed in a Broadway show - there are only 7 - and even two of them have potential special circumstances.  The 8 are: Benjamin Harrison, Warren G. Harding, Calvin Coolidge, Herbert Hoover, Jimmy Carter, George Bush, and Bill Clinton.  Hoover doesn't appear, but his "handiwork" does in Annie, where they sing, "We'd Like to Thank You, Herbert Hoover."  Of course, F.D.R. makes an appearance in that show.  The other exception might be that while Benjamin Harrison himself is not a character, his wife was, and she was played by none other than The First Lady of the American Theatre, Helen Hayes.

Which brings me to one of the most interesting Broadway-related presidential facts.  Ms. Hayes appeared in a play called The White House, a 23 performance play about the inhabitants of 1600 Pennsylvania Avenue.  Among the cast (all of whom played 5 or more characters was: James Daly, Helen Hayes, Fritz Weaver, and Gene Wilder.  The Henry Miller's Theatre has never been so powerful!  23 performances, featuring 23 presidents!

The most recent president to receive Broadway treatment was George W. Bush, played by Will Ferrell in You're Welcome, America.  A Final Night with George W. Bush, which played a brief run in 2009.

Another play, Wilson in the Promise Land, played the ANTA Theatre for 7 performances, and featured 6 of our leaders. 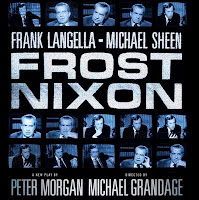 In all, there are 14 plays or musicals that feature the White House as a setting listed in the Internet Broadway Data Base, including 1600 Pennsylvania Avenue, Mr. President, Bloody Bloody Andrew Jackson and Teddy and Alice.  While it is too early to tell about BBAJ, the others I listed, along with the few above were fast flops.  But there have been successes, too.  Frost/Nixon and Sunrise at Campobello did well enough. 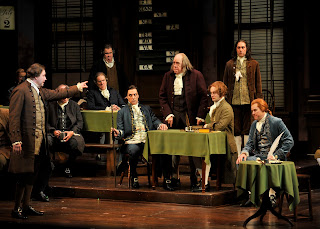 Two of the more famous shows to deal with the Leader of the Free World are: 1776 and Assassins.  In the latter, only two presidents actually appear (live, not in photos): James Garfield and Gerald Ford.
Ronald Reagan, an actual actor, never appeared on Broadway, though his son was a photographer for a production in the 80's.  Mr. Reagan's likeness appeared in The Wedding Singer and a musical that never actually opened, Senator Joe.  But his voice was used in the musical Doonesbury.  Speaking of Senator Joe, Richard Nixon also appeared in that show, as well as Frost/Nixon, An Evening with Richard Nixon and..., and Jackie, which also featured JFK's only appearance on Broadway. 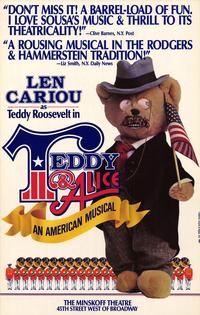 By far, the most "regular" Broadway President of the United States is Theodore Roosevelt (not including the character who thinks he is Teddy in Arsenic and Old Lace).  He has been a character in 6 different shows, including two specifically about him: Bully! and Teddy and Alice.
And while Andrew Jackson appears in Bloody Bloody, it isn't his debut.  He also appeared in The White House, Wilson in the Promise Land, and his actual debut came in a play called The Awful Mrs. Eaton.  Benjamin Walker is the fifth actor to portray the populist president (not including his two understudies or the understudies of the four others. 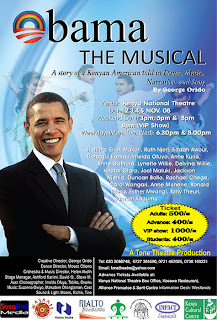 OK, I bet you are wondering how our newest president, Barack Obama, made it into a Broadway show already.  Well, technically, he hasn't, yet.  But there is serious talk of the Kenyan (as in African nation) production of Obama: The Musical making the big leap across the ocean in the coming years.  I guess we'll have to see!