Well, sad to say it, but summer is now officially over.  Is it me or does it seem like just yesterday we were in the midst of winter blizzards?  Ah well, the leaves are turning, and the new theatre season is heating up - two of my favorite things about fall.

Before we leave summer completely behind though, here are the results for last month's two poll questions.  Thanks to all of you who continue to participate - tell your friends!  And of course, when you are done reading this, please...

VOTE ON THIS MONTH'S FIRST POLL!

SEPTEMBER POLL QUESTION #1: Which replacement actors are you most looking forward to seeing? 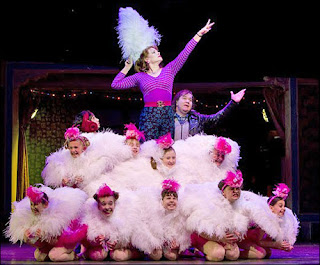 0% - Emily Skinner in Billy Elliot - Maybe it's because she isn't here yet, but I am a little surprised no one is looking forward to seeing the excellent Ms. Skinner's return to Broadway.  Out of sight out of mind?  Or maybe it's Billy Elliot burn out?  Too much else to see?  Or just not a fan?  I'm guessing some of each... 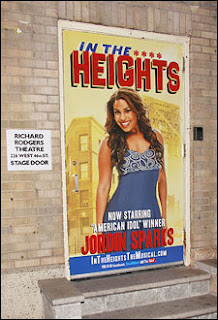 8% - Jordin Sparks in In the Heights - Great show, excellent singer, not so hot reviews...  maybe that's why so few of you want to see this Idol in action.  Or could it be that In the Heights is one of those shows you've seen, enjoyed, but had enough of?  I mean it has been open for a few years now... 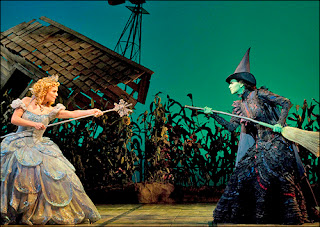 14% - Mandy Gonzalez and Katie Rose Clarke in Wicked -  Sure, this show has been around for ages, but it is a huge hit that people see over and over.  Still, I am surprised that more of you didn't pick the newest duo of witches.  True, they've been in it for awhile now; maybe most of you already saw them?  Trust me - I'm not the biggest Oz fan in the world - I LOVED them in it, and that show is still in AMAZING shape.  (See my review of them HERE.) 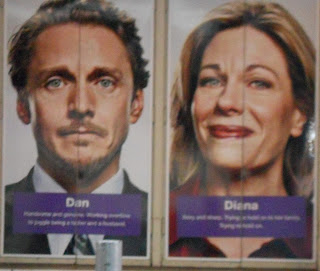 30% - Marin Mazzie and Jason Danieley in next to normal - For awhile, they were the front runners in this poll, but this is still a great showing.  If you loved the show before, I think you'll still love the show.  They are absolutely wonderful in a show that is as sharp and pristine as opening night.  I hear it won't be around much longer, so you really should take one of those huge discounts and get to the Booth Theatre.  (See my review of them HERE.) 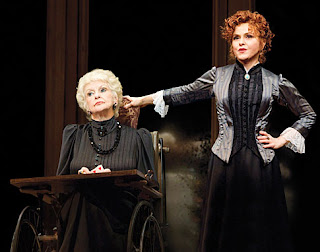 48% - Bernadette Peters and Elaine Stritch - A Little Night Music - If for no other reason that the fact that we are likely never going to get the opportunity to see these two legends on stage together again, it is worth trying to get to the Walter Kerr Theatre to see them.  I didn't care for them as much as some (see my review of them HERE) but I certainly don't regret the experience.  It is living history in an art form that is gone the second the show is over.  And since the revival of House of Blue Leaves is taking over the Kerr this spring, one can assume that when their contracts are up, the show will fold.  Another great reason to buy a ticket.

SEPTEMBER POLL #2: Which of these limited engagement or soon-to-close shows are you most hoping to see before they do close?

One note:  I did not include limited run shows that are part of subscription based/supported companies as those are limited by their very nature (Mrs. Warren's Profession, Women on the Verge of a Nervous Breakdown, Brief Encounter, The Pitmen Painters) though any or all could certainly extend. 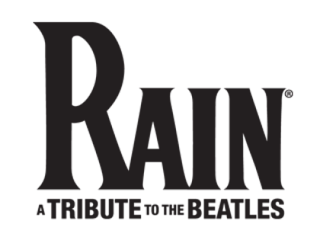 0% - RAIN: A Tribute to the Beatles on Broadway - I guess Beatlemania just isn't what it used to be. 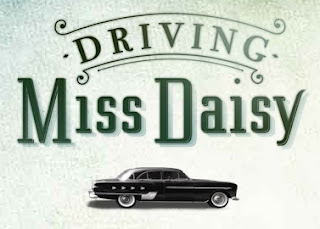 10% - Driving Miss Daisy - I have to say I'm surprised that the number is this low, considering how much hoopla surrounds this revival and the sheer star power of the cast.  Maybe with times so tight, you'd rather spend your "urgent" theatre dollars elsewhere, when a perfectly excellent (Oscar winning) film version can be seen for $1 or less at RedBox or Netflix... plus you get the divine LuPone in a small role in the film..and the superb talents of Morgan Freeman and the late, great Jessica Tandy.

10% - A Life in the Theatre - What? One of the best living actors today and a young up and comer with considerable skills doesn't entice you?  Or maybe Mamet is just a pain in the ass and you've had enough?  Count me in the latter group.

15% - Elf: The Musical - I have to admit, until all of the recent casting was announced, I was only marginally interested in this show.  But Sebastian Arcelus, Amy Spanger, Beth Leavel and the delicious (and HILARIOUS) possibilities of George Wendt as Santa Claus really give this one some decent credibility.  With a score - a preview at Broadway on Broadway got rave reviews from fans - by the guys behind The Wedding Singer I guess this won't be too bad to see...

15% - Fela! - The critical darling of last season, and a favorite of my fellow bloggers, this show should have lasted longer than it did.  It is still doing well, but it is closing January 2, anyway.  I'm guessing long range the sales aren't great.  I'm mostly sorry I missed it, too. 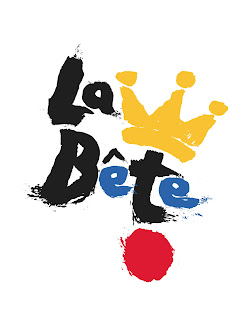 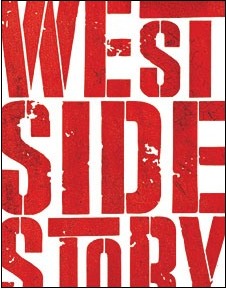 30% - West Side Story - I don't blame you at all.  The hottest cast of dancers, and the best choreography BY FAR on Broadway today makes this a current must see.  The timeless love story and the classic score with original staging make this a classic piece of history must see.  Either way, get there before January 2!  You won't regret it.


Comments?  Leave one here, Tweet me or have an idea for a new poll? email me at jkstheatrescene@yahoo.com
Jeff
2.34
Posted by JK at 12:01 PM