One That Got Away: My Favorite Year

One That Got Away:
My Favorite Year 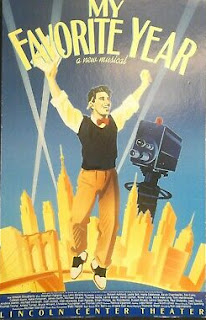 That old saying, "If I knew then what I know now..." is particularly apt when it comes to the biggest flop of the 92-93 Broadway season, My Favorite Year. I could make excuses for why I missed this one: it had a short run, it played mostly over the holidays, I'm not a big Tim Curry fan. But really, it was all of those reasons, plus I was completely unfamiliar with the movie upon which it was based. 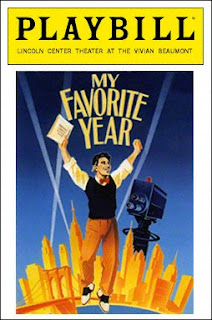 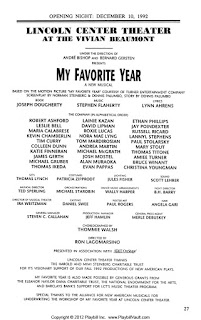 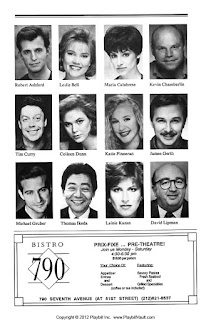 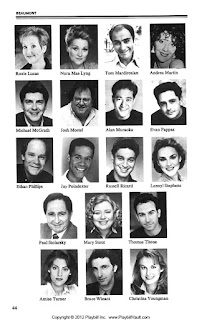 Of course, hindsight is 20/20, as they say, and I still kick myself for missing it.  It all started when I bought the cast recording, and fell in love with the opening number, "Twenty Million People" and the closing number, "My Favorite Year." It was just the second Broadway score by the soon to explode pair of Lynn Ahrens and Stephen Flaherty. 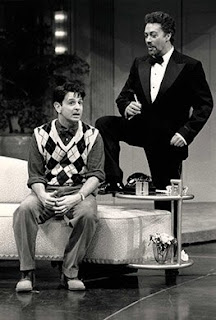 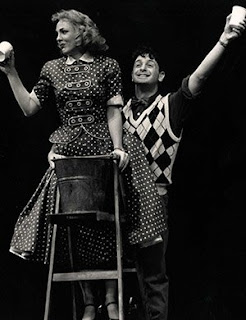 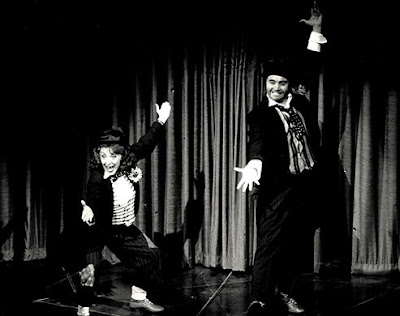 Fast forward through the next 25 years or so. The cast was full of young actors who have become  big Broadway names: Tony winner (8-time nominee) Rob Ashford was a swing, 3-time nominee and future Horton Kevin Chamberlin was making his debut in the ensemble, 2-time Tony winner Katie Finneran was also in the ensemble, as was future Tony winner, Michael McGrath. Then there were the actors who, at the time, were established and known such as Mr. Curry, Evan Pappas, Ethan Phillips, and legendary funny lady Lainie Kazan. The big miss, though, was catching Andrea Martin in, not only her Broadway debut*, but in her first Tony winning role. 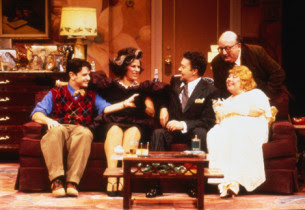 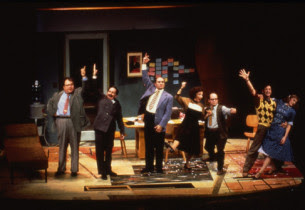 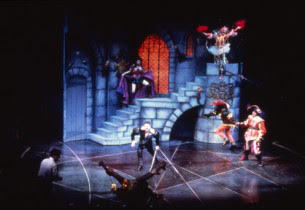 There were so many reasons why this show makes my One That Got Away list.
My Favorite Year began its 45 previews at the Vivian Beaumont Theater at Lincoln Center on October 31, 1992. The show closed on January 10, 1993, following 36 performances. The production was nominated for 3 Tony Awards: Best Actor (Tim Curry), Best Featured Actress (Lainie Kazan), and Best Featured Actress (Andrea Martin). Ms. Martin won the Tony, and was honored with a Theatre World Award.
* - Andrea Martin appeared in a Broadway play, The Freaking Out of Stephanie Blake, before My Favorite Year, but it never officially opened.
#2549
Posted by JK at 7:00 AM

Labels: My Favorite Year, One That Got Away