"Hit Songs" From Broadway Misfires: A Song That Was Cut

As we all know, getting a new musical to Broadway is a long, arduous task, whether the show is a hit or a flop. Along the way, songs are written, re-written, moved around, and even cut altogether. Naturally, that does not necessarily mean the song was bad, but, good or bad, the song just didn't work in the show.
"Hit Songs" From Broadway Misfires:
A Song That Was Cut
One of those songs is actually one of my favorite Broadway ballads. It comes from the 1983 misfire, Baby. I'm lucky that I got to see a really good regional production of the show, and it confirmed that the piece, while imperfect, is as wonderful as the Maltby-Shire score. That score is definitely one of my favorites from the 80's. The song, "Patterns," was sung by the middle-aged woman who finds herself unexpectedly pregnant. Sung by the always wonderful Beth Fowler, this is a gentle song that is quiet in its power. 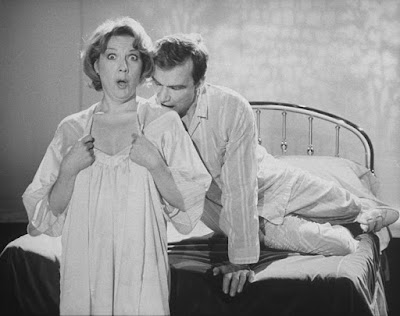 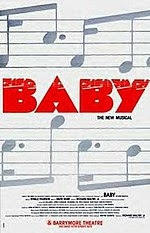 "Patterns" from Baby
Music by David Shire Lyrics by Richard Maltby, Jr.
Sung by Arlene (Beth Fowler)
Favorite Lyrics:
Patterns in my life that I trace every day,

Patterns as I say the things I always say,

Patterns in the ceiling as I lie awake,

Why are patterns haunting every move I make?

Just look, here I am on cue, again.

And yet today, I am not the same,

I feel my life slipping from its frame

And I can't face them, so I shake them hard,

And tuck them safely away,

Why This Should Be a "Hit Song":
Being neither pregnant nor a woman, I have nothing in common with the character beyond being middle aged. Perhaps that why I relate to this song so well. I find myself reflecting on how my life has been up til now, and I can so relate to, especially the final stanza above. I do a lot of "folding up and tucking safely away." All of this is to say that this deserves to be "hit song" for its universality, and relatable honesty. And I think it says a lot that the composers felt so strongly about the song that they included it on the cast recording.
The entire score deserves a listen. If you haven't heard it, check it out!
#2533
Posted by JK at 7:00 AM