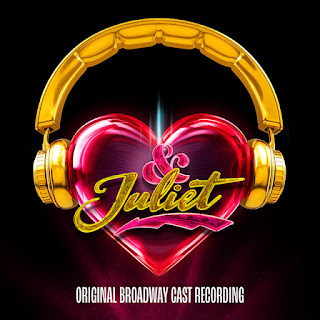 I find myself in an unusual position with this cast recording: I have not yet seen the show preserved here. Nonetheless, & Juliet's OBCR is full of pop tunes from recent decades (all written by wunderkind Max Martin), is worthy of review from purely a music point of view. That said, I reserve the right to adjust my assessment after I see the show in a couple of weeks. 😎 Grade: A
What I Liked:
So, where to start? Well, given that it's a jukebox musical...
1. The familiarity of the songs, coupled with the theatricality of the orchestrations and vocal arrangements. There really isn't a weak song in the 29 tracks on the disc, and unless you live under a rock or a hundred years old, chances are you have heard most, if not all, of them. If all of these recent decades of jukebox musicals have taught us anything, it's that such familiarity is a double-edged sword. They can get messed up by significantly changing lyrics, or the sound of the song being almost unrecognizable. They can also be a problem if they aren't changed at all, with no attempt to match the show they are in. Conversely, a creative arrangement and clever, natural use within the context of a production can be excellent. To that end, with recent shows like Head Over Heels, and more significantly, Moulin Rouge!, the jukebox genre has evolved into something more substantial. Fortunately, the "score" of & Juliet excels on all fronts in these regards. Orchestrators/arrangers Bill Sherman and Dominic Fallacaro have done a wonderful job of keeping what we know and upping the ante with dramatic strings, tempo changes, and vocals that must threaten to shake the walls of the Sondheim Theatre nightly. One thing is clear without even seeing the show: the musicians and ensemble are working their asses off from curtain to curtain!
2. The principal cast is uniformly superb. An amazing blend of seasoned Broadway veterans, London transplants, and first-timers, the entire company is truly diverse. Their energy can be felt through the ear buds or speakers. As I expected, Stark Sands, Betsy Wolfe and Paulo Szot are magnificent, treating each song as if it were a Sondheim (or Kander & Ebb, etc.) piece. They belt and emote and exude joy. Then there's the utterly charming West End star, Melanie La Barrie, who, as Juliet's nurse threatens to take over the whole show! And just from the recording I cannot wait to see all of this new Broadway talent - Philippe Arroyo, Ben Jackson Walker, Justin David Sullivan and the star of the show, Lorna Courtney. I am trying very hard not get too excited... 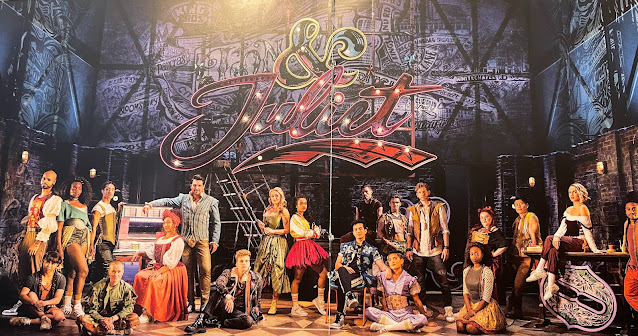 3. The standout numbers.  Here are the songs that are so vibrant and theatrical, I can just tell that the live staging of each must be spectacular and emotional!
The CD:
Posted by JK at 6:30 AM