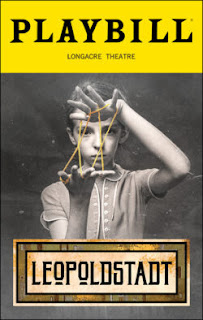 Review of the matinee performance on Sunday, January 15, 2023 at the Longacre Theatre in New York City. Featuring David Krumholtz, Brandon Uranowitz, Betsy Aidem, Caissie Levy, Aaron Neil , Corey Brill, Arty Froushan, Gina Ferrall, Faye Castelow, Jenna Augen and Seth Numrich. A new play by Tom Stoppard. Scenic design by Richard Hudson. Costume design by Brigitte Reiffenstuel. Lighting design by Neil Austin. Projection design by Isaac Madge. Direction by Patrick Marber. 2 hours 10 minutes with no intermission.
Grade: A+
One cannot attend a play by Tom Stoppard and not actively engage with his work. That is most certainly the case with his newest work, Leopoldstadt, a masterpiece by any definition. To pay close attention to this family drama is to work through a maze of dichotomies, conflicts, and twists and turns as though trying to solve a cat's cradle - an apt and frequent symbol used throughout. 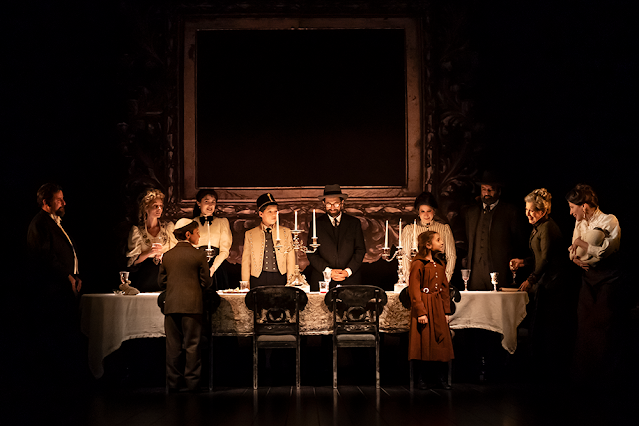 Simultaneously epic and intimate, the show follows a Jewish family through several generations for over five decades from the turn of the 20th century to the mid-50's. It covers a wide variety of topics - Zionism, antisemitism, economics, politics. It examines relationships - marital, parental, sibling - and, at its heart, how those topics and relationships interact, working on a loop, aligning and misaligning like the knots on a cat's cradle. All of this is significant when one considers even a few details - a belief that all of the tumults of the period are either preordained or easily ignored. Each escalation rationalized, dismissed. Such is the history of this family and the Holocaust. As reasonings and excuses are made as the pogroms increase, and the fates of the people are revealed, one becomes acutely aware that all of this sounds frighteningly present. Let this be a warning to all of us. 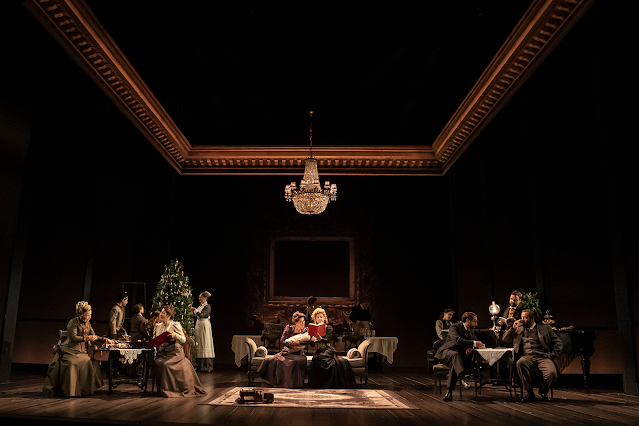 The entirety of the production takes place on a single set (designed by Richard Hudson, projections by Isaac Madge), craftily morphing through time from a warm, sumptuous gathering place to a cold, nearly empty void (lighting designed by Neil Austin), left only with the echos and shadows of both a family and a world history. Director Patrick Marber brilliantly creates vivid tableaux that allow key moments to be frozen as photos in the audience's mind like those in the family album passed down from generation to generation in the play. Marber also creates a pace that makes the time fly, by turns a fast swirl, a slow down to capture details, and a final, revelatory ending. Like the play itself, the directorial and design elements are a brilliant whole - epic and intimate.
Based on a late-in-life revelation about Stoppard's own heritage, one has to assume there is a weight on the actors to bring authenticity and respect to the characters, and I'm thrilled to report that the 38-member cast - from small child to seasoned performer - is uniformly superb. While this is an ensemble piece, there are several noteworthy performances. As the matriarch, Betsy Aidem is a force to be reckoned with, carefully navigating the trick maze of beliefs she must convey to the generations at her holiday party. Not surprisingly, Caissie Levy turns in yet another terrific performance exuding a strong sense of family, no small accomplishment given her smaller stage time. Another reliable actor delivered yet again - Seth Numrich - in two roles, but most notably as a British news reporter. 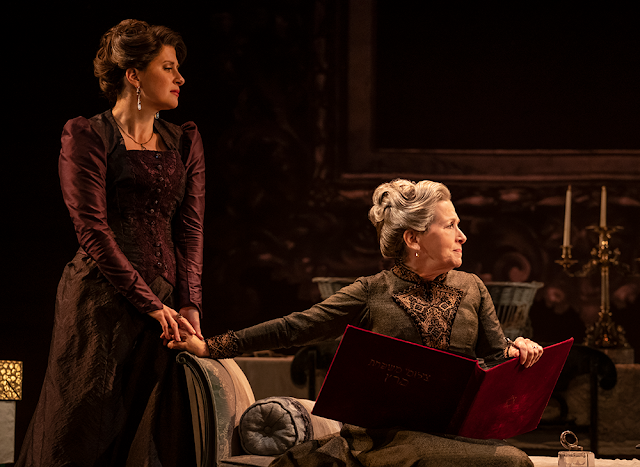 Caissie Levy and Betsy Aidem
The three cast members brought over from the West End cast were superb: Jenna Augen (tasked with playing two generations - both mother and daughter), Aaron Neil (a conflicted, worried father), and particularly, Faye Castelow (a woman with a zest for life, who always wants more than the mundane, and who unknowingly becomes the subject of what becomes one of a few remaining family heirlooms).
Finally, in the two central male roles: David Krumholtz as Hermann, a smarter than he seems blowhard, played with a finesse and intensity that demands your attention; and Brandon Uranowitz as brilliant, eccentric mathematician Ludwig at the start, and later, as Holocaust survivor, Nathan, brings an anchoring gravitas to both roles. In all cases, it was an honor to witness these performances. 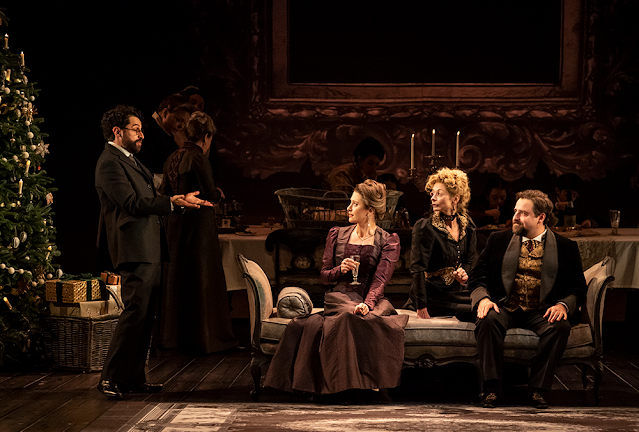 Brandon Uranowitz, Caissie Levy, Faye Castelow, David Krumholtz
So rarely does a play receive such rave reviews as Leopoldstadt. Even more rarely does a production so fully deserve such accolades.This one is as advertised. It is a masterpiece.
📸: J. Marcus
Posted by JK at 6:30 AM