The Broadway Box Office Top 10 calculated it as follows: 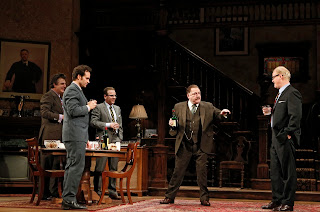 Which recently revived play is about a basketball team?
A.  A View from the Bridge
B.  Born Yesterday
C.  The Boys Next Door
D.  That Championship Season

Complete rules and question 1 is with Monday's blog and question 2 is with Tuesday's blog.  Look for question 4 at the bottom of tomorrow's blog!