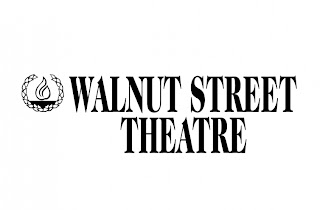 A few weeks ago, my tour of old American theaters continued when I went to The Walnut Street Theatre in Philadelphia, PA to see Aspects of Love.  I am happy to report that it is a first class operation, fully professional in every way - from the Box Office to the house staff to the production values and Equity cast.

There is a reason it is the longest continuously running theatre company.  In short they are the gold standard.  With an annual subscription base that hovers around 56,000 people, they are the largest subscription theatre in the United States.  And with seasons that include the classic, the family-oriented, the ground-breaking and the very latest in plays and musicals, they have something to please everyone and something different for everyone to try each year.

Still to come this season are such shows as The King and I, Buddy, God of Carnage, Doubt, Proof and kid-friendly theatre like Madeline and the Hat, Miss Nelson is Missing, and A Christmas Carol.  So you can see the variety and a likely reason that such huge numbers of theater goers are interested in subscribing.

But the theater itself is reason enough to visit this historic landmark.  All around it, modern buildings have popped up - a glass and brick hospital campus takes up the two corners across the street.  Seeing it, though, you'll have no trouble picturing it as it was when it opened in 1809.  The building, on the outside at least, remains largely unchanged - some paint keeps it fresh, the windows appear to be original or close to it.  The only hint of modernization is the electric lights that fill the vintage looking street lamps.

The Box Office entrance offers the first hint that old and new coexist in this venerable building. A design that suggests a 19th Century opening and 21st Century line up for the latest hit show, makes you feel instantly at home and nostalgic all at once.  And then you step into the lobby, with its long aisle across the front, old, sturdy staircases take you up to the mezzanines, and among the floors are its bars, restaurants and souvenir stands, each with a distinct feeling of yesteryear.  One can't help but recognize the history of the place as photos and paintings of nearly every major production and/or star that has played there adorn the walls, along with row after row of head shots of every actor to play the place since the early 1980's (it is a who's who that is in a constant state of evolution).

Step inside the enormous house and marvel again at the modern feel of the seats and the ghostly echoes of centuries of shows long past.  Spotlessly clean and with comfortable seats at a comfortable distance apart (see New York?  It can be done!), it still feels like you are stepping back in time.  I literally sat in the very back row of the upper mezzanine and was taken by 1) the fact that even as I climbed the mountain, I wasn't winded; 2) I never felt a sense of vertigo; 3) I had leg room to spare.  Most importantly, I had a clear view of the stage and never once felt like I was far from the action.  I could see everything perfectly, including the facial expressions on the actors - and without opera glasses or binoculars!

Here are a few interesting/important facts about The Walnut Street Theatre:

If you get the chance, visit this place!  I'd recommend it to any real theatre fan or history buff.  And if their production of Aspects of Love is any indication, I'd definitely go back to see a show there.

For more on other historic theatre, and on all of the Broadway theaters, click on the "Broadway Theatres" tab at the top of this blog!


Rate this blog below and leave your comments here, or email your thoughts to me at jkstheatrescene@yahoo.com or Tweet me!
Jeff
3.089
Posted by JK at 12:01 PM