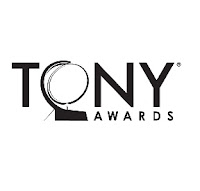 This time tomorrow, all the speculation will be over.  We will know which shows will be honored and which will be left out completely.  There will be the "of course they weres," the "isn't that a nice surprises," the "are they kiddings," and the "how could they have been left outs."  Then the dust will settle, the Tony nominations will be what they are, and speculation will begin anew.  Who will win?

It's funny how much we agreed and how much we disagreed.  Actually, we were pretty even overall, when you add up the numbers per show.  The difference, they say, is in the details.

How does your list compare?  Who do you agree with more?  Let us know by leaving a comment or emailing!

** - Both Mike and I recognize that one or more of the score nominees may be replaced by the score for Peter and the Starcatcher, One Man, Two Guvnors or Gore Vidal's The Best Man.