Having now attended last night's performance of Evita, I have had the privilege if seeing every new musical and musical revival (and a few plays) that opened this season on Broadway.  And having seen seven of them in the last 3 weeks, a certain trend is really noticeable: shows are becoming more and more reliant on projections as a  part of their design scheme.  Heck, there is even a sub-trend within that trend that I'll talk about in a minute. 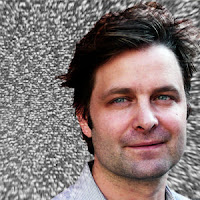 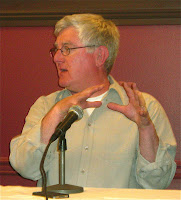 Of course, projecting images during a show is hardly a new thing - the original production of Evita incorporated still photographs of actual people, places and events in Argentina and abroad.  But the level of technology available seems to have exploded in recent years, as has the applicability of that technology to live stage performances.


This wave of multimedia application seems to have its roots back in the designs of The Woman in White, which featured huge panels that bent and curved, giving some of the projections the look of 3D, while the rest were large enough to show entire filmed sequences of elaborate landscapes.  That show began the discussion about the eminent demise of physical sets in Broadway shows.  After all, a few giant screens would be able to accommodate untold numbers of scenes, as opposed to just one.  Less space, less time, less construction, less money.  While I think the physical set is a long way from going the way of gaslights, and theatres without air conditioning, I do think the economics of the world, along with the demand for more and more elaborate shows by patrons with more entertainment choices at their disposal, projections are here to stay.  (Naturally, even though ultimately this could save major money per production, I don't see ticket prices going down...).


Here are a few facts about and uses of projections used in the productions which opened (or will open this week) on Broadway during the 2011 - 2012 season.  There were 41 productions this season: 15 new musicals and revivals, 23 new plays and revivals and 3 solo shows.  Of those, 8 of the musicals/revivals, 5 plays/revivals, and one of the solo shows list a Projection Designer (Jesus Christ Superstar uses the term "Video Designer").  One-third of the new productions this season featured projections - "multimedia", I understand, is about to become the "official" term - which is significant.

Among the uses of these projections in shows that saw were: set locations (Godspell, Ghost, Newsies, Bonnie and Clyde, Spider-Man: Turn Off the Dark); moving locations (Ghost, Spider-Man: Turn Off the Dark); subtitles/location markers (Chinglish, Jesus Christ Superstar); historic footage in support of the topic of the show (Newsies, Bonnie and Clyde, The Best Man, Evita); digital graphics (Godspell, Jesus Christ Superstar, Newsies, Ghost, Spider-Man: Turn Off the Dark); and one show, that for the life of me, I can't remember a projection (Nice Work If You Can Get It).  Other shows that list a Projection Designer that I did not see are: The Mountaintop, Hugh Jackman: Back on Broadway, Wit and The Columnist. (I did not include Magic/Bird, which does not list such a designer, but whose production photos  clearly show projections.  Also, even Off-Broadway is getting into the projection game - both Carrie and Now. Here. This. made use of multimedia.)

And that trend within a trend?  Projecting films - literally movies - on the set to show "close-ups," provide scene transitions, and/or to provide actual historic footage of events.  That happened in Bonnie and Clyde, Newsies, Evita, Ghost and The Best Man.  Imagine how noticeable that is when you see four of those five in less than nine days!


Just how effective this multimedia explosion has been/is/will be I will have discussed in my reviews, a few of which are yet to come.  But I can say that in the recent past, the use of projections were particularly successful in adding to the plays Brief Encounter (the gold standard), Lombardi and The Normal Heart, and the musicals Billy Elliot and Priscilla Queen of the Desert.  On the other hand, they were used to disastrous effect in the musical Wonderland.  Like any other design element, getting just the right amount and not over doing it is a very fine line.