PLEASE TAKE A MOMENT TO VOTE IN THIS WEEK'S HOT/HOTTER POLL
AND VOTE IN THIS MONTH'S THEATRE POLL!
ENTER TO WIN TICKETS TO SEE JEFF GOLDBLUM IN SEMINAR!
(ALL THREE ARE TO YOUR LEFT - JUST CLICK THE ICONS!)

In tough economic times like these, it is always great - and kind of a relief - to hear about businesses that are doing well.  It is even better when the news involves Broadway, aka "The Fabulous Invalid."  Every season, we hear about how Broadway is dying, blah blah blah.

Well, the economics of three of Broadway's biggest hits of all time came to light this week in reports by AP (and tangentially The New York Times and Bloomberg.com) and on Playbill.com.  The first report followed the release of the past week's box office figures.  With a gross of over $2M last week, Disney's The Lion King surpassed Broadway's longest-running show, The Phantom of the Opera in total cumulative gross.  A remarkable feat regardless, it is all the more interesting given that Phantom has a 10 year head start The Lion King, the former having opened in 1988, the latter in 1997, and that the Disney show plays in a theatre with literally only a few more seats.  The difference, of course, is that those few seats add up each week, and more importantly that the average ticket price over the years has been much higher for The Lion King. 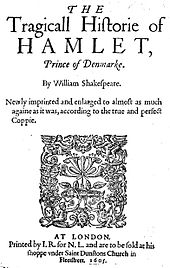 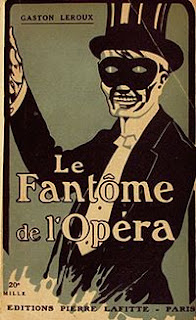 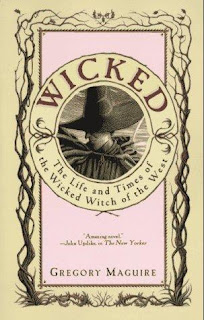 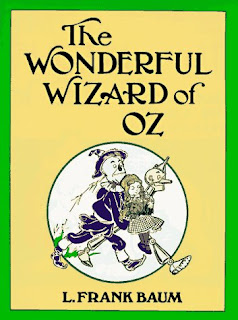 Three shoes based on classic literature

Also out this week was a report about the profits being being made over at the Gershwin Theatre (and worldwide) with Wicked.  Some $300 million in profits are being shared by the investors and the creative staff.  And it mostly seems fair - the authors (novelist Gregory Maguire, book writer Winnie Holzman, and composer/lyricist Stephen Schwartz) are getting the largest piece of the profit pie, with director Joe Mantello doing quite well, too.  Choreographer Wayne Cilento and the designers get somewhat less, but are still multi-millionaires.  (I have to admit that it strikes me as odd that the one creative who most directly still works with each and every production and replacement actor, costume designer Susan Hilferty, makes the least. 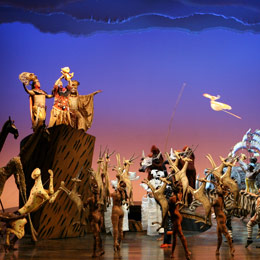 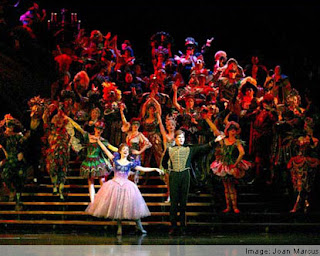 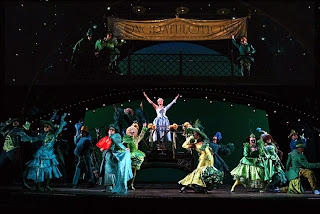 
While all of this is nice to contemplate for those involved, plus the untold millions all three shows have generated for New York and all of the businesses used by audience members, I have been thinking about this in terms of the larger picture - perhaps something all present and future producers, writers and shows should consider.  What is it about these three shows that have made them the cash cow they have become? 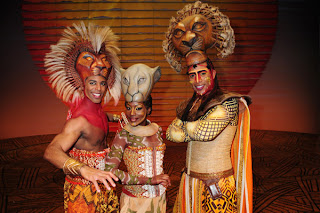 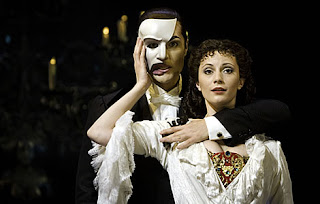 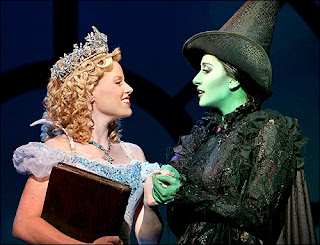 Three shows that are not star-driven
(Wicked makes stars -
above, Megan Hilty and Caissie Levy)

Labels: The Lion King, The Phantom of the Opera, Wicked