Over the weekend, Broadway's 10th longest-running show, Mamma Mia!, resumed performances at its new home, the Broadhurst Theatre.  After a dozen years at the Winter Garden Theatre, the show moved to make room for Rocky: The Musical.  It also moved for economic reasons, I'm sure, since the Broadhurst is somewhat smaller. 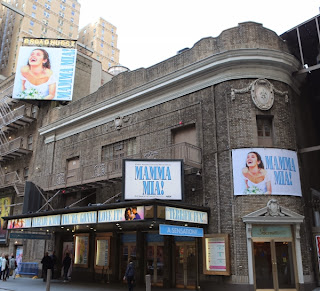 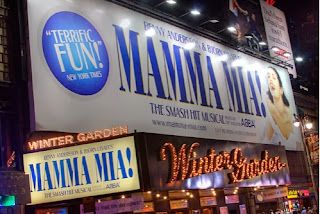 This type of move, while pretty rare, is the latest in a long line of Broadway shows to make a switch (or two, or four...).  Whether the show is moving for economic reasons or to make way for newer productions, both reasons pretty much insure a longer run.  In fact, there are currently five shows in New York that have made the move: Mamma Mia!, Rock of Ages, Peter and the Starcatcher, Avenue Q and Natasha, Pierre and the Great Comet of 1812.  The middle three above "downsized" theatres - Peter  and Q  moved off-Broadway - and the last on the list couldn't find a theatre, so it built one on an empty lot on 45th Street! 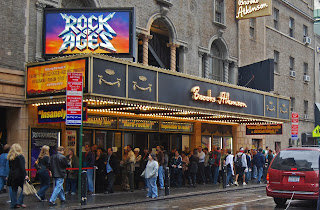 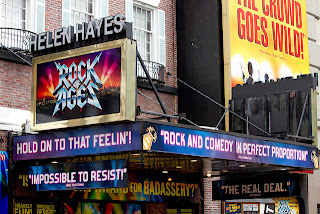 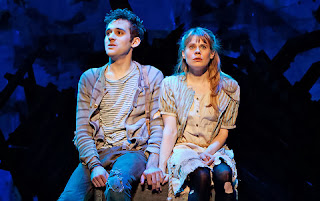 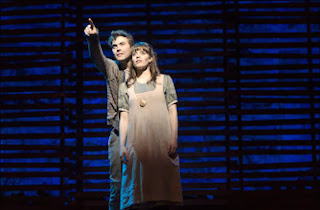 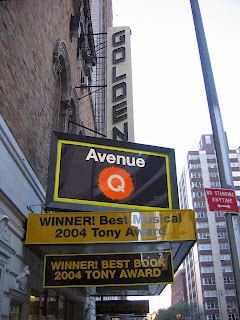 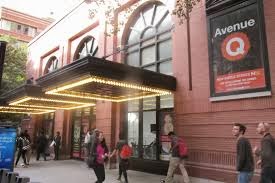 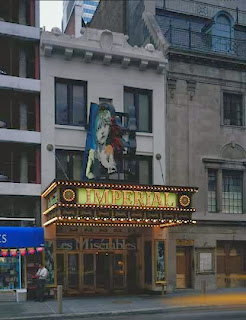 My favorite, though, is the original production of 42nd Street.  A long-runner in its own right (13th longest-running show, 3,468 perfs), this show also paved the way for two more of Broadway's biggest hits.  It opened at the Winter Garden, then moved to the Majestic to make room for Cats, which went on to become the second longest-running show.  It then moved from the Majestic across the street to the St. James, to make room for a little show called The Phantom of the Opera!  Talk about being a good neighbor... 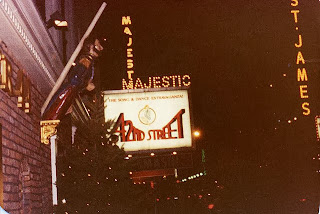