Broadway on TV: This Is Our Youth 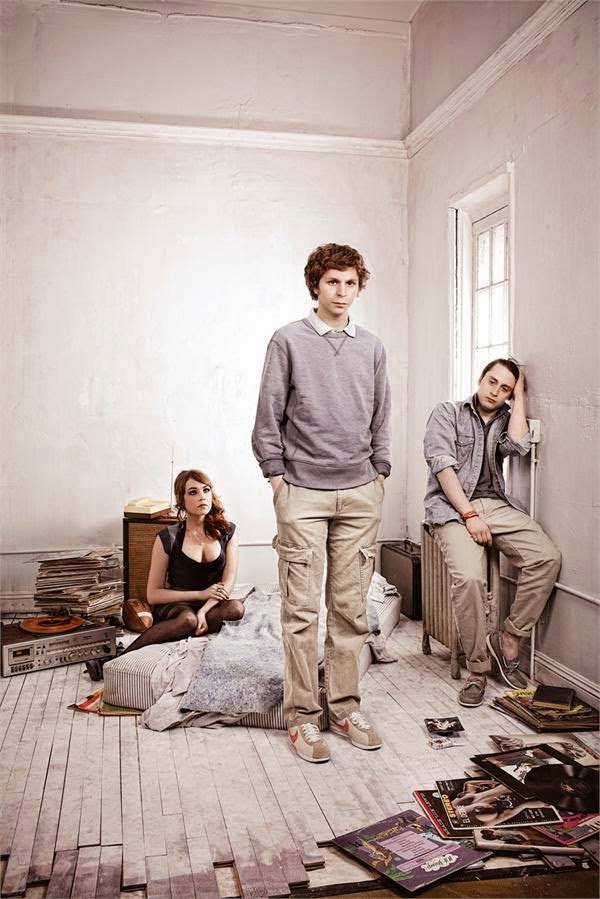 The ad campaign for the play This Is Our Youth, which opens tomorrow, reminds me a lot of the ad campaign for RENT, from the street ad motif (right down to the duct tape and irreverent "placement") to the angst-filled moodiness of the characters they depict. The production photos also support this similarity.  Now, I haven't seen the play, but from the look of everything that has come out about it, I'll assume it is going for the same audience - 20-somethings, full of self-importance and a sad disenchantment with life that love to see themselves and laugh.

The biggest selling point of this production has to be its star, Michael Cera (and to a lesser extent Kieran Culkin, whose older brother is more famous).  Mr. Cera's career to date is largely made up of late teen/early 20's angst-ridden, plain-guy-is-awkward-and-therefore-cute roles.  The TV spot for the play in which he and his cast mates will be making their Broadway debuts plays up this forlorn and goofy quality throughout.  A very wise move - fans of Cera and his type of films (read college students and recent grads) will flock to the Cort Theatre.  I'm guessing that they are throwing in the critical acclaim quotes to legitimize the decidedly un-just-out-of-college ticket prices (money is tight for a lot of this group, after all.)


For those of you who this show is being marketed to that can afford it, this looks like it could be pretty good.  If the show is a well presented as the ad, it'll be a winner.  Of course, they're struggling to get bigger houses and the gross potential percentage is low so far, so maybe the target audience isn't coming.  And maybe their parents, who can afford it, aren't interested.

(I hope my pseudo-negative sarcasm, with a tinge of angst and a disheartening dose of reality comes across.  Get it?)