The calendar says that summer isn't over for about three more weeks, but who follows the calendar?  For me the year runs from September through June, with the occasional something or other in July or August.  This summer was particularly slow (no thanks to Holler If Ya Hear Me, which will be the first new musical that opened that I missed in years).  I did manage to catch a couple of NYMF shows, which were decent, but not great, and I caught both If/Then (A) and Hedwig and the Angry Inch (A) a second time.  I enjoyed both better with these repeat visits.  And I am thrilled to have seen both star turns again as well.  And I filled in a major gap in my musical-going list, the very sweet revival of The Fantasticks (A-).  I'm so glad I did!

Now, let's look forward to this fall (shows that open September through November).  What follows are the shows I am most looking forward to seeing for sure, and those I hope to get to. 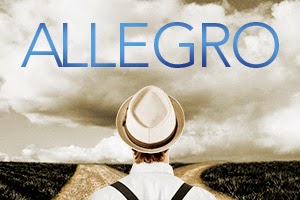 Allegro (Off-Broadway at Classic Stage Company) - I loved what they did with Passion, and I love the chance to see a rarely produced musical, particularly when it involves two greats like Rodgers and Hammerstein.  Plus, it will feature staging by John Doyle, whose work generally amazes me, and will star a great friend of this blog, Claybourne Elder. (Seeing it in November)

The Last Ship (On Broadway at the Neil Simon Theatre) - So, I wasn't all that impressed with the PBS concert of songs from the show.  But I also know that Sting's music and lyrics get better with more study and listening (much like the rest of my favorite composers).  And I really love the new commercial for the show.  I think it will be interesting, no matter what. (Seeing it in October) 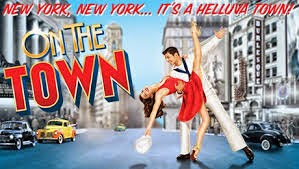 On the Town (On Broadway at the Lyric Theatre) - I have loved this score since I was blown away by the opening sequence in Jerome Robbins' Broadway.  Since then, I've seen the whole show and love the humor and the valentine to New York, New York!  And the commercial/teaser really has me amped up for this revival! (Seeing it in October) 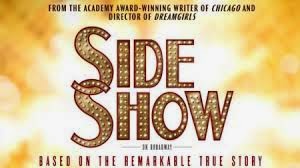 Side Show (On Broadway at the St. James Theatre) - I consider the original production to be among the best shows I've ever seen.  And I really enjoyed this revival at the Kennedy Center.  Naturally, I am looking forward to seeing the show evolve even further - I hope they tighten it even more, improve the choreography and crank up the intensity.  (Seeing it in November) 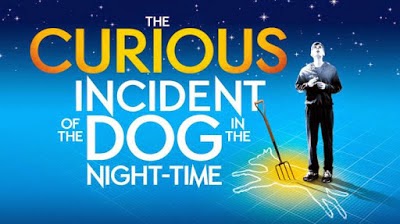 The Curious Incident of the Dog in the Night-Time (On Broadway at the Barrymore Theatre) - I know nothing of the source material.  But the title alone grabs my attention.  I love British things, and i love "event" plays.  Just looking at the London production photos has me intrigued and so excited!  Not since War Horse... (Seeing it in October)

A Delicate Balance (On Broadway at the Golden Theatre) - I've never seen an Edward Albee play I didn't like, so why wouldn't I enjoy this one?  Can it go wrong with John Lithgow and Glenn Close heading the proceedings?  I doubt it.  I really hope I get to this one!

It's Only a Play (On Broadway at the Gerald Schoenfeld) - So far word has it that this production is so-so.  But I have enjoyed everything I've ever seen that was written by Terrence McNally, and a comedy about my favorite subject automatically has me interested.  Add to that a cast of some of my favorite actors - F. Murray Abraham, Stockard Channing and Megan Mullally are at the top of my list (and seeing Ron Weasley all grown up and doing something interesting sounds good, too!). 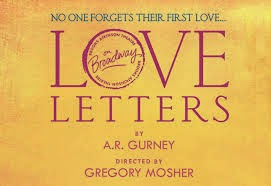 Love Letters (On Broadway at the Brooks Atkinson Theatre) - I first saw this play when I was in college and the national tour came to a nearby city (I saw the late, great Colleen Dewhurst and the wonderful George Hearn), and I was so taken by the simplicity, humor and message of the play.  It is well-written, so I imagine pretty much any good actor would be great.  I'd love to see it with Carol Burnett and Brian Dennehy,  or Alan Alda and Candice Bergen!

It may surprise you that I didn't include You Can't Take It With You (yawn... even with a terrific cast), The Real Thing (I am not a Tom Stoppard fan), or The River (I can take or leave Hugh Jackman).  Well, I can't afford to see everything, and the ones above are the one I really want to see the most.  I hope you'll post comments below (or email me at jkstheatrescene@yahoo.com) and share what you are looking forward to, too!