HOT or NOT Round 2: On the Town 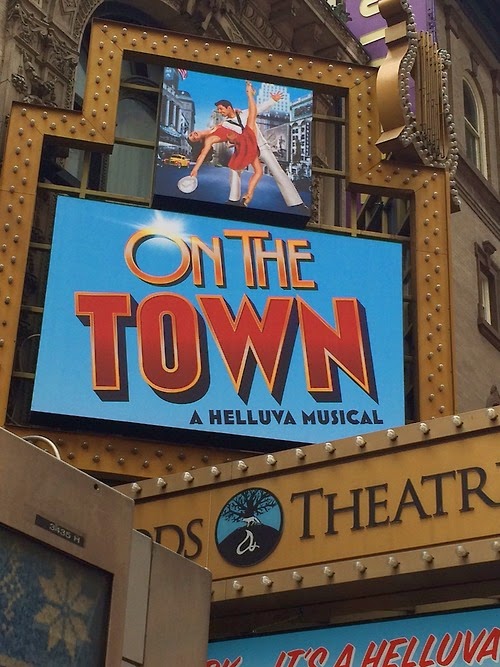 THE POLL HAS CLOSED! THANKS TO ALL WHO VOTED.  THE CANDIDATES YOU SELECTED FOR THE FINALS CAN BE SEEN BY CLICKING THE "HOT OR NOT" TAB AT THE TOP OF THE PAGE.

UP NEXT: THE LAST SHIP EDITION! CHECK BACK SOON!

It's been a few weeks, but HOT or NOT is back!  Next up: the much talked about revival of On the Town!  Lots of singing, lots of dancing, and a generous helping of classic musical theatre - and all performed by some of Broadway's biggest current stars, a few genuine classics, and a gigantic ensemble.  But who among them is the hottest of the hot or the nottest of the not?  Your votes decide!

For the 2014 - 2015 season, I've made a change to the way things will be done, and I hope they make it even easier for you to cast your vote!  As you consider each cast member, all you need to do is click either "HOT" or "NOT".  That is it! Of course, you think is hot or not is up to you.  Is it all just about looks?  Or is it also about talent? Performance? Potential?  To me, it's probably all of these things combined.  BUT THIS IS ALL UP TO YOU!


THIS POLL WILL CLOSE AT NOON ON TUESDAY, SEPTEMBER 30!
(POLL BUTTON APPEARS AFTER THE PHOTOS)

HOT OR NOT: ON THE TOWN