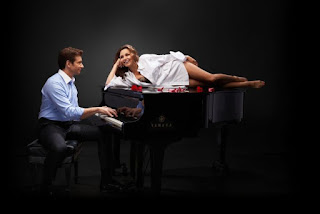 As summer ends, it's fitting that the last of the three musicals of this early season is nearing the end of it's time in the Broadway Heat competition. That's right, Pretty Woman fans, we are sooo close to naming the Hottest Cast Member of the show! You voted for your favorites in The Big 8, and now it's time to reveal The Final 4 AND vote for who goes on to next week's championship round. The voting was very close, and eliminated some big contenders (including Pretty Woman herself, Samantha Barks)! This week will be tough, too. Will you send stars/husband-wife on, or will the chorus boys reign supreme? VOTE NOW!