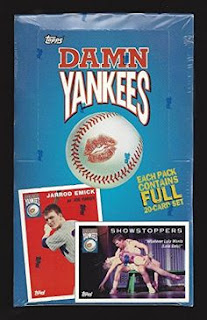 So I was cleaning my bookcases the other day, and I pulled out a large 3-ring binder from the oft-forgotten bottom shelf. Inside were pages and pages of Broadway memories. The back pages included one of my favorite show-specific pieces of merch from the 1994 Broadway revival of Damn Yankees.

I loved that show so much, I saw it 6 times! I loved everything about it - the funny retro-ish book, the delightful score, the dancing, the performances - everything! I also really loved the merch they had - the window card hangs in my living room to this day. But my favorite by far was the set of Topp's baseball cards they sold. I had to have it!

It was a set of twenty, including "player cards," a "team" card, and a few "action" cards (they called them "showstoppers"). The fronts featured vintage-style set ups of cast photos, the curtain call, and some signature production shots. The backs included write-ups about the cards' subjects. Here they are - click to enlarge them! 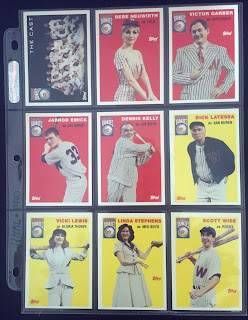 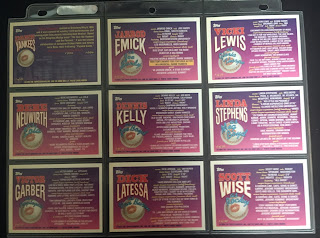 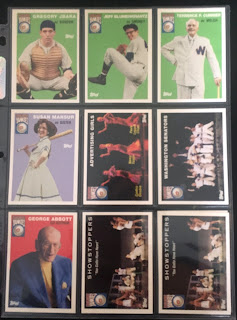 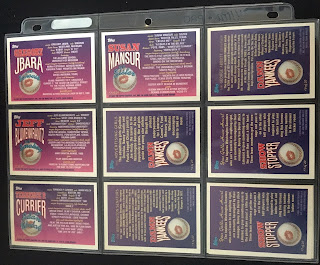 Plus! Here's a look at that terrific revival. I can't believe that was 24 years ago already! 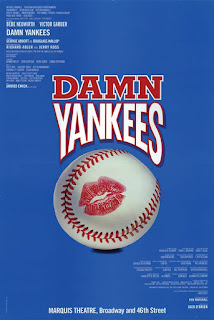 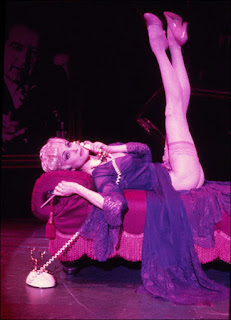 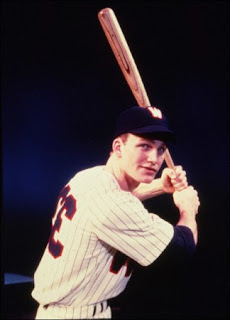 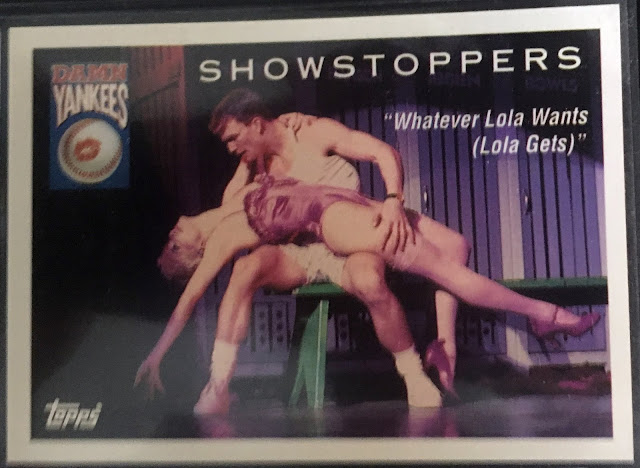 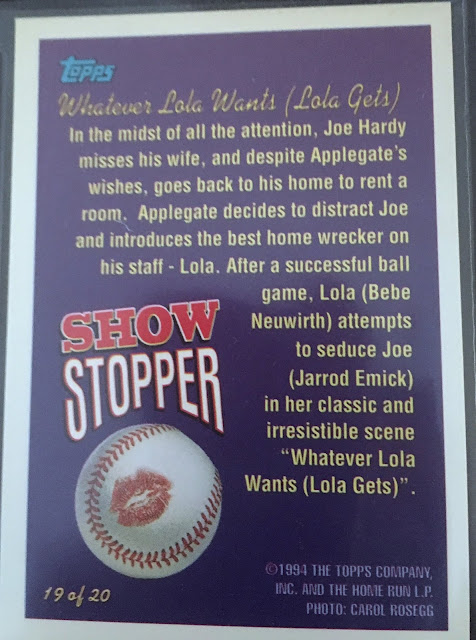 Even though I haven't looked at them in years, the memories came flooding back. And the cards are in pristine shape - carefully encased in baseball card collector sleeves. (Thanks, Dad!)