January 2nd seems like the perfect time to break a New Year's resolution, right? Well, I think I've fallen down another rabbit hole of Broadway collectibles: The Lights of Broadway Trading Cards. 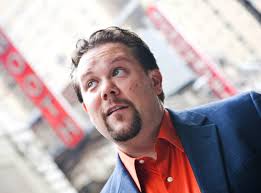 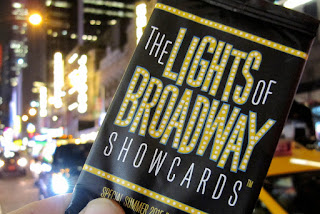 It really was just a matter of time.  I mean, they feature the artwork of my favorite theater caricaturist, Justin "Squigs" Robertson. I went all in, too. I got an "official" binder and several dozen packs of cards from two series: Spring 2018 and The Megamix. I am actually pretty close to a full set of the Spring 2018 cards, and I'm doing pretty well with The Megamix series, too. (That set, as the names suggests, is quite large.) They also have downloadable coloring pages and checklists, which I use. The cards aren't cheap - at $5 a pack, it works out to a dollar a card - though if you order 10 packs at a time, you get an 11th free. 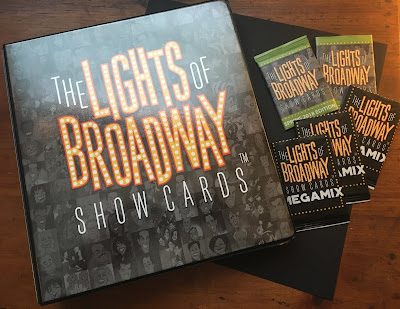 There's something about these that takes me back to my days as a kid when I collected Wacky Packages cards. There's that thrill of anticipation when you open the pack and see what cards you got. Naturally, you hope for no duplicates. And it is super exciting to get a card that represents a personal favorite - I literally squealed when I got my Angela Lansbury card. And my Stephen Sondheim. 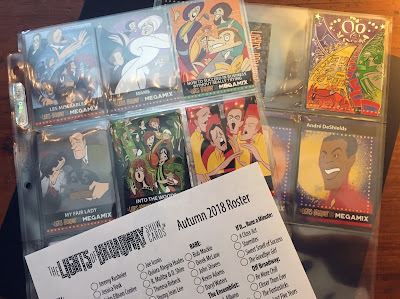 My favorites of each series are the ones that represent shows (the Grand Hotel card is a particular favorite) and folks from "the Golden Age," which are done in a very classy black and white. Then there are the really special, "very rare" cards. I already have the lenticular Evan Hansens and Tevyes cards. Probably my absolute favorite, though, is the very first card I pulled out of the very first pack I opened - a foil card commemorating the BCEFA Flea Market and Grand Auction. It is beautiful and would make a lovely poster. Plus, what are the odds that that card would be my very first??!! 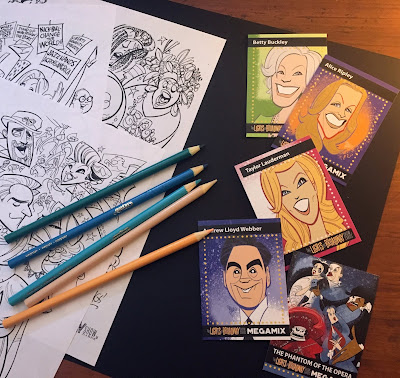 A little more than a week ago, their newest series, Autumn 2018 went on sale. Here's a question, readers: if I ordered some packs of those on December 31st, does that mean I broke my resolution after all?

Side note: I have several doubles from both the Spring 2018 and Megamix series that I am willing to trade for cards I'm missing, or even selling them if you don't want to trade.  Email me: jkstheatrescene@yahoo.com