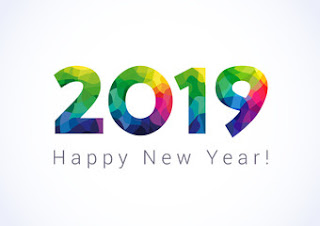 I read somewhere that, among other things, if you make more than three New Year's resolutions, you are more likely to not achieve any of them. I guess that makes sense. Anyway, I made a list and narrowed it down to these three theater-ish thoughts.

If you read this blog with any regularity, you know I have lots of collections. I'm trying hard to collect less, really. Over the last year, I've purchased just three window cards. I literally have hundreds of them. The vast majority will never see the light of day. On the positive side, the three I did buy are all framed and hanging in my living room.

I get great joy from my Playbill and cast recording collections - I look and listen at/to them regularly. Those I will maintain. And over the years, I've stopped collecting pins, buttons and mugs. All steps in the right direction. But...

... read the blog tomorrow to see what might make this resolution difficult. 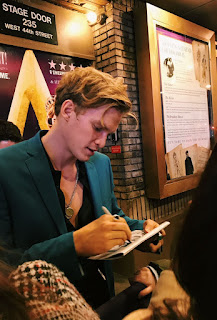 I'm the first to admit I am a big fan of certain actors (you know of my love and admiration for Angela, Betty, Audra, Patti, et al) and shows (you know I obsess over Drood, A Chorus Line, and lately, Head Over Heels). I've even waited at the stage door to get autographs. I've even met a few Broadway folk.  But I have a hard time understanding "stanning." If I understand the meaning of the term, it has to do with obsessing over and establishing "relationships" with Broadway people over social media, then meeting them before and/or after shows, sending them gifts. Taken separately, each of those things isn't too bad. In all fairness, many Broadway folks encourage such interaction.

It does concern me when I read of fights between these stans, or some trying to follow actors home, and I fear for the safety of these actors when I see videos posted of what amounts to assault at the stage door. Recently, for example, I saw a video of a young woman (not a kid) trying to kiss Cody Simpson at the Anastasia stage door. I don't mean a friendly peck on the cheek - not that that's acceptable - either. In any other context, or if he had tried to do that to her, it would be called out as attempted sexual assault. (Read an editorial on that incident HERE.) Add to that reading about perceived slights some of these stans feel when they don't get repeated attention from the objects of their affections, I have to wonder just how far away we are from someone getting hurt or worse.

This will be a tough one to follow through on... but I'll try. 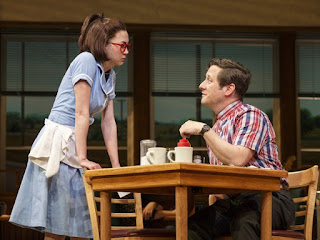 Okay... I'm mostly being funny with this one. True, I get some, let's say, heated emails from people who think I "hate what I don't understand" when I don't give extended coverage to Dear Evan Hansen or Waitress. The problem is, I do understand these shows, which is why they are not on my favorite show list. I find very little to like about the character Evan Hansen (at least as played by Ben Platt). In the real world, he'd be a subject for Dateline. Then there's Waitress' Ogie. Really listen to the lyrics to "Never Ever Getting Rid Of Me." He is a stalker. Period. Spin it as a Hallmark Channel rom-com all you like. He. Is. A. Stalker. What absolutely floors me is that the show is written, scored and directed by well-respected women. Is that why it gets a pass from the #MeToo movement? If anyone even remotely like Ogie pursued any one of them in real life, it would be on the news. And don't get me started on a doctor having sex with a patient, consenting or not.

But I'll let the Hansen and Waitress fans love their shows in peace - which is why I don't constantly write about them. (Actually, this may be the first time I've written at length about Waitress.) Heck, I'm even planning a review of the cast recordings of both in the near future, and I have lots of nice things to say. That's a resolution I'll be able to keep my half of.

In return, how about not grilling me over my love for Come From Away over Dear Evan Hansen or The Band's Visit over Mean Girls.