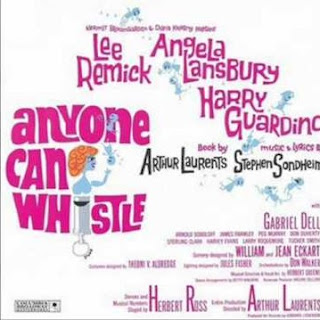 Haven't talked much about the great Stephen Sondheim in awhile, and I've really missed his work. I've seen productions of all but four of his shows; only Saturday Night, The Frogs, Do I Hear a Waltz?, and Anyone Can Whistle stand between me and the "complete Sondheim Collection." But any true Sondheim fan will tell you, you don't have to have seen the show to appreciate his work.  That is certainly the case with Whistle, which has one of my favorite scores, and contains a few of my favorite songs from his entire catalog. So, today, I turn back the clock and share my thoughts about the Original Broadway Cast Recording from 1964.

Seven years after West Side Story, just two seasons post-Forum (his first solo effort), and six years before his golden age began with Company, this show looked great on paper - Sondheim was fresh off a hit show, the book and direction were by the legendary Arthur Laurents, and the design team had William and Jean Eckart (sets), Theoni V. Aldredge (costumes) and Jules Fisher (lighting), all masters in their fields. The amazing orchestrations are by one of the greatest of all time, Don Walker. (Look up his credits - you will be in awe!) On the other hand, the three leads, Harry Guardino, Lee Remick and Angela Lansbury, were already established Broadway actors, but all three were making their musical debuts with this show. History, of course, shows that all three went on to big careers on stage and screen. But in 1964, it was a fair gamble to have their names above the title.

Turns out the biggest gamble was the show itself. An odd story, that included a scene where the lights went out and came up on the cast sitting in theater seats watching the audience, probably didn't cause great word of mouth. And the score, which today we'd say is typical Sondheim, was probably hard for audiences who were in love with Hello, Dolly!, which opened directly across the street a few months earlier. Today, we say things like, "it was ahead of its time."

My favorite songs include the great overture, the sharp "Me and My Town," the sweet, sad "Anyone Can Whistle," the rueful "Parade in Town," and the catchy, reflective "Everybody Says Don't." And I would kill to see "Simple" fully staged. It goes without saying that I love every single second that Ms. Lansbury is heard, and Ms. Remick offers a dramatic turn throughout. Aside from Lansbury, only Mr. Guardino appeared in another musical (Kander and Ebb's Woman of the Year), and here shows why it is a shame he didn't do more musicals.

Revisiting the CD for this column has put Anyone Can Whistle back in my show tunes rotation. Sometimes, I also play the more complete concert version. Both are terrific, but there is something to be said about the original. Here's hoping a good show doctor and/or director can put this tale of fake news, hypocritical religion, corrupt government, and mass insanity on the stage. Sounds remarkably relevant to me. 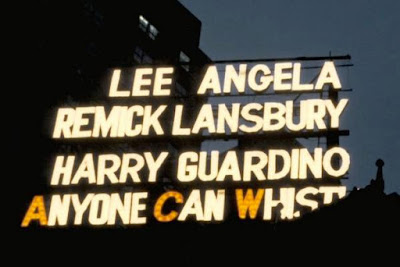 A FEW FUN FACTS ABOUT ANYONE CAN WHISTLE...


More pictures from the 1964 production: 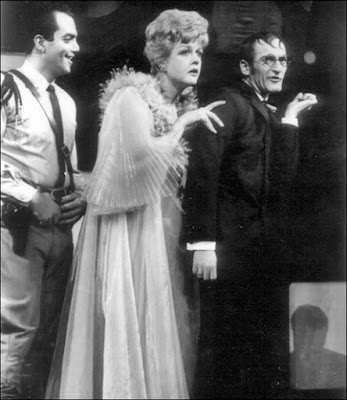 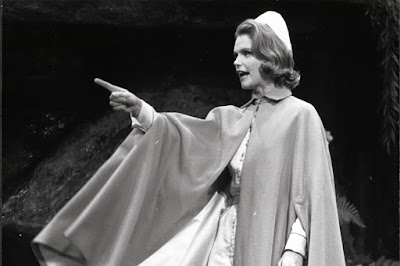 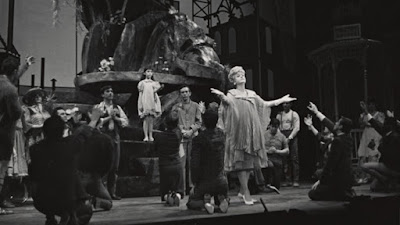 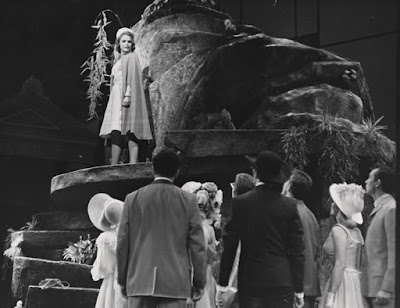 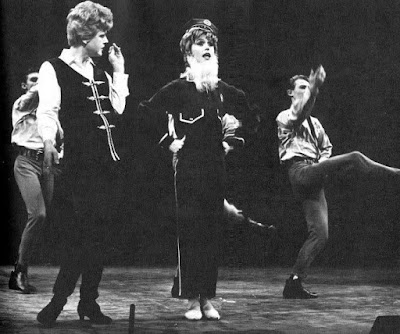