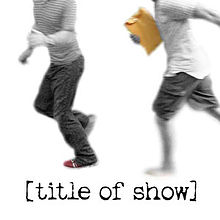 This week, we start with the biggest hit with the longest run, and end with a high-profile, star-powered flop. Just goes to show that the longest-running show and a disappointing show can both have great title tunes. I hope you enjoy the versions I picked - not all are original Broadway casts. Enjoy!


THE PHANTOM OF THE OPERA (Opened January 26, 1988 at the Majestic Theatre)

My favorite song in the show, and here, sung gloriously by Sierra Boggess and Ramin Karimloo, the song sounds better than ever!

KISS OF THE SPIDER WOMAN (Opened May 3, 1993 at the Broadhurst Theatre)

Here's a clip from an old Today Show that has Broadway's original Mrs. Potts, Beth Fowler singing this lovely song to a waltzing Andrea McArdle and Stephen Blanchard. Pass me a Kleenex...

Here's your two-fer. First up, this is international star Kris Philips (Fei Xiang) singing the song with The Music of Andrew Lloyd Webber in Beiging.

And here's the Broadway original, Alan Campbell. (If I'm being totally honest, I think the revival's Joe Gillis, Michael Xavier, was my favorite.)

I love this title tune. It is catchy, full of witty word play, and so Broadway! Plus, there's Julie Andrews, Tony Roberts, Michael Nouri and Gregory Jbara!

(Click "Watch this video on You Tube" and fast-forward to 1:33. The sound is fine at that point, too.)

Labels: Beauty and the Beast, Friday 5, Kiss of the Spider Woman, Sunset Boulevard, The Phantom of the Opera, Victor Victoria