Best of the Decade: Up and Comers, Part I 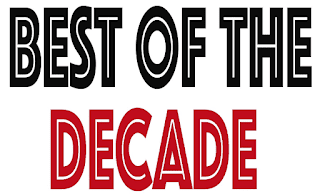 Over the past ten seasons, theater fans were blessed with some amazing performances, design marvels and directorial wonders from from lifelong favorites. But the decade also brought us the beginnings of brilliant careers across the entire professional gamut of the art form. We have chosen 25 of these Broadway Up and Comers who have won not only our hearts, but our respect and hopes that what they started will continue far into the future.
Here is the first half of our alphabetical list:
Best of the Decade:
Broadway
Up and Comers, Part I

Michael Arden (Director)
2010s Accomplishments: Spring Awakening (Tony nomination), Once On This Island (Tony nomination)
Looking ahead: While we've followed him for years as an actor (and we hope he continues to do this, too), it's his directorial brilliance that caught our eye and our heart with his beautifully realized, imaginative revivals. More of this - and new shows, too - please, Michael!

Denée Benton (Actor)
2010s Accomplishments: Natasha, Pierre and the Great Comet of 1812 (Tony nomination), Hamilton; 2017 Theatre World Award
Looking ahead: We knew the minute she bounded on stage as wide-eyed Natasha that we wouldn't be able to take our eyes off of her. Her Eliza was just as enthralling. What leading lady role will she take on next? We can't wait.

Reeve Carney (Actor)
2010s Accomplishments: Spider-Man: Turn Off the Dark, Hadestown
Looking ahead: He's our favorite snubbed actor of the decade. He was terrific in Spider-Man, and he was not the problem there. And how he didn't get nominated for his heartbreaking Orpheus in Hadestown is still a mystery. Let's see him in more shows!

Rachel Chavkin (Director)
2010s Accomplishments: Natasha, Pierre and the Great Comet of 1812 (Tony nomination), Hadestown (Tony Award)
Looking ahead: She directed two of our favorite shows ever. Just keep doing what you are doing, Rachel. We just hope our hearts and minds can take it!

Andrew Barth Feldman (Actor)
2010s Accomplishments: Dear Evan Hansen; 2018 Jimmy Award winner
Looking ahead: True, he as only one credit so far, but anyone whose performance completely changes our mind about a whole show moves right to the head of the line. Plus, he's a tireless Broadway cheerleader, which we wholeheartedly endorse. What's next Andrew? College? Don't forget us.

Celia Rose Gooding (Actor)
2010s Accomplishments: Jagged Little Pill
Looking ahead: Here's another one credit wonder, but she is dazzling in her Broadway debut as Frankie in Jagged Little Pill. The theater world is hers for the taking!

Lena Hall aka Celina Carvajal (Actor)
2010s Accomplishments: Kinky Boots, Hedwig and the Angry Inch (Tony Award)
Looking ahead: Well, yes, she's had several credits prior this past decade (Cats, 42nd Street, etc.), but it wasn't until Kinky Boots that we really noticed her. And we haven't lost track of her since. We have a feeling the next ten years with be all about Lena!

Lucas Hnath (Playwright)
2010s Accomplishments: A Doll's House, Part 2 (Tony nomination), Hillary and Clinton
Looking ahead: His plays are smart, witty, and have a lot to say. And he has Laurie Metcalf as a muse. The future looks bright with him in it.

Caitlin Kinnunen (Actor)
2010s Accomplishments: The Bridges of Madison County, The Prom (Tony nomination)
Looking ahead: You can always count on this winning young lady to make you feel something deeply when she performs. We'd love to see her in another musical comedy and soon!

Telly Leung (Actor)
2010s Accomplishments: Godspell, Aladdin, Allegiance, In Transit
Looking ahead: Here's another talent with pre-decade credits, who really caught our attention - in Godspell. We've enjoyed him in everything we've seen him in, even if we liked the shows less. He has a very bright future in our eyes.

Sydney Lucas (Actor)
2010s Accomplishments: Fun Home (Tony nomination)
Looking ahead: My eyes fill up at just the thought of her sweet voice singing, "Can you hear my heart saying 'hi'?" Can't wait to see what the years ahead have in store for this master talent.
#2378
Posted by JK at 7:00 AM

Labels: Best of the Decade