One That Got Away: A Bronx Tale: The Musical 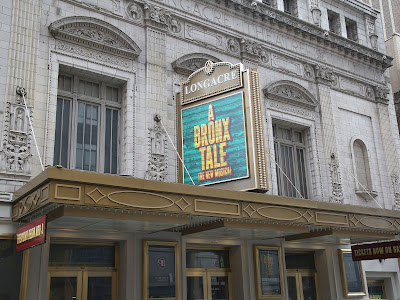 The 2016 - 2017 Broadway season was somewhat remarkable for me in that I managed to miss seven new musicals that opened. Seven. I'm not sure why that is, aside from the fact that so many musicals opened that year. I have varying degrees of regret about each one, but the one I kick myself the hardest over is A Bronx Tale: The Musical.
There really is no excuse. It ran for a long time (amazing for a show that got zero award nominations), and there were plentiful discounts. I did see the play version several years ago and enjoyed it quite a bit. We must have passed the Longacre Theatre dozens of times over the year and a half it was there, and never once did we even consider seeing about getting tickets. 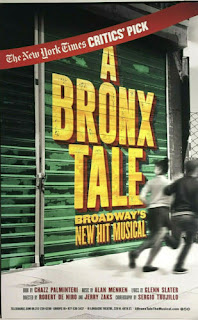 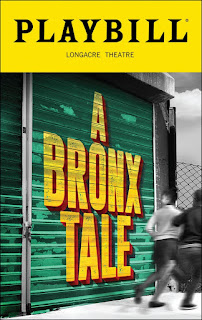 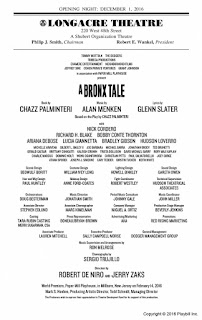 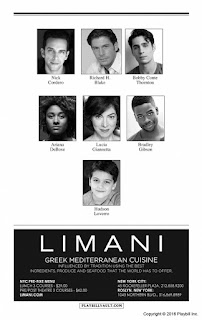 Now, looking back on it, it really was One That Got Away. I regret not seeing how a good one-man play was expanded and opened up to have a full cast of characters. And then there's the score by Alan Menken and Glenn Slater, both of whom have a resume of work that I thoroughly enjoy and respect. But mostly, I regret missing out on the amazing original Broadway cast. 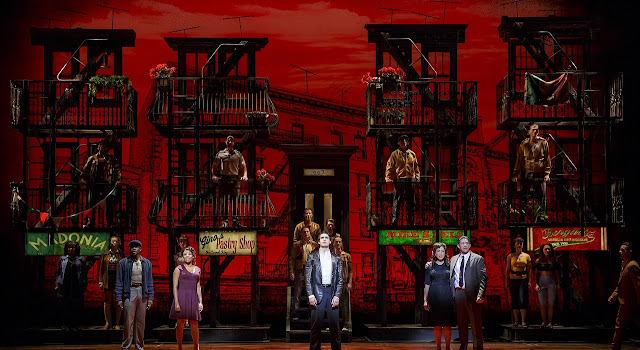 Amazing how many the cast has gotten so well known in the short time since the show opened four years ago this week! Richard H. Blake has long been on my radar - all the way back to his child actor days in Teddy and Alice and The Will Rogers Follies, and, of course, more recently in Legally Blonde. It would be really nice to be able to say we were there for the Broadway debuts of both Bobby Conte Thornton (Company) and Christiani Pitts (King Kong). Another actor I've admired for some time is Ariana DeBose, who's star has exploded these days, what with Hamilton on Disney+ (she's "The Bullet"), The Prom on Netflix, and Steven Spielberg's West Side Story. That I missed her in A Bronx Tale will probably gnaw at me for a long time. But my biggest regret, for obvious reasons, is that we missed Nick Cordero's final Broadway turn. His death pains us all.

Labels: A Bronx Tale, Ariana DeBose, Nick Cordero, One That Got Away