One That Got Away: The Adventures of Tom Sawyer 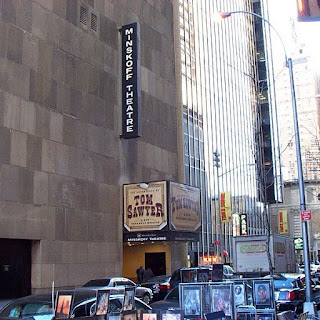 How I missed The Adventures of Tom Sawyer in the spring of 2001 is a mystery to me. I mean, it checks a lot of "musicals I'm interested in seeing" boxes. First, it is based on the classic novel by one of my all-time favorite authors, Mark Twain. Next, it had to be a great companion to another Twain-based musical that I really enjoyed, Big River: The Adventures of Huckleberry Finn. It featured a book by then go-to guy Ken Ludwig of Crazy For You and Lend Me a Tenor fame, and, most deliciously, a score by an unknown to theater, who wrote the catchy story-song, "The Gambler," Don Schlitz. And most definitely a cause to see the show: a cast of Broadway regulars and new comers. It's always great to see who is up and coming! All of those reasons to see Tom, Huck, Becky and Aunt Polly, and I still missed it. It probably had all to do with the fact that it was short-lived.
One That Got Away:
The Adventures of Tom Sawyer
(2001) 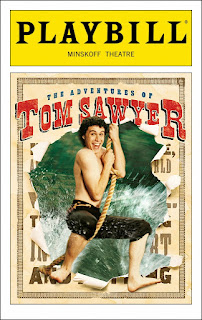 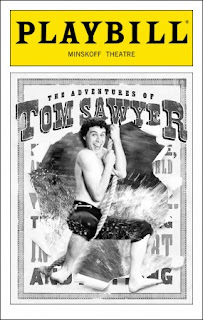 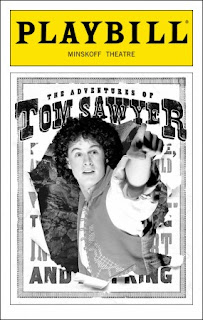 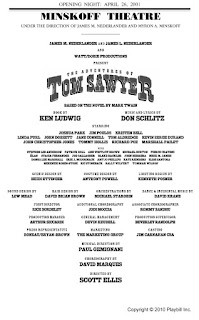 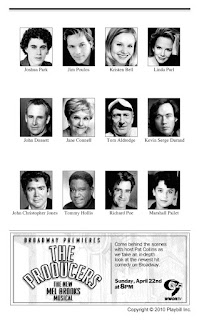 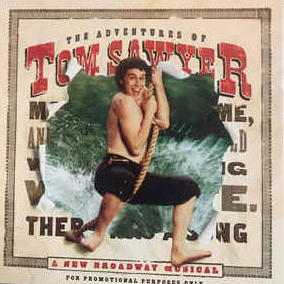 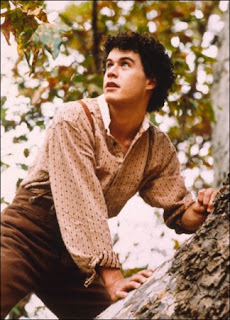 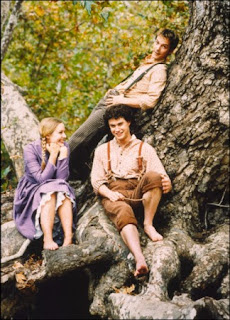 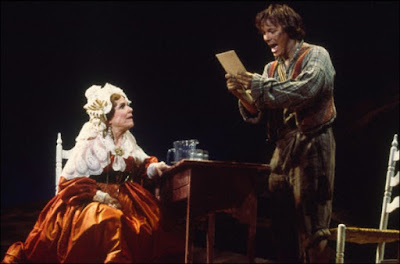 Jane Connell and Jim Poulos
The Adventures of Tom Sawyer played 34 previews and 21 performances at the Minskoff Theatre. It was nominated for 4 Drama Desk Awards, including Best Sets, Best Costumes, Best Lighting and Best Orchestrations. The show was also nominated for two Tony Awards - Best Scenic Design and Best Lighting. Joshua Park won a Theatre World Award for his debut.
#2469
Posted by JK at 7:00 AM

Labels: Kristen Bell, One That Got Away, The Adventures of Tom Sawyer