One That Got Away: Footloose 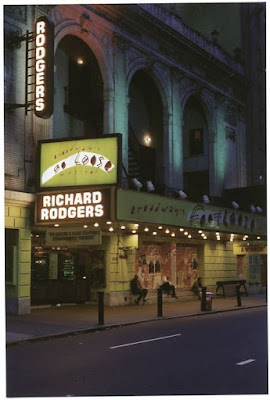 One That Got Away:
Footloose
(1998)
In the late 1990's I was in the middle of my "theater snob" period, and I missed a lot of fun shows. One of those is the subject of this month's One That Got Away. Frankly, there really is no excuse for my absence from the Richard Rodgers Theatre. It was there for over a year and a half, and one of its stars, Dee Hoty was (and still is) one of my favorite actors. It also featured a handful of my favorite actors from the recent revival of Grease, like Hunter Foster and Paul Castree. (I saw Grease an embarrassing number of times, but was too uppity for this??!!) The truth is, missing Footloose was most ridiculous because I have a sentimental attachment to the film upon which the musical is based. You see, the movie was a huge hit the week I graduated from high school, and a group of my friends and I went to see it together one rainy night during our post-graduation beach trip. It was the last time all of us would be together. How did I not go? 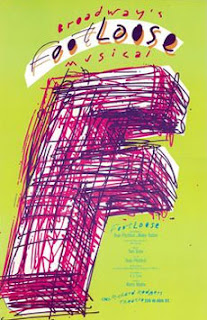 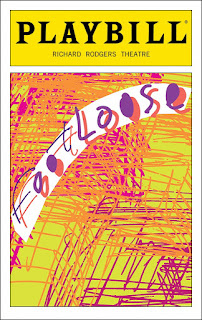 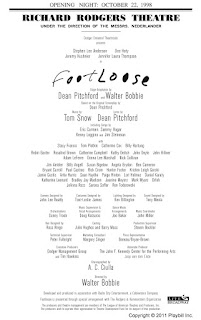 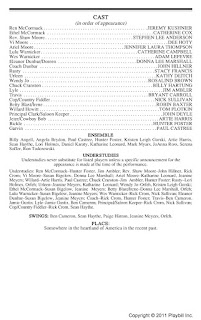 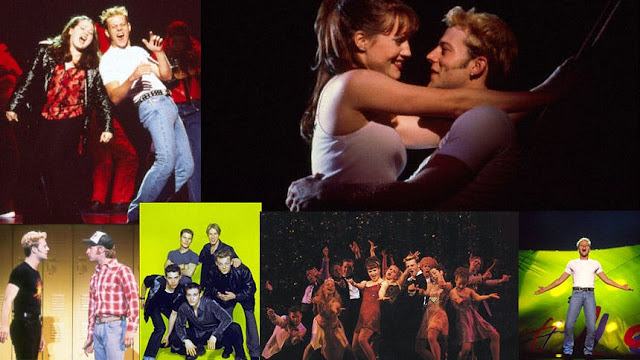 As a theater-goer, I recognize that it (like most shows, honestly) was not exactly "theat-ah." But I'm sure it was plenty entertaining. Also, and most importantly, I missed the opportunity to see a number of now-beloved Broadway actors making their debuts on the Main Stem. Among them were dancer Ron Todorowski, the legendary Orfeh, and the entire company was led by two newbies - Jennifer Laura Thompson as the rebellious preacher's daughter, Ariel, and Jeremy Kushnier as the city slicker upstart, Ren. Among the show's notable replacements were such actors as Jenn Gambatese, Mary Gordon Murray, Curtis Holbrook, and future multi-Tony-winner, Christian Borle.
No matter how I slice it, I really missed out. 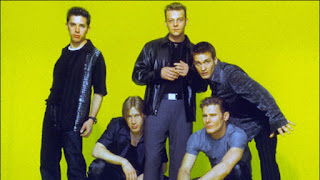 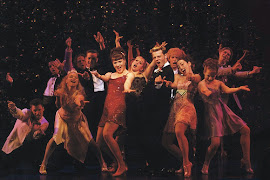 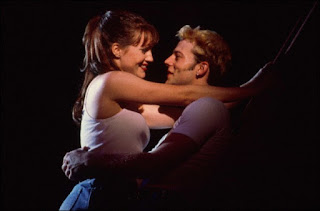 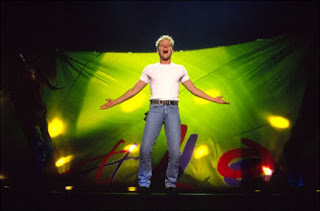 Footloose began its 18 previews at the Richard Rodgers Theatre on October 5, 1998, and opened there on October 22, 1998. The production was nominated for Best Choreography, Best Actress in a Musical (Dee Hoty), Best Original Musical Score, and Best Book of a Musical. Footloose closed on July 2, 2000 following 709 performances.
Did you see Footloose ?
Tell us about it! Email: jkstheatrescene@yahoo.com or Tweet us: @jkstheatrescene
#2564
Posted by JK at 7:00 AM

Labels: Footloose, One That Got Away