At This Performance: Van Hughes in American Idiot 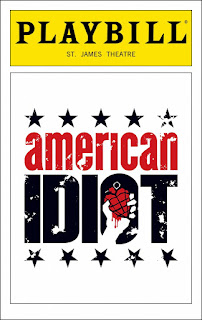 Back in April, Mike wrote an article about his favorite performance of the role of St. Jimmy in his favorite musical, American Idiot (HERE). Today, he shares his thoughts on one performer who understudied all three principal male roles, a performer he had the opportunity to see in all three roles!
At This Performance:
Van Hughes in American Idiot

In the original Broadway run of American Idiot, Van Hughes served as understudy for all three of the young men whose story the show is about: restless wanderer Johnny, sudden family man Will, and injured soldier Tunny. In this blog, Jeff has invited me to reflect on my experience seeing Hughes in all three of these roles during my multiple trips to the show.

I first saw Hughes take on the role of Will, who is unable to accompany his friend Johnny on his adventure when he finds out his girlfriend is pregnant. While this seems to me like the most straightforward of the three roles, it’s also true that the actor playing Will is on stage almost the whole time and has to create some kind of character arc out of a small amount of material. Van Hughes’ take on the role was just as compelling as – and, to be honest, very similar to – that of Michael Esper, the regular performer. The main difference that I noticed was their vocal delivery in “Novacaine” and “Nobody Likes You,” for which Hughes gave a more traditional reading alongside Esper’s deliberately strained thinness. They were both great in the part, and they even looked a little bit alike. 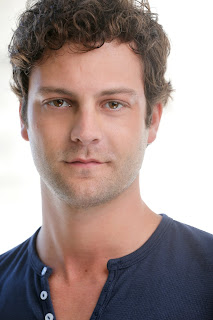 I next saw Hughes when he substituted for Stark Sands in the part of Tunny, who runs away with Johnny to the big city but quickly finds himself being seduced into the army. Once again, Hughes pretty much nailed it, but in this case I must admit that Sands had the edge. Some of the reasons were a bit superficial: Stark Sands simply looked the part of someone who has it in him to be both a trouble-making slacker and a clean-cut soldier, whereas Van Hughes’ vaguely edgier look didn’t fit so well here. The “Extraordinary Girl” flying sequence was noticeably less tight when Hughes was in the role, especially the speed of some of the rotations (but this is something that I’m sure would be corrected if he had played the role for a longer term). And, although I don’t know exactly what the ranges are for the parts, it seemed like Hughes’ voice was not quite as well-suited to the relatively high tessitura of a song like “City of the Dead.” But these are largely quibbles from someone who saw the show too many times. Hughes gave a convincing performance, wringing out all of the heartache and uplift to be found in the journey of Tunny, whose story is somehow both the most tragic and ultimately the most joyous in the show.

I was finally able to see Hughes’ take on the central character of Johnny for the first - but not nearly the last - time when he played the role opposite Melissa Etheridge as St. Jimmy. And even though Etheridge is a genuine star in real life, it was Hughes who gave the standout performance, delivering a stunning interpretation of this very enigmatic role. It would be impossible to give a ranking of his performance with respect to that of regular star John Gallagher, Jr.; it doesn’t even feel quite right to compare them. While both performances were finely tuned to the role, their choices were categorically different, with very different benefits and rewards proceeding from these choices. 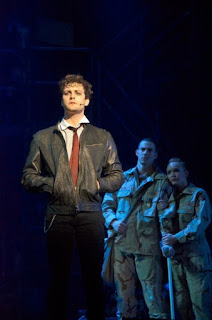 If you saw Gallagher in the role of Johnny, you know that he created a unique, fascinating character played with amazing discipline and precision. His Johnny was also, I think, rather stylized, a creation perfectly suited to the world of American Idiot but perhaps, I must admit, not very much like any person I’ve met in the real world. (This is not really a  criticism, and I’ll just leave it at that, since the topic here is Van Hughes.) Anyhow, all of this discipline and precision also meant that Gallagher’s performance was tightly constrained – and that’s something that was not at all true of Hughes’s performance, with very affecting results. Hughes attempted to show nothing more than a regular guy, slightly bored and resentful of his home situation, who decides to go on what he thinks will be an exciting journey but which will really end up dragging him down to hell and back. This was perhaps not as tightly wrought or ambitious a characterization as Gallagher’s, but the rewards were just as potent, because Hughes was very convincing in his vivid highs and exquisitely painful lows. 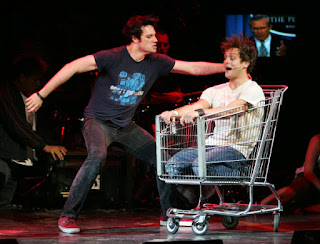 And so Hughes’s Johnny jumped up and down like a little boy on Christmas morning when he was about to leave with his best friend on a cross-country trip; when he got there, he swung his guitar playfully as he delighted in the prospect of conquering his new city. (Gallagher’s Johnny, so tightly wound from start to finish, would never do these things, and we wouldn’t want him to). Having established this, Hughes enabled himself to really bring out the horror of Johnny’s steady descent. And it was a nuanced, incremental one: although the effects of his drug use were starting to change him, Johnny was still basically a happy and optimistic guy when he first made love with Whatsername; much less so the second time, as St. Jimmy’s influence grew and the drugs became as important as the sex; and still less so by the time he sang “When It’s Time” to her as she slept. By the time he was threatening her with a knife (“Know Your Enemy”), the descent was complete, but significantly more shocking under Van Hughes’s performance, because this is something we could never have imagined of the young man at the start of the show. 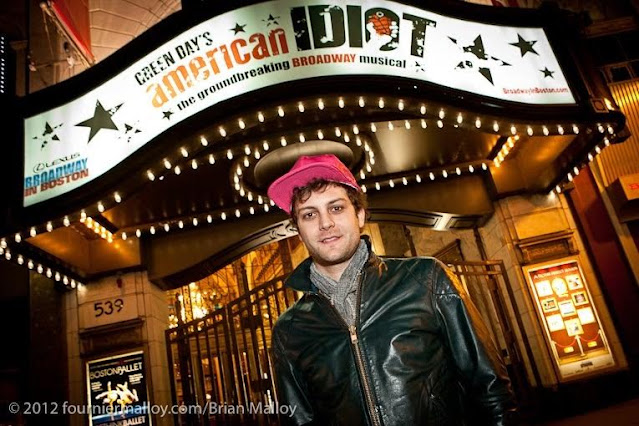 Hughes went on to succeed Gallagher as the regular portrayer of Johnny on Broadway - not a surprise, considering how compelling his “trial run” proved to be - and he also headlined the show when it began its national tour. This gave me the opportunity to see his wonderful performance several more times, and it only got better as he gained experience in the role.