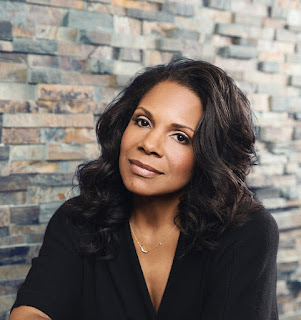 This week, we celebrate another amazing woman - another July 3rd birthday lady - who thrills with everything she does, on TV, on film, and, of course, the Broadway stage. With a record 6 Tony Awards (and several more nominations!), and critical acclaim that accompanies everything she does, it's safe to say that Audra McDonald is a living legend.
Celebrating Audra McDonald:
Our Favorite Moments
(in no particular order)

Sarah singing to her child ("Your Daddy's Son") in Ragtime (Broadway) - A touching moment in a show full of them. And yet, her heartfelt performance is the one that sticks in my memory. So beautiful.

"Mr. Snow" in Carousel (Broadway) - She was very joyful and sort of sexual.  She played up the ever-so-slightly-suggestive lines in the song, throwing herself on a table when she sang, "Here I am, Mr. Snow, here I am!"

Madame Garderobe in Beauty and the Beast (film) - Proof that there are no small parts, only small actors. She makes a meal out of a morsel here, with wit and grace. Funny, and spot-on in her send-up of the operatic diva-turned-wardrobe.  I mean look at the poster!

The Beggar Woman in Sweeney Todd (Live from Lincoln Center) - Her voice is a perfect match for this role, and her acting was superb. I wonder when we'll get her as Mrs. Lovett? Why not? 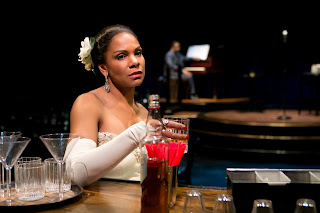 Her boozy descent in Lady Day at Emerson's Bar & Grill (Broadway) - Holding the entire audience in the palm of her hand from the moment she took the stage, watching this insanely detailed performance was indeed a pleasure. But witnessing her gradual unraveling as she drank and drugged her way to rock bottom was a true privilege. 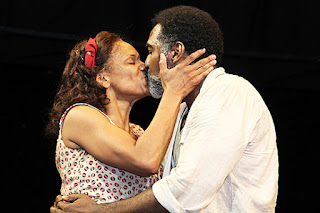 Bess in Porgy and Bess (Broadway) - We sat, literally, as far from the stage at the Richard Rodgers Theatre as one can. And yet, we felt her captivating performance. The stunning vocals, the just as stunning acting, and her chemistry with Norm Lewis was off the charts. Truly mesmerizing. 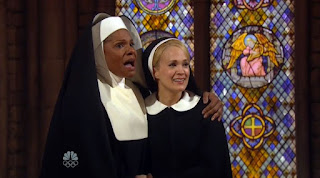 The Mother Abbess in The Sound of Music Live! (television) - It was a groundbreaking production, and her natural abilities in front of the camera together with her live performance prowess really helped the entire endeavor, particularly in the moving duet she shared with star Carrie Underwood. Ms. Underwood took full advantage of the scene, probably her most confident of the evening. Thanks, Audra! 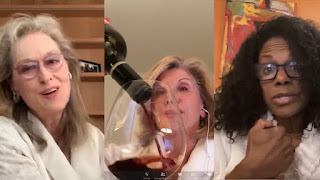 Singing "The Ladies Who Lunch" with Christine Baranski and Meryl Streep in Take Me to the World (streaming) - Mike described her funny and warm performance like this: "She is someone who has such a grace and stature but still seems completely down to earth."
I think that sums her up perfectly.
#2597
Posted by JK at 7:00 AM