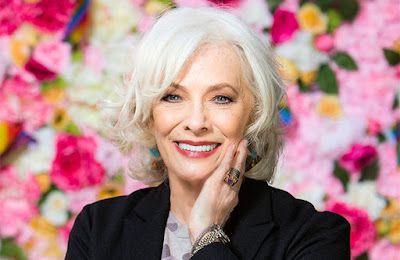 Celebrating Betty Buckley:
Our Favorite Moments
Don't know if you heard, but last Saturday, July 3rd was a day for Broadway diva lovers to celebrate. Two incomparable talents share that day as a birthday (Stephen and Andrew aren't the only ones!) - Audra McDonald and Betty Buckley. We here at JKTS  adore them both, and we will celebrate them both this month; today is Betty's turn. We could list her credits in all facets of the arts, and talk about her Tony Award and West End triumphs. I guess in a way we are, but instead we are going to celebrate this great lady with two lists: our favorite Betty Lynn moments (today) and our biggest Betty Lynn regrets (next week).
Favorite Betty Buckley Moments
(in no particular order) 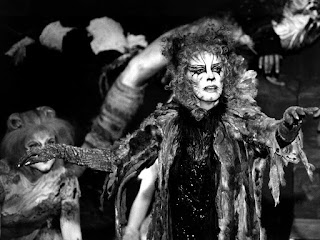 That Note in "Memory" from Cats: I figured I'd start with what is almost trite, but this song, and my favorite moment in it definitely belongs on this list. First of all, no one sings this song better (a few come close, but not quite). But the point of the song when the music swells, and her Grizabella struggles to her feet, and she lets out that note! "Touch me..." I get chills and goose flesh all over every single time. 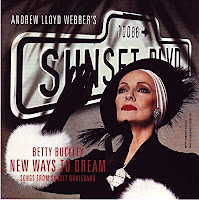 That Note in "As If We Never Said Goodbye" from Sunset Boulevard: Does anyone belt with as much emotion as Ms. Buckley? "I've come home at laaaaaassst!" Tears and chills is my favorite emotion. Brilliant live, brilliant on the recording. Simply brilliant. 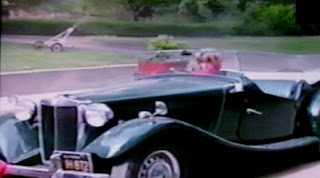 Abby Bradford's car in Eight is Enough: Today, I recognize it for what it is - one of my first gay feelings. But when I was a young kid, I could not wait each week to see Eight is Enough. I mean, I always perked up when Grant Goodeve was on screen, but my heart knew instinctively that the woman who played Abby, the superhuman step-mother, was a safe, caring spirit. And every time she drove up to that big white house in California in that super cool car, I couldn't wait to see what she was going to do for the Bradfords! 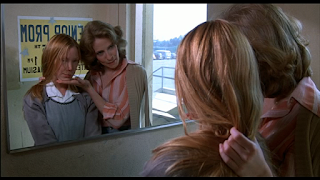 Her chemistry with Sissy Spacek in Carrie: A big part of what made her character's death so tragic was the warmth and chemistry between the misunderstood Carrie White (Spacek) and the caring and protective gym teacher, Miss Collins (Buckley). She filled the void of a loving mother, for sure, and while her dying at the prom could be considered collateral damage, it really sucks that the teacher couldn't be saved.  Ms. Buckley was a wonderful emotional core to a terrific horror film. 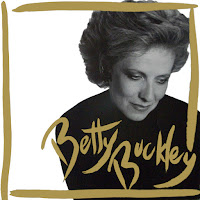 "Meadowlark" from the album Betty Buckley: I had never heard the song before it started playing on the cassette in my car. Today, it seems nuts that I had never heard before, but it is what it is. Anyway, Betty Buckley is a live performance, and it is glorious from start to finish. But when she sings "Meadowlark," it is transporting. She gift for storytelling is unmatched. If you are unfamiliar with this album, get it! You won't be sorry. 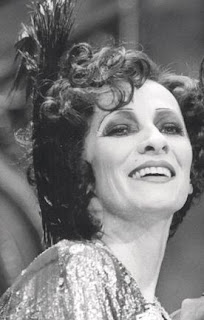 The last 3 seconds of Sunset Boulevard: When I tell you I audibly gasped at this very precise moment, I mean it. People in my row at the Minskoff asked if I was alright after the curtain call. I know what you are thinking: "He's going to say, 'when she growls/belts "I'll be meeee' was fantastic." Well, yes, it was, and it is a glorious moment in all of musical theater. But I'm talking about the image. Picture it: Norma is now singing directly to us, and advancing to the lip of the stage. The scrim comes down, and a brief film begins to play. It is a young Norma, in extreme close up, showing us what she can do with one look. And then, she slightly tilts her head back and gives a girlish giggle. I still have dreams about that. 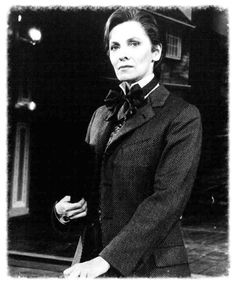 "'Tis true... for you" in "Two Kinsmen" from The Mystery of Edwin Drood: Easily one of my favorite duets in a musical, "Two Kinsmen" is a jaunty little number that explores the relationship between John Jasper and young Edwin Drood. With apologies to all of the others I've seen do this number, no one is as good as Howard McGillin and Betty Buckley. And there is something about the way she sings the above lyrics (each and every time in that song) I just feel so... satisfied.
"On the Waaaalllll" in "The Writing on the Wall" from The Mystery of Edwin Drood: A great moment and clever way to solve, resolve and conclude the show, when Drood returns from beyond the grave, Buckley gets a real powerhouse bring-down-the-house moment. But it is next level when she hits and holds that last note... 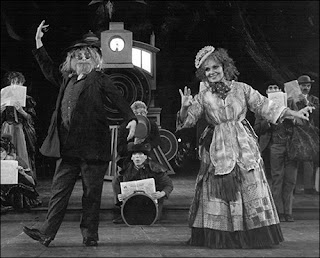 When she plays Dick Datchery in The Mystery of Edwin Drood: Even through all of the make-up and padding, you couldn't miss Betty in act two as the mysterious detective on the case. And you also couldn't miss how much fun she was having doing it. "Something architectural and out of the way..." Too funny! 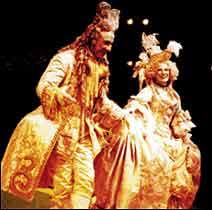 Her costumes in Triumph of Love: I've often professed my love for this sweet little musical, and, of course, Ms. Buckley was brilliant in it. ("Serenity" is a number for the ages.) It was her costumes that stand out to me most - and her in them. You see, they were stunning and ornate, and practically a character unto themselves. She knew this, and she lived it up. She knew the joke and let us all in on it, so to speak. I mean, at one point, she wore a ship as a hat and giggled like a schoolgirl with an equally game F. Murray Abraham.
#2589
Posted by JK at 7:00 AM