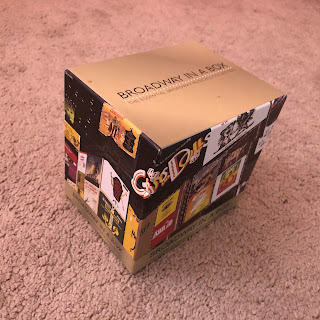 First up is the 1977 Original Broadway Cast Recording of Annie. 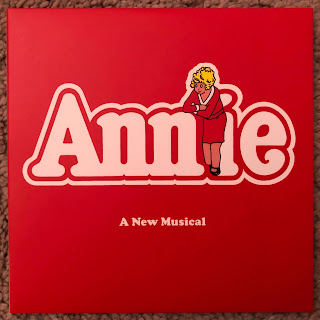 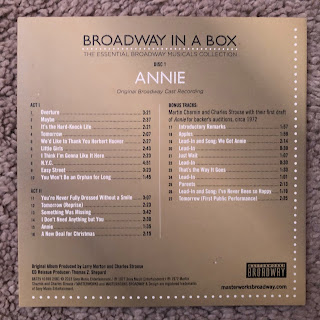 Whether you love these songs or not, the first impression I got was how great the music sounds on this recording. The original full orchestrations sound gorgeous, ranging from the quiet and beautiful (“Maybe,” “Something Was Missing”) to the brassy and bombastic (most everything else). The traditional potpourri overture, in particular, has never sounded better to me.
The voices, including the legendary Andrea McArdle in the title role and Dorothy Loudon as Miss Hannigan, are equally vivid and well-captured on this recording. I admit that I generally preferred the interpretations here of the “good” characters to those of the “bad” characters. Reid Shelton as Daddy Warbucks and Sandy Faison as Grace Farrell, along with McArdle, ooze warmth and love for each other as the story progresses. On the other hand, Robert Fitch as Rooster and Barbara Erwin as Lily, along with Loudon, seemed more focused on recording flawless versions of their songs rather than playing up the comic characterization of their roles. Compared with those who came after - especially the trio who starred in the original movie version - their interpretations come off as slightly “safe” and lacking in zest. Still, the songs sound great as recorded here. 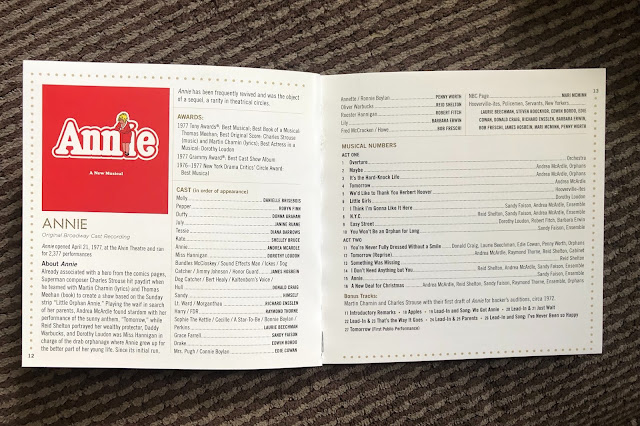 The CD includes more than 15 minutes of bonus material taken from a 1972 backers’ audition, with Martin Charnin and Charles Strouse singing several songs with an underscored narration of their proposed story. Many snippets of melody are quite familiar, but relatively few of the songs and plot points made it into the final show. One big exception is “Tomorrow,” sung by one of the two creators somewhat painfully but essentially in its familiar form. Another song, “We Got Annie,” was repurposed for the film.
As narrated in the bonus material, this early version of Annie would have depicted the title girl’s parents abandoning her to Miss Hannigan during the overture, followed by a pleasant-sounding opening number called “Apples,” with 11-year-old Annie at work in a store selling fruit. Another song for later in the show, “That’s The Way It Goes,” features the remaining orphans reacting somewhat bitterly to Annie’s good fortune. All in all, based on the material included on the CD, I get the impression that the two writers envisioned a rather darker show than the one we ended up getting.
Thanks, Mike! Coming soon: Broadway in a Box: Anything Goes (1987)