The Broadway Who's Who: Goddard Lieberson 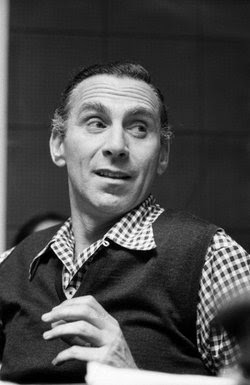 Today, we get our Original Cast Recordings from streaming services and the like. Some of us (myself included) like it old school with compact discs. Can you imagine that way back in the day, if there was a Broadway recording (a big if) it came is a box of 78 rpm single-sided records!? Well, between that era and the advent of cassettes and CDs, physical recordings soon came as LPs - in today's parlance, in vinyl, and we have a true pioneer of recorded music and lover of Broadway to thank for it. His name is Goddard Lieberson, and a better friend to musical lovers has probably never existed.
THE BROADWAY
WHO'S WHO:
Goddard Lieberson
Lieberson, as president of Columbia Records, is credited with introducing the LP. But for theater fans, it is his history of cast recordings that is his biggest legacy. He produced dozens of these albums, from big hits and influential scores like Gypsy, South Pacific, West Side Story and Candide (1956), but also a number of flops, I Can Get It For You Wholesale (he later signed Barbra Streisand to Columbia) and Anyone Can Whistle among them. His later albums include George M!, Sweet Charity, Mame and A Little Night Music. 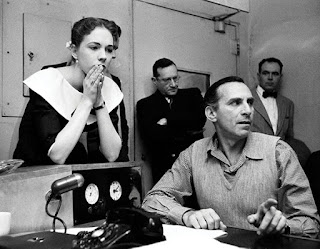 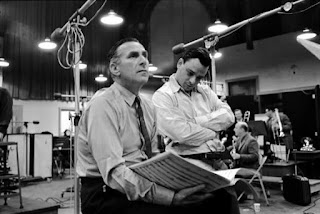 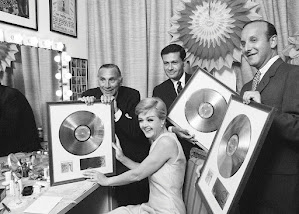 TOP: with Julie Andrews at the My Fair Lady recording session
BOTTOM LEFT: with Stephen Sondheim
BOTTOM RIGHT: with Angela Lansbury and Jerry Herman
Another area of musical recordings he pioneered was studio cast recordings, where he assembled full orchestras and all-star casts to record shows that existed pre-LP, such as Pal Joey, Oh Kay!, The Boys From Syracuse, On the Town and Girl Crazy. 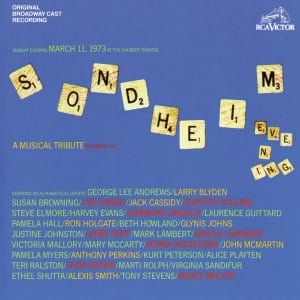 Among his most influential recordings is the complete score of Porgy and Bess, even today one of the longest ever preserved. He also produced the famous Sondheim: A Musical Tribute, recorded live in 1973 - you may know it as "the Scrabble Tile Sondheim" - and he is actually part of the recording. Then there was the landmark mono recording of the original cast of My Fair Lady, which was a number one album for 15 weeks. It also marked the first time a recording label completely backed a production: $375,000.00 - $400,000.00 in exchange for the right to record and release the album.
His final cast recording (and my personal favorite) was A Chorus Line in 1975. He passed away in 1977 at age 66. 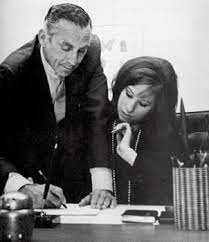 Did You Know?
Mr. Lieberson was what today we would call an "influencer." A world traveler, he counted among his friends Leonard Bernstein, Mitch Miller, Jackie Onassis, Richard Rodgers, Noel Coward and Sir John Gielgud.
Some of his albums: 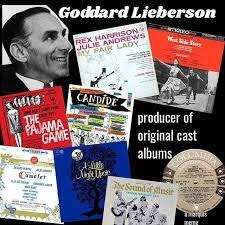 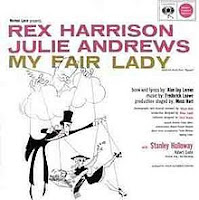 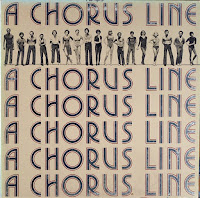 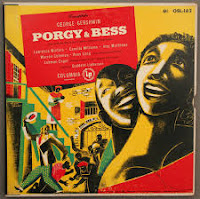 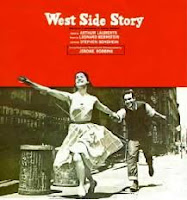 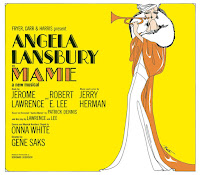