The following 12 theatre artists had, in my opinion, a break out year in 2011.  Sure, they've had careers before this year - it is nearly impossible to make it in the theatre THAT big your first time out.  In a few cases, these stars began their journey toward 2011 glory before the year started, and in almost all cases, they will be continuing their triumphant year well into 2012.  And in all cases, let's hope this is not the last we hear from any of them.  They have made this year all the more extraordinary, and our theatre-going lives all the more rich. 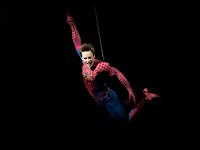 Reeve Carney (Spider-Man: Turn Off the Dark):  The biggest survivor of the year, this guy made his Broadway debut in one of the stormiest, well-publicized theatre events in history.  Not only does he risk his life 6 times a week, he managed to carry the weight of the world on his shoulders with a class, grace and dignity usually reserved for seasoned actors twice his age.  One imagines that his final swing around the Foxwoods Theatre each evening is a victory lap for the entire company.  One also can't imagine a better guy to represent them all.

Adam Chanler-Berat (next to normal, Peter and the Starcatcher, RENT):  His first break out bit in 2011 occurred early in January, when he closed in next to normal as the only cast member to have been with the show from the very beginning.  Not long after that, he starred as as Peter Pan in Peter and the Starcatcher, a huge departure from Henry, to be sure.  Strong reviews for that show have it on the fast track to Broadway (I hope he comes with it!).  And since this past summer he has filled some pretty big shoes, playing Mark in the off-Broadway revival of RENT.  Most actors are lucky to have one role every couple of years.  We were certainly lucky to have three very different chances to see this guy in one year!

Lewis Flinn (composer The Divine Sister, Lysistrata Jones):  It's been quite a year for this guy, too!  I nice off-Broadway hit about nuns - tongue-in-cheek, smart and subversive.  Then came the gym.  And the hunky basketball players and leggy cheerleaders.  And more tongue-in-cheek, smart and subversive songs with a variety radio stations wish they had.  And who would have ever guessed that small show - 2,500 years in the making - about a cheeky college girl crossing her legs until the guys win a game would end up on Broadway, earning rapturous reviews from The New York Times?  I bet there are more than a few of us who have dreamed THAT dream. 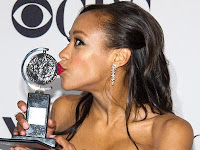 Nikki M. James (The Book of Mormon):  people have often written and spoken of "the heart" of The Book of Mormon being so crucial to its success.  I couldn't agree more.  And "the heart" boils down to one amazing performance from a smallish, unassuming dynamo of a performer.  She's one of those people that have "it" - the undefinable, but oh, so obvious "it."  Every single second that she is on the stage of the Eugene O'Neill, her sweet performance elevates the entire piece.  I really feel for whoever replaces her - talk about a tough act to follow!

David Korins (set designer Chinglish, Godspell, An Evening with Patti LuPone and Mandy Patinkin): If you have seen Chinglish, you know the genius that is David Korins.  A set that is so complex and yet moves with a precision that even The Rockettes could envy, is a show within the show.  His set gives the show its movement and brisk pacing.  It is a marvel, and also perfect in that you don't leave the play talking about the set, and yet you can't imagine it any other way.  Would that he designed every show the plays at Circle-in-the-Square; it is design excellence and phenomenal talent that has transformed that in-the-round  space into an endlessly creative play space for Jesus and friends for Godspell.  Before that, I would never have imagined a pool of water (and the famous drip) AND trampolines on the same stage.

Jennifer Lim (Chinglish):  If you miss Chinglish you are missing the quiet gem of the season.  But even more, you are missing one hell of a performance - much of it in Mandarin Chinese! - full of guts, bravado, and sweet emotion.  If she doesn't at least get nominated for a Tony, there is no justice.  Like everyone on this list, she has "it" and this beautiful, talented actress brings it full throttle 8 times a week at the Longacre Theatre.  See her!

Kyle Dean Massey (next to normal, Wicked, Lucky Guy): Even though right now, he is travelling the country as Fiyero in Wicked - lucky country! - he has had quite a year in New York City.  He finished his acclaimed run in the closing company of next to normal, and went on to star in the short-lived off-Broadway musical, Lucky Guy.  And it is a real shame that show didn't find an audience - in it he proved he could head a cast, be funny, sing like an angel, hold his own against a towering drag queen and a diminutive imp, and dance in cowboy boots.  I don't know about you, but I can't wait to see what he does next.

Lindsay Mendez (Godspell):  She gets it.  She is completely on the right page.  And if you've seen Godspell, you probably understand what I mean.  In a show that encourages the actors to improvise, the ball of fire knows when it is her turn to shine, when to add to the mayhem, and when to let the spotlight hit someone else.  A rare, ego-free skill which only adds to her natural presence, vivacious charm and considerable musical skills.  Hard to believe this is the same gal in the hideous Everyday Rapture.  Like all of the best ones, she is able to rise above it all. 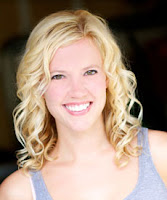 Patti Murin (Lysistrata Jones): Not only is she thoroughly charming in person (she talked to me for about 5 minutes at the Broadway Flea Market), but she is also giving a high energy, passionate performance as the title character in Lysistrata Jones.  I'm not sure why people are avoiding this show - it is a riot.  But the real shame is that people aren't seeing this triple-threat, award-worthy performance.  And you have to admire any actor who sticks with a show as long as she has this one.  (And I love that she's married to one of my favorites, Curtis Holbrook.)

Rory O'Malley (The Book of Mormon):  He did the near-impossible.  He made a small character into a sensation.  And he did it in a show that could swallow you whole if you aren't careful.  Yet, he made such an impression, that he was named one of the Out 100 of the year.  Naturally, he didn't get that recognition for playing a closeted gay Mormon, but even more for his brave, inspiring leadership in the fight for same-sex marriage rights.  A co-founder of Broadway Impact, he was there on the front lines, getting legislation legalizing same-sex marriage laws passed in New York.  It worked!  Today, New York, tomorrow, the World! 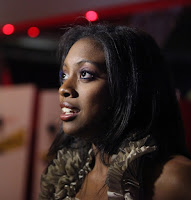 Condola Rashad (Stick Fly):  Despite fine reviews in earlier productions, she has been largely known as "Phylicia Rashad's daughter."  That was until Stick Fly opened.  Now, her name is on everybody's lips - including major praise from all the top critics.  Many call her the reason to see the play, and are calling her this season's Nina Arianda!  High praise, indeed.

Melissa Van Der Schyff (Bonnie and Clyde): Where do I start?  That she has a great voice?  That she is a fine comedienne?  Or that she will break your heart at the end of Bonnie and Clyde?  As I said in my review of that show, "you can just hear them announce her name as a Tony Award nominee the minute she opens her mouth."  Part Dolly Parton, part Angela Lansbury and 100% all her own, she's the actress this year I am betting will have a lifelong career on stage, TV and film.  Let's hope her next show runs longer so that more people an see her amazing, beguiling talent for themselves.

Is there anyone you might have added to this list?  Taken off?  Let me know!
Rate this blog below and leave your comments, or email me at jkstheatrescene@yahoo.com, or Tweet me!
Jeff
3.121
Posted by JK at 12:01 PM