2011 in Review: JK's TheatreScene Awards, Part I: The Non-Performance Awards


Over the final weeks of the year, I've been blogging about the Year in Theatre.  In the days to come, I'll blog about my favorite shows, actors and actresses for the year, as well as those that disappointed me. But I thought I'd continue with some "JK's TheatreScene" Awards for 2011, mostly to recognize things not normally covered by traditional awards.  For three years now, I still hate the generic name, but I can't think of anything else (feel free to offer suggestions).  These awards cover theatre-going from January through December 2011.  Like last year, I've divided them into two categories, Non-Performance and Performance Awards.  Here are the former, in no particular order:


THE 2011 JK'S THEATRESCENE AWARDS: THE NON-PERFORMANCE AWARDS
(Winners that are a repeat from last year have an "*".  Click on pictures to enlarge!)


*Best Place to Eat Cheap and See Broadway Stars: The Cafe Edison in the Edison Hotel
*Best Place to Eat Cheap and Still Afford Broadway Shows: Dallas BBQ on 42nd Street
Best Place to Eat, Leave Full and Afford Discount Tickets to a Broadway Show: Virgil's on 44th Street, just behind ABC Studios.  (ABOVE, TOP)
Best Pizza in the Theatre District: John's Pizza across from The Phantom of the Opera amazing toppings, each pizza hand made after you order it, and the best to-go wrapping (each slice separately in foil and bagged for travel) in the city. (ABOVE, BOTTOM) 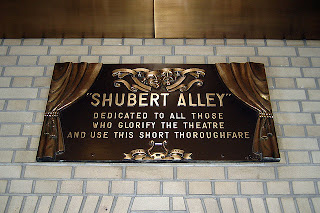 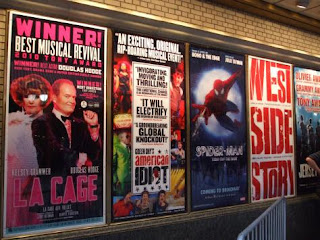 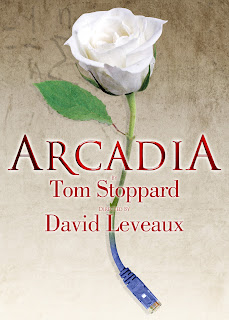 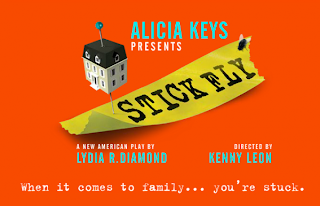 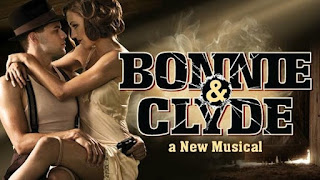 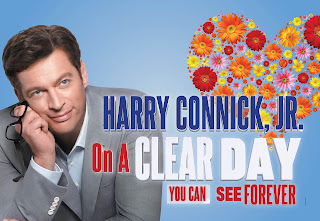 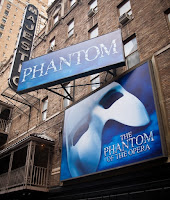 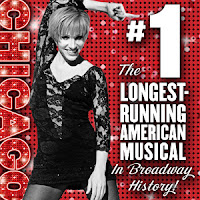 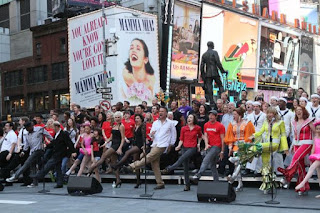 Best Theatre: Circle-in-the Square.  Two shows in a row, Lombardi and Godspell, have proven that the space can work.  And it is pretty comfortable no matter where you sit.
Best Theatre Lobby: The Foxwoods Theatre.  Huge, historic and beautiful.  You almost hate to leave to take your seats. 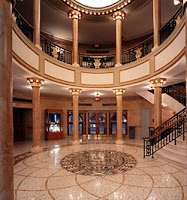 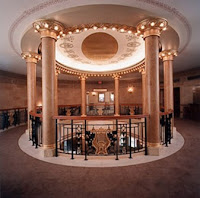 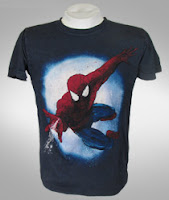 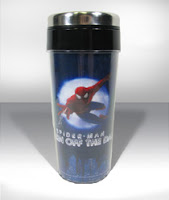 Best Merchandise for a New Musical: Spider-Man: Turn Off the Dark
Best Merchandise for a Long Running Musical: The Lion King.  Nobody does it better than Disney.
Best Trend in Merchandising: Smart phone and tablet covers with show logos.  Godspell did it first.
Best Souvenir Program: Spider-Man: Turn Off the Dark.  It is a stunning pictorial of the event you just saw.  And the only injury you risk is a paper cut.
Best Souvenir Program That Rips Off Another: Baby, It's You! Wasn't the show enough of a crime? The producers of Million Dollar Quartet should sue for copyright infringement.

Best Show-Specific Merchandise: TIE The T-Shirts they sell at The Book of Mormon.  The bullets and flasks they sell at Bonnie and Clyde.  Nothing says crime spree and hard living like that!
Best Original Cast Recording Packaging: Follies.  A top notch booklet and package for a top notch production.
Best Theatre Related Book: Look, I Made a Hat.  It just had to be, didn't it? 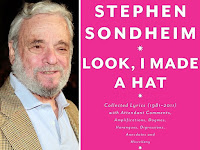 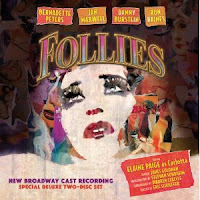 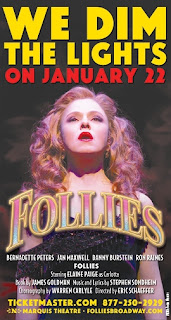 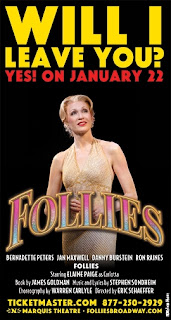 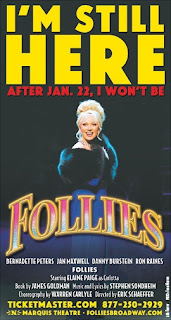 (Pictures of merchandise from the Playbill Store; Foxwoods Theatre photos from FDA-Online; Follies, Lombardi photos by Joan Marcus; show logos  and other images from Getty Images)

It's not too early to suggest categories for the 2012 version of these awards!  Was there something I missed this year?  An award (or three) that you don't agree with?  Let me know!  Email me at jkstheatresene@yahoo.com!