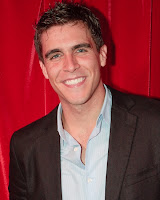 As opening night approaches for Lysistrata Jones, JK's TheatreScene continues its series of interviews with the stars of the show.  Today, I bring you Part 2 of my interview with Josh Segarra.  In this final installment, he talks about getting special hoops training from an NBA Hall of Famer, what life is like backstage, and how he really feels about taking it (almost) all off eight times a week.

To see the first part of this interview, click HERE.  Find out more about Lysistrata Jones on Broadway click HERE.  And for a great discount on tickets click HERE.

Jeff Kyler:  Of all the shows and related work you’ve done, is there any one (or more) experience that really sticks out as particularly life or career changing?  Who have you had the chance to work with that taught you important life/career lessons?


Josh Segarra:  Working on The Electric Company taught me so, so, so much. I was a series regular and to have that kind of pressure at 22 years old and right out of school was no joke. I learned lessons that will stick with me for the rest of my life. Pretty big ones at that. I learned how much to say and when to say it (although I still may put my foot in my mouth sometimes) but at least now I think before I speak - “Is this worth the repercussion or is this battle worth picking?”  With art, there are always so many opinions and ways to look at something, but the best art is when everyone involved feels heard and IS heard. That’s what is beautiful about our business.

I recently did a production of a show that you’ll be hearing a lot about very soon called Fat Camp. In it, I got to work with an amazing director named Casey Husion. I’ve never felt the love for this business like she had. It was the most free I’ve ever felt in a rehearsal space and that’s when I’m most creative. Everything I thought of was welcomed and that confidence she showed in me truly made me a better actor. Whenever I’m down or need to remind myself about how much love is actually in this business, because we all know how hard that is to find sometimes, I think of Casey. She’s a gem. 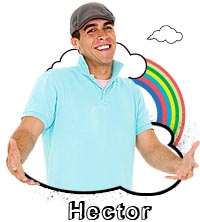 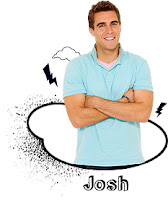 JK:  I’ll show my age by telling you that as a child I watched the original  The Electric Company.  I remember vividly  that Rita Moreno was in it, and have come to realize as an adult that she was probably the first Hispanic-American to have any influence on me whatsoever.  As a Puerto Rican-American yourself, do you feel any sense of responsibility to represent your heritage?


JS:  Well, I’m actually full-blooded Puerto Rican, and am super proud of it, but, no, I don’t feel any need to put that first and foremost in my craft. Especially because people have a hard time seeing me a Latino, anyways. (I even bought brown contacts to look more Latino. Worst Idea Ever. It made me boring. Ugh) Being Latino isn’t something that I think about in acting. It’s who I am. That’s all it has to be. There are those in the world that want to speak for us; I’m not one. I support all that do, but to me, being Puerto Rican is in my blood and in my food. (Laughing) I love me some rice and beans!

JK:  How did you get involved in The Electric Company?


JS:  I [just] auditioned and got it. It was actually pretty funny because at the audition I didn't really even know what the show was. I just kept doing what they were asking me to do in the room, got called back, did more of it, and got a call saying I was on the show. Thank God I didn't know that it was actually Willie Reale, Chris Jackson (In the Heights) and Thomas Kail (In the Heights) in the room. I would have been a bit more nervous.

JK:  I saw an interview you did where you said that the play Take Me Out really made you want to be an actor (I’m paraphrasing), and that it appealed to both the actor and the athlete in you.  Well, here you are in a sports musical!  Have you played basketball before this?


JS:  Yeah, I loved Take Me Out. Everything about it. And yes, Ive played basketball my whole life and am a true fan of the game. I love the sport and this a dream come true for me.

JK:  So tell me about life backstage at Lysistrata Jones.  Is it like a frat house backstage, too?


JS:  It definitely is somewhat of a frat house between the guys. We truly do get along like brothers and like a team. The funniest is how different we all are, but yet, how we are like a family. There’s Ato [Blankson-Wood], who is like this peaceful soul that makes us all laugh; Alex Wyse who is witty and quick; Teddy [Toye] who is everyone’s little brother; Jason [Tam] who is the Zen master who sets the moral compass because he’s such a good guy, and Alex Aguilar who talks about UFC more than the show itself and always has a joke to make you laugh, and me…fitting in somewhere between all of them - hopefully not annoying them too much. And the girls are just amazing putting up with us. Lindsay [Nicole Chambers] and Patti [Murin] have become my rocks in this process teaching me so much and helping me along the way. I couldn’t be doing this without both of them. 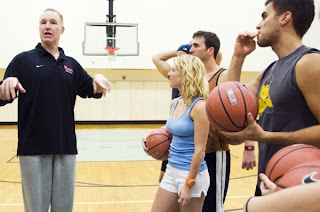 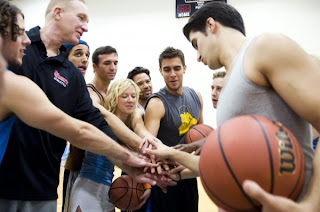 Chris Mullin works with the cast of Lysistrata Jones

JK:  Working with NBA legend Chris Mullin must have been a thrill. How has that experience helped all of you shape your performance?


JS:  To work with Chris was unbelievable. He would stay after and we’d shoot hoops for another hour or so. I got to actually play ball along side a Hall of Famer and can call him a friend. And I talked about the guys earlier. I love them. They have become my family. I go to them with problems, they come to me, we make each other laugh like brothers, sometimes cry… (Laughs) No!  Just kidding. But our relationship off the stage has definitely helped with our chemistry on the stage. I've truly found some best friends among them. We’ve been in this thing together and have brought each other this far by having each other’s back and I would never let any of those guys down. I've got their back. All the way.

JK:  I’ve read that actors who have to strip onstage (like in The Full Monty) find it pretty liberating once they’ve made their peace with it.  You don’t really go all the way in LJ, but how nerve-wracking is it to go as far as you do in front of an audience?  Are you getting used to being ogled?  Is it easier or more difficult on Broadway than at the Gym where the audience was inches away?


JS:  No way am I used to it! Every night I hope and pray people don’t think, “Eww, he was cuter with his shirt on!” or “Man, that kid should be in better shape!” I really am super self-conscious about my body and I don’t think I’ll ever get comfortable with it. I don’t know, it just makes my skin crawl every night. And its just as hard, I don’t care if it’s 900 people or 10 people, I’m terrified. Case closed! 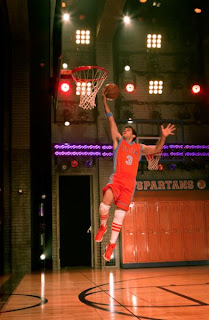 Mick with his game face on

JK:  What would Mick say if I got to see his dorm room?


Mick: Dude…first off, I don’t know if you’d be allowed in “The Love Lounge.” Ha…that’s’ my room, by the way. That’s where the magic happens, you know? But I guess if you got in somehow, you’d definitely see my bed. Uhhh…some drawers. My TV is always on ESPN. Or Nat Geo…I love that stuff. Come on…like Hard Time. That prison show? Deg…I wanna go to prison for like a day just to see what it’s like. Uhhh…you gotta check out my CD collection. I got everything from Boys II Men to Stevie Wonder. You’d see my pics with Lyssie, my lady and my hottie, ohhhhh…..Uardo left his PS3…I just got NBA 2K12, we gotta play. And if you look hard enough, you’ll see my poetry. But that’s tucked away. The guys kinda make fun of me for it so I don’t talk about it a lot. And my mom just sent me a photo album of everybody back home that I like to keep under my bed so I can look at it when I get lonely. It’s no big deal, just a few pics of mom and pops you know. And Russell, my dog. He’s a golden Lab. He’s pretty dope.

JK:  Thank you again for your time!  And I hope you and the entire company find great success with Lysistrata Jones!  Any parting words for readers of this blog?

JS:  Just come see the show! Doug Beane said we are what Broadway used to be and should be: just a bunch of talented [actors, writers and crew] that people may or may not know [by name], who are putting on a good show. I am so thankful to be a part of it and, hopefully, will help in making everyone leave with a smile on their face. I may not be the best at what I do, but I’m going to try my best.

Part II of my interview with Lindsay Nicole Chambers will post tomorrow!

Rate this blog below and leave your comments here, or email me at jkstheatrescene@yahoo.com, or Tweet me!
Jeff
3.106