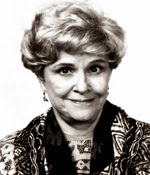 It's funny how certain people, even people you don't know personally, come in and out of your life, attached to very specific memories.  For me, one of those people was Jane Connell.  The diminutive character actress (she was a giant personality in a 4'11" body) played important roles in seven shows I've seen.  And I am sad to say that when I think of those shows, she's not the very first thing I think about.  I say that I am sad because it is only with her passing yesterday at the age of 87, that I realize just what a role she played in my theatre-going life.

She was, of course, Agnes Gooch to Angela Lansbury's Mame in the show of the same title.  I remember buying the cast recording and laughing myself silly at "Gooch's Song" - the lyrics, the delivery, the strange, but powerful voice. And then, seeing the woman behind the voice was just one of the many thrills of seeing the 1983 revival, my first Broadway show some 30 years ago.  She was a riot. 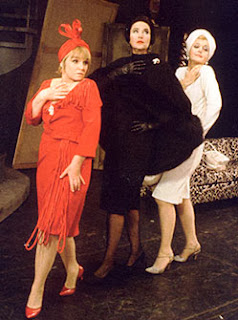 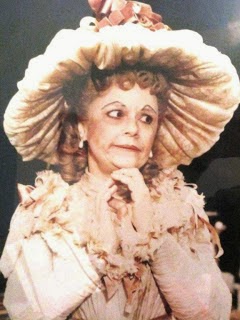 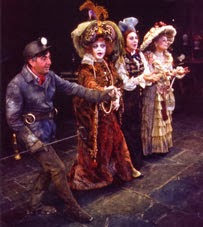 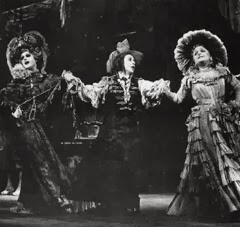 Then I saw her in Me and My Girl, another riot in a sea of musical comedy mayhem.  She was a small dynamo in a silver sparkly gown who managed to steal every scene she was in, no small fete considering the tour-de-force acting of Tony winner Robert Lindsay.  I wasn't alone in loving the little lady then - she got her first and only Tony nomination for her efforts.


In Lend Me a Tenor, it was my minor obsession with Victor Garber that got my butt in the seat for that show.  But Ms. Connell was a delightful bonus, chewing the scenery with some serious heavyweights including Ron Holgate and Philip Bosco. 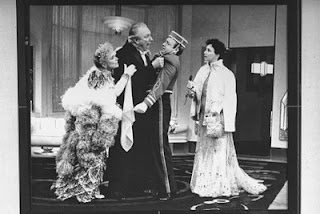 Crazy for You, her next show, would have swallowed a lesser actress in a small, but pivotal role.  I mean, it was an extravaganza of scenery, costumes, chorus girls and a Gershwin score... not to mention Harry Groener and Jodi Benson.  And yet, all these years later, I remember Ms. Connell's biting delivery and signature larger-than-life presence.

Her third Ken Ludwig role in a row was another small, but important, role in Moon Over Buffalo.  I didn't even know she was in it until I opened my Playbill.  I was there, like so many others, to see one of my idols - Carol Burnett.  And another chance to see Philip Bosco was not to be missed.  Like always, Ms. Connell more than held her own and again, she was a scream.


The last time she and I shared space in the same room was when she took over the role of Jeanette in one of my favorite musicals ever, The Full Monty. Her spot on timing and huge presence was a comic balance to the heartfelt, but testosterone fueled craziness around her.  I will never forget her slow burns, gaping double-takes or her salty delivery of several sexual innuendos.  This would be her final Broadway appearance. 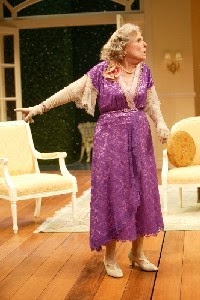 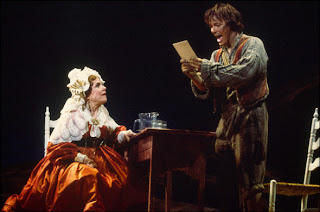 A lot of people probably remember her from the Mame film, devouring one Lucille Ball in the process.  Or her legendary TV turns on Bewitched and M*A*S*H.  But I will always remember the tiny lady with the squeaky voice and the super human power to go head-to-head with some of the world's most famous scene stealers.

Thank you, Jane, for a lifetime of joy.  I won't forget you.