DON'T FORGET TO ENTER TO WIN TICKETS TO
THE HOTTEST NEW PLAY ON BROADWAY, A TIME TO KILL!
CLICK THE SHOW LOGO TO YOUR RIGHT AND COMPLETE YOUR ENTRY!
CONTEST ENDS SATURDAY, SEPTEMBER 7 AT NOON!

Just over 2 weeks ago, I celebrated the 30th anniversary of seeing my first Broadway show, and I started to share my observations about what has changed (or stayed the same) about theatre-going in those three decades (HERE).  And so now I'll share some final observations: 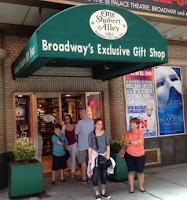 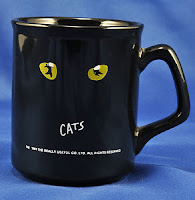 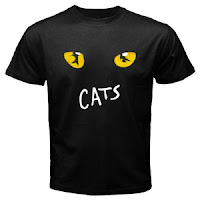 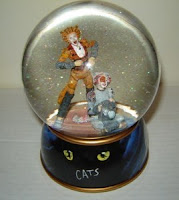 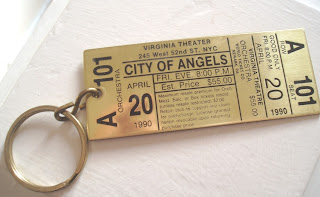 5.  Heavy merchandising of shows. It is sadly ironic that just before this anniversary two Broadway-themed gift shops have announced their closing, just as the merchandising of shows seems to have reached new heights.  Gone are the days when hit shows (emphasis on hit) had a certain stock of souvenirs: a t-shirt (one style for all), a program, a coffee mug, a button (not a fancy enamel pin, either), the cast album (in vinyl and cassette if it was a real biggie) and, get this... the bigger hits had brass key chains made to look Opening Night tickets.  If you wanted a show poster, there were but two places to go - One Shubert Alley and Triton Gallery.  And a straight play had to be a mega-hit to have anything more than the Playbill.  These days, nothing is off limits, with "collectibles" - jewelry, snow globes, figurines, etc. - and full lines of clothing, toys, and even souvenir "photo ops."  Again, we can thank Cats and the mega-musicals for that!

4.  Popular music is now in Broadway music.  For more than a century, musical revues have been a staple on Broadway - just check out the walls upstairs at the Music Box Theatre for proof. But those days, popular song writers were Broadway composers.  Rarely these days does a cast recording make a dent in the Billboard 200 of Best Selling Albums - The Book of Mormon not withstanding.  Back in the day, Hello, Dolly! competed head to head with albums by The Beatles and The Rolling Stones.  Since I've been going to shows, Broadway songs on the radio have been rarer still - "Memory" by a number of artists and "One Night in Bangkok" from the London recording of Chess stick out in my mind.  BUT, increasingly, it is harder to turn on the radio and not hear songs that are popular tunes that are also in Broadway shows - pretty much all of the Billy Joel, The Four Seasons and ABBA catalogs, thanks to Movin' Out, Jersey Boys and Mamma Mia!, not to mention a large number of songs from the 80's, thanks to Rock of Ages.  This season alone, we'll be able to add the songs of Janis Joplin and Carole King to that list. 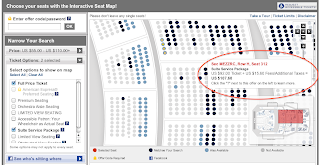 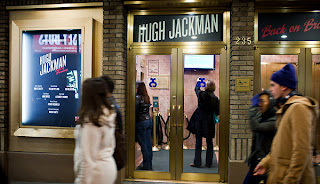 3.  Getting tickets.  Unless you lived in the city, back in 1983 there were 3 ways to get tickets: mail order - where you'd write a letter describing what you wanted and send a check, and weeks later, you'd find out when you were going and where you were sitting, with theatre groups - you had to join them or know someone in one to grab up a ticket (and it was cheaper, too), or you could do the "latest" thing and call the ticketing services, and the agents would tell you if two orchestra seats were available for the next Wednesday matinee of Cats.  Not where in the orchestra, but IF you could get an orchestra seat.  Then, after some hefty charges, a week or so later, you'd find out where you sit.  You'll see that things haven't really changed that much.  Except now you can pick your exact seats, pay and print your tickets immediately.  Plus you get the added bonus of putting up with the ever changing and needlessly complicated ticket sires and even more outrageous fees!  One thing that hasn't changed over all the years: the best, and if you bring the discount with you, cheapest way to get the exact seats you want is to go directly to the box office. 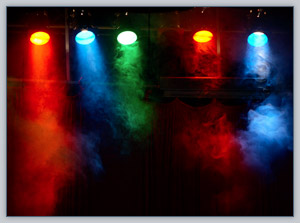 2.  Theatre technology.  As late as the mid-80's, scenery was moved and changed primarily by hand.  Sure, actors and set pieces whisked on and off on trucks, but the stage hands still were the ones yanking it on and off.  Back then, follow spots were done completely by hand, by men who dangled over the audience at precarious heights, and the colors of lights were done with individual lights for each color, not automated with vari-lights.  And each light was aimed permanently, not able to be re-aimed mid-show by computer, like they are today.  And, believe it or not, the sound technology today is a huge improvement over the single speaker that carried all the clunky lapel mics to the audience.  Automated scenery, light panels and surround sound are but a few of the vast technological advances on Broadway. 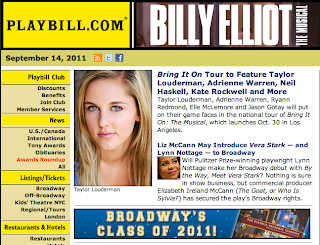 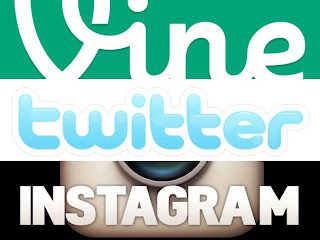 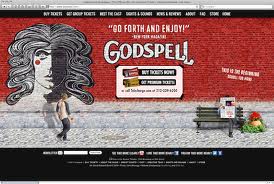 1.  The Internet.  Gone are the days when you had to wait until the Friday and Sunday New York Times to get any theatre news.  Gone, too, are the need to subscribe to Variety, Playbill or TheaterWeek to get "insider scoop."  Now, a decent wi-fi connection and a few clicks gets you all the information you want on a show's website.  General information and up-to-the-minute news is available on a number of theatre sites.  And lots of Broadway stars have their own sites, too.  All great news for theatre lovers.  But, of course, with the good comes the bad.  Now we know way too much personal stuff about everyone, and everyone with an opinion - informed or not - shares it unchecked and many times with a nasty glee.  Then, too, fans aren't entirely to blame.  The stars themselves let us in on the intimacies of their lives, as they Tweet not only casting news, but how they feel, what they eat, who they hang out with, their political beliefs, and any number of personal details.  We even get pictures to go along with the details!  Don't get me wrong - I love the glimpse behind the Broadway curtain, and even count a few show people among my Twitter friends and followers.  But it also scares me to think about all the fans who Tweet and post like they know Aaron Tveit or "Cheno" personally.  Stalking has to be on people' minds, especially considering that it is possible to know where these people are at any given moment.  Just today, I found out which church a certain Newsie goes to - and I didn't have to search - there's even a picture of him there!  Scary.  So far, at least, common sense has prevailed.  The benefits of the Internet far outweigh the problems for theatre fans.  And, without it, I wouldn't be sharing my thoughts with you today!

Did I miss anything?  Let me know!