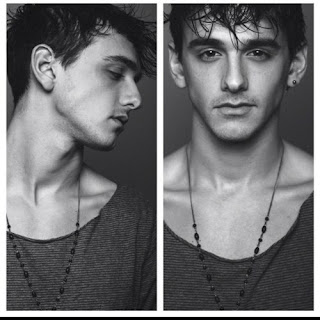 Last week, in the first part of this interview, star-on-the-rise Lyle Colby Mackston talked about working with Broadway diva Linda Balgord and the cast of the new musical and NYMF success, Crossing Swords.  He revealed, too, that he was involved in an initial workshop of the (in)famous Spider-Man: Turn Off the Dark - not his only brush with big time celebrities and the future of musical theatre: he was also a part of a workshop of the Sting-Brian Yorkey project, The Last Ship.  This week, he shares a bit about life on a Disney Cruise ship, sailing the seas as a half dozen different Disney Princes in a brand new original musical.  And he offers up some advice about how to navigate the tricky waters of being an arts major while auditioning for jobs.

UPDATE: In the time between when I sent Lyle these interview questions and getting the whole project together, he has since booked a new job, again on a cruise ship.  This time, though, his job is definitely more "Broadway": he's playing Franz in Rock of Ages aboard the Norwegian Cruise Lines' Breakaway, which sails out of New York City.  We all wish him the best with this exciting new adventure!


Jeff Kyler (JK): According to your bio in the program from Crossing Swords, you graduated from Pace University.  What was your major and when did you finish?  Out of everything you’ve learned, what in your training has helped prepare you most for a career in the arts?  What is something that college didn’t/couldn’t prepare you for that you’ve learned “in the real world?”  What advice would you give current and future performing arts majors about school and starting a career?

Lyle Colby Mackston (LCM): Pace represent! I studied Musical Theater at Pace University and actually have yet to finish my degree. I took a leave of absence my senior year to originate a role in a new stage musical for The Walt Disney Company and worked with them for the better part of a year. Since then I have been fortunate enough to continue working in the field on some new projects. I plan on finishing the last of my credits once my schedule frees up a bit. Pace has a unique way of training and preparing their students for the real world by using the fact that they are located in downtown NYC. They are also one of the only (if not the only) schools in NYC that allows and supports their students auditioning outside of the program, and because of it, we learn quickly that it’s a dog eat dog business. In today’s day you must be a thick skinned triple threat to work which only fuels the ammunition to excel and learn as much as possible while still enrolled in school. Snowballing off of that, my advice to any current/future theater student would be to stay positive. Positive persistence is key in this business; it’s almost too easy to fall into the negative.

JK: So, in what has to be a short period of time – you are so young – you have already amassed a pretty varied resume of credits: TV, film and stage.  Do your career goals continue to include acting in all three mediums, or is it primarily your hope to simply sustain a career in acting regardless of the medium?  Do you, long-term, hope to do other things besides acting, like producing and directing?

LCM: What a loaded question! For now I would say that I’m open and willing to do anything that inspires me regardless of the medium. I’ve struggled in the past with finding inspiration but when you’re united with a project like Crossing Swords, its kind of hard to not get inspired which makes it all worth the while. As I said before, positive persistence is key. However, I would not be opposed to giving the other side of the table a try in the future.

JK: Which of the three do you prefer so far and why?  What challenges and rewards does each provide the artist in you?

LCM: I’m really not sure that I have a preference; Film/TV and Live Theater have their own unique pros and cons. There is nothing like feeding off the buzz of an audience when it comes to performing live theater while on the other hand it can be quite taxing on my mind and body. The intimacy and financial stability that comes with working on Film and Television is a whole different story so it’s difficult to choose. I would say that at this moment in time I’m enjoying playing inside of live theater over film/TV, but that can change at any moment, depending on whether or not I get a certain phone call J 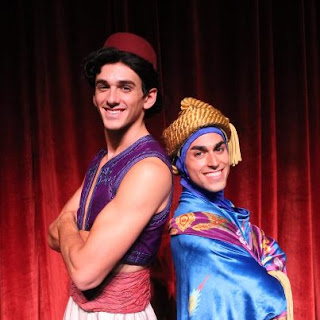 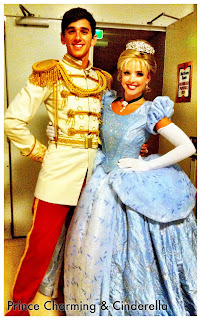 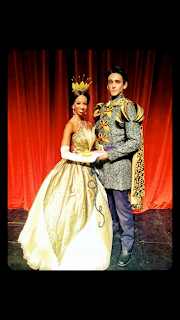 JK: My favorite credit in your bio has to be “a year of traveling the world working with The Walt Disney Company.”  I don’t even know where to start, so you tell us: what did you do, where did you go, what was it like?  Dish on working for the Mouse House!

LCM: I briefly mentioned in a previous question that I got to originate a leading role in a new stage musical with The Walt Disney Company in a show that eventually ended up on their newest luxury cruise liner; The Disney Fantasy. To elaborate, once I accepted the offer, Disney flew me out to California for a couple of weeks to work shop a reading of the show at their Imagineering Studios in Burbank. After the reading, we started rehearsals for the show in Toronto, Canada for about 4 months and then our travels consisted of Holland, Germany, Portugal, NYC, Florida, Mexico, St. Thomas and St Maarten among others. It was an “experience” to say the least, I made some of the best friends and best memories on my contract and although it was difficult at times I wouldn’t trade it for the world. How many people get to originate a role with Disney while simultaneously playing an array of beloved princes?

JK: Finally, for readers who are just staring out, what advice would you give them about getting a career started in theater?

LCM: My advice would be to stay positive, don’t fall into the negative (sometimes it’s a little too easy) and try to not put all your eggs in one basket. Yes, this business is derived from passion for most but it isn’t always financially stable so start thinking of others ways to make a dollar! And of course…never give up.

And now, Lyle answers some more of your questions!

From JT of Yonkers, NY:
LCM:
Vegetables or meat? Meat
Laptop or tablet? Laptop
M and Ms: plain or peanut? Peanut
Mounds or Almond Joy? Neither

From Christopher from Hartford, CT: Lyle, I am getting ready to start my senior year of high school, and like you, I am pretty tall – I’m 6’4” and still growing.  Being this tall has probably kept me from getting some parts in our school’s shows.  What advice can you give me for helping to make my height less of a problem or easier for my director to look past?

LCM: Hey Christopher, The only advice I can give you is to embrace your height! I struggled with the same problem in the educational and professional world but when it comes down to it, there is nothing you can do but embrace it with open arms; your height is unavoidable. The upside is, your height does have the ability to give you an edge with certain projects and shows…it all depends on which direction the creative team decides to go with a character, so use your height to your advantage and make them see past it! I’ve learned that it really helps with comedic roles. Good luck! 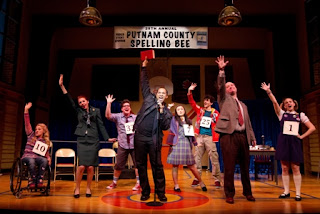 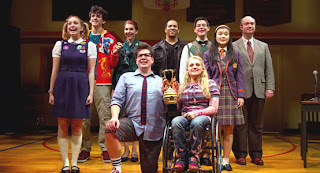 From Mark G. from New York, NY:  How did you get your Equity Card?

LCM: Hello Mark, I joined AEA after landing the role of Leaf Coneybear in The 25th Annual Putnam County Spelling Bee, which was a co-production with The Philadelphia Theater Company and Papermill Playhouse. It felt like a mini tour since we lived in Philly for 3-4 months and then moved to Papermill for about a month. That was definitely one of the best experiences of my career so far.

JK: Thanks so much for your time, Lyle!  I'm looking forward to seeing where your long future takes you... big places, I'm sure!

Check out all of my other interviews by clicking in the "JKTS CHAT" tab at the top of this page!