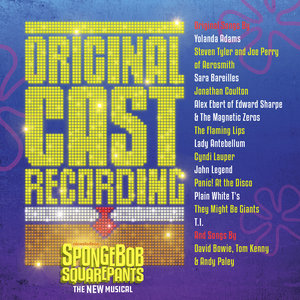 Last week, we began our 2017-2018 Broadway Playlist, by selecting ONE song from the score to The Band's Visit to put on the final list. Nearly 200 of you voted - thanks! - and I was struck by how many of the songs got several votes.  It is a terrific score, so narrowing it down just one song was quite a competition!  It was very close!  Your winner can be found by clicking the "Broadway Playlist" tab above.  On to the next score...

This week's poll asks you to select your three favorite songs from the critically acclaimed SpongeBob Squarepants: The Broadway Musical with a score by over a dozen different artists, including Tony-winner Cyndi Lauper and Tony-nominee Sara Bareilles!  All you have to do is pick up to three songs from the list below (CLICK THE CIRCLE TO THE LEFT OF "ADD".  You don't have to mark any of the others).  The song with the most votes makes The 2018 Broadway Playlist! Easy!

Just make sure you click "Submit Survey" at the end - after song 20 - when you are finished!! 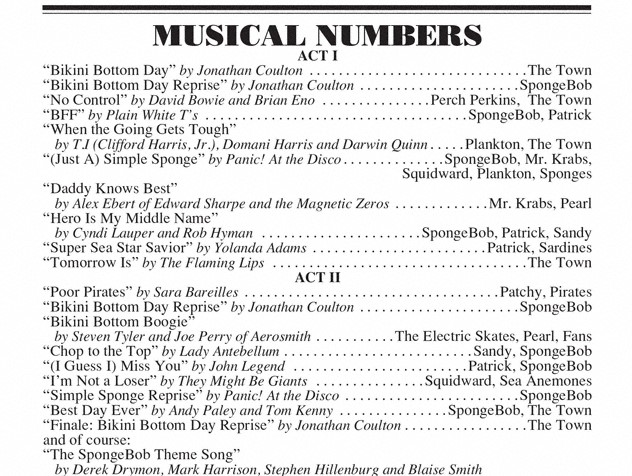