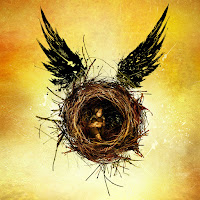 "'Our Journey has only just begun.' - Albus Potter, Harry Potter and the Cursed Child

So said the quote on the graphic that came up when my ticket purchase was complete yesterday. Much like reading all of the books in J.K. Rowling's epic series of novels (and like getting through all the movies) everything about the Harry Potter brand involves a journey.  Be it the heroes and villains in the stories, be it the actors in the films, or especially be it the loyal readers - everything HP touches involves a high level of commitment.  It comes as no surprise (to me at least) then, that just getting tickets to Harry Potter and the Cursed Child would be an epic journey.

For those of you who have already taken this journey, maybe you can relate. And for those of you thinking about taking this trip the next time it comes around, maybe what I'm going to say will help you.  Either way, feel free to email me or Tweet me with your thoughts!

Here's how my "journey" began:

I finally decided I even wanted tickets late in the game.  (I think there had already been a round of ticket sales?) So I signed up at the show's website to get information. https://www.harrypottertheplay.com/us/ And the waiting began...

I clicked the button, filled out the form, and waited... at the time, when sales would begin wasn't definite.  then news came out that the pre-sale would start on February 7, and that a couple of days or so before then, IF you were selected, you'd get an email telling you what was coming.


I felt like a kid at Christmas!  Boy, let me tell you, the instructions they sent were detailed and well explained.

HINT: If you haven't done this and plan to, follow all of their preparation instructions.

It really does save valuable time when you are in the midst of the ticket buying frenzy.  In the meantime, I found out in the chat rooms that people were getting ticket-buying windows at 11AM and 1PM (I got 1PM...and immediately started to worry.)  Then, I got my act together and REALLY got my plans together...or so I thought.

Over the next day and a half, I compiled a list of abut a dozen dates I could attend, and prioritized those. I triple checked that I had an accurate and up-to-date Ticketmaster account. And then...


OBSERVATION: The emails stress that trying to do a ticket purchase on a phone would be very difficult.  I did mine on my laptop, and frankly, I can't imagine trying it on anything smaller.  They are right.

I reviewed all of the instructions in all of the emails so far, and hopped onto the Ticketmaster site ahead of time.


HINT: When you log on, you can immediately see a current availability status box - and I mean VERY current, as it changed several times during the time I was online.

MISTAKE: When I signed on, the box said that the best availability was LATE NOVEMBER! My prep list of dates went to mid-October.

I quickly gathered later dates... finally deciding I'd take anything I could get on any Saturday...then had to revise to any Sunday.  Things felt pretty tense.

A CON TO THE SYSTEM: You can only pick your price point, not your exact location.

I saw nothing on the dozen or so dates I tried for less than $199/ticket/part.  I tried several dates, thinking I could get better the more I tried. Unfortunately, I ended up losing what ended up being slightly better seats than I ended up with.

HINT: Unless you absolutely can't handle the tickets you first get, keep them.  You probably won't get better. And DON'T panic while you wait to see what comes up.  It took each try more than a minute.  The first time, I was afraid I'd lost my chance. JUST DON'T REFRESH THE PAGE! It will happen. Also, if after you've selected, it suddenly says there are no tickets, DON'T PANIC - just follow the directions to try again. 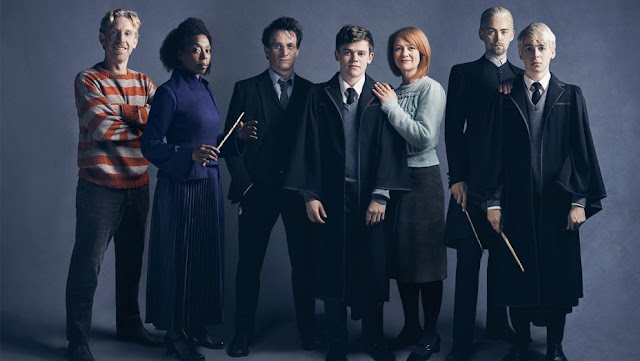 So, I went into this feeling fully prepared.  I had predetermined dates several months ahead, and I was ready to try several times.  I wanted a Saturday (both shows the same day). I knew they'd be most popular, and I wasn't wrong about that. I ended up with decent orchestra seats on a Sunday, just 4 days shy of a year from now instead!


Seriously, all of that took only 25 minutes!!?? It was an exciting, nerve-wracking 25 minutes.  And I think it went as well as could be expected.  I think it works to keep bots from buying all the tickets at once. I mean, there weren't tons of tickets at low price points, but there seemed to be a fair amount of tickets, overall. BUT THEY DO GO FAST. And I bet I'd have had somewhat better luck with the 11 AM window.

These tickets weren't cheap - a pair ran me over $850! (Those f-ing Ticketmaster fees!) On the other hand, 4 tickets to 2 plays was still cheaper than a single ticket to Hamilton!  The bottom line is I'm going to see the show, and I'm happy about that!