In honor of Disney's Frozen, which began previews this week over at the St. James, this week's Friday 5 is all about my 5 favorite Disney stage shows.

I've seen 10 Disney Theatricals production, including all that have played on Broadway, as well as High School Musical and On The Record.  I like them all to varying degrees and for a wide variety of reasons, so picking my top 5 wasn't all that easy, though my number one was an easy choice.


THE FRIDAY 5:
MY FAVORITE DISNEY SHOWS 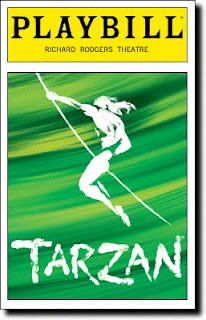 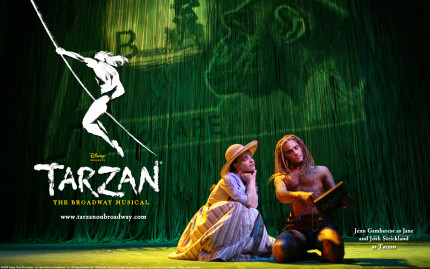 I'm betting many of you think I'm nuts. But I loved this show.  The opening 15 minutes are still the most exciting thing I think I've ever seen, with it's life sized sailing ship bouncing on storm-tossed waves, to an explosive shipwreck, with constantly changing perspective, and ending with Josh Strickland's jaw-dropping entrance. It also co-starred two of my absolutely favorite actresses, Jenn Gambatese and Merle Dandridge, and featured one of my favorite scores ever, by none other than rock legend Phil Collins. 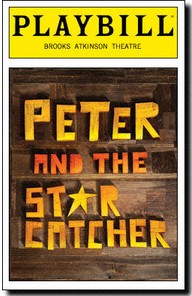 4. PETER AND THE STAR CATCHER 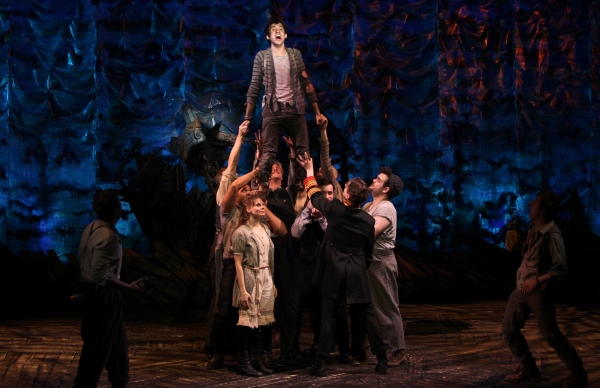 I'm a sucker for creative minimalist staging, and anything remotely related to the Peter Pan mythology, and those show did both spectacularly.  I laughed, I cried, and I was mesmerized from start to finish. Add to that star turns from three of my favorite Broadway actors - Adam Chanler Berat, Celia Keenan-Bolger and Tony-winner Christian Borle, and I was in theater geek heaven! 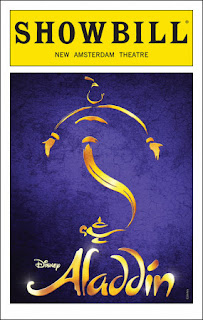 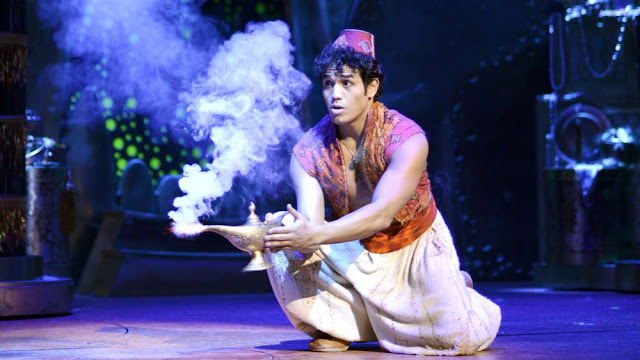 Aladdin is one of my favorite Disney films, and frankly, I was worried about how it would translate to the stage - particularly after not so great reviews pre-Broadway. But I was happily surprised.  I loved all the additions to the score, really enjoyed the staging, loved the flying carpet magic and especially the costume extravaganza of two huge production numbers!  And how could you not love the sly and cuddly James Monroe Iglehart in his Tony-winning performance as Genie? 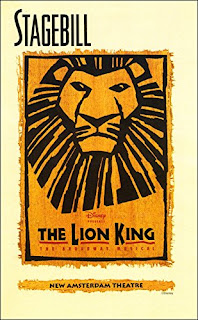 If my number one choice was based solely on innovation and creativity, this stunning piece of theatre that goes so far beyond the film, would surely be it.  Julie Taymor's vision and the stunning Elton John/Tim Rice/Hans Zimmer/Lebo M. score are nearly flawless, and there was something about seeing that show in the equally stunning New Amsterdam Theatre that was pure magic.  And is there any better single opening number than "Circle of Life"? I was reduced to tears of joy every time I saw it - which is an embarrassing number of times. 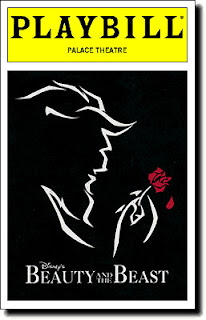 1. BEAUTY AND THE BEAST 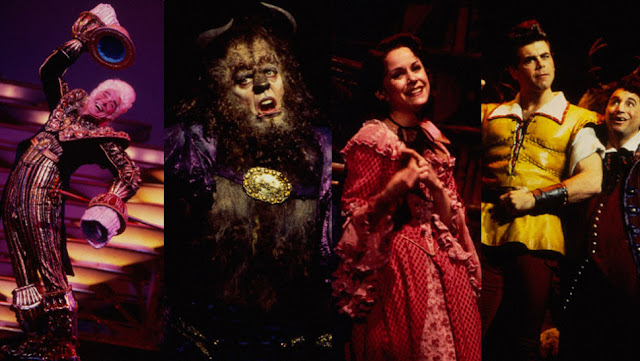 Beauty and the Beast, the mother ship of Disney Theatricals delivered on every level. It brought the animated classic vividly to life in such spectacular fashion, and added to it with new songs and creativity.  I saw the 4th preview at the Palace Theatre and kept saying aloud, "I can't believe what I'm seeing!"  "Be Our Guest" was better live than as a cartoon, and the Beast's transformation was so shocking, it elicited a collective gasp from the audience that threatened to suck the scenery right off the stage.  The original cast was perfection, with the chemistry between Susan Egan and Terrence Mann could be felt all over the cavernous Palace. It saddened me to see a reduction in quality following its move to the Lunt-Fontanne, but the original production was superb.

Will Frozen bump one of these off the list? I'll let you know when I see the show in early May!
Posted by JK at 8:30 AM