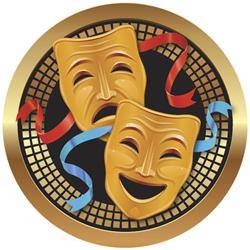 Best Animal: The Goat in Once On This Island

Their names are Sparky and Peapod, and they have legions of Once On This Island fans. They sure are cute, too! What ever will they do after the show closes?

Every time he takes the stage, there are oohs, ahhs and happy giggles. He's Sven, the adorable reindeer of Arendelle. Of course, Andrew Pirozzi makes us ooh, ahh and giggle, too.

Best Snake: The Backup Snakes in: Vision of Nowness" in Head Over Heels
Usually, snakes scare me A LOT. But more than one show featured them this year, and I managed to stay in my seat. Best of the lot were all of the snakes that showed up in Head Over Heels.