NOTE: We made the decision that 2018 was dark and ugly enough, so this year (at least) we will only celebrate the positive. We will try to be snark-free, and there will be no "worst of." It may result in lower traffic to the blog, and we're okay with that. Enjoy! 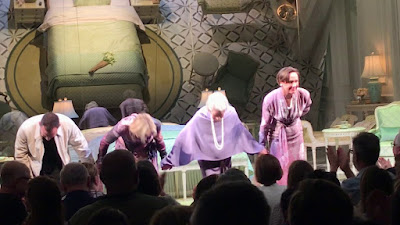 The entire audience gasped when the lights came up on the set after the interval. I'll never forget it. Scenic design by Miriam Buether.

Andrew Durand's sexy and hilarious strip-tease transformation from Musidorus the shepherd to Cleophila the Amazon Queen was unforgettable. And did I mention sexy? Costume design by Arianne Phillips.

Best Use of Shadow: The Band's Visit 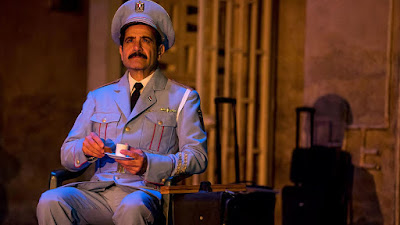 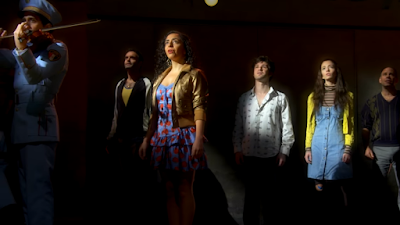 The use of shadow created a mysterious and very sensuous atmosphere as nighttime cools off the desert town of Bet Hatikva and passions ignite. Lighting design by Tyler Micoleau. 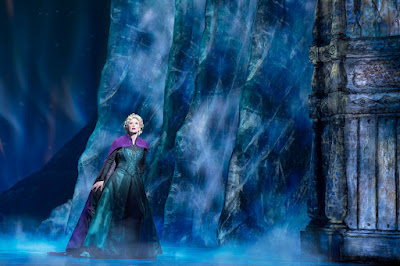 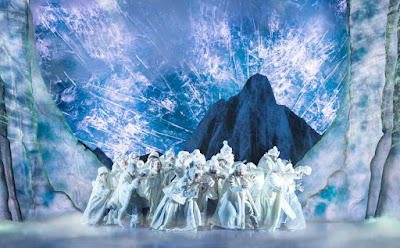 We were so glad we had mezzanine seats for Frozen! From there, you got the full effect of Elsa's icy powers. The floor, walls and proscenium transformed spectacularly. Projection design by Finn Ross. 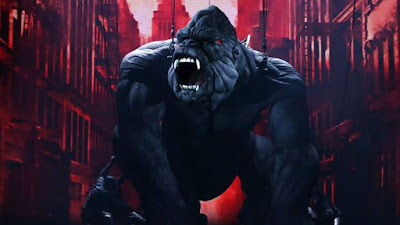 The mezzanine at the Broadway Theatre also offered a spectacular view of the King Kong video screens. Okay, so they gave me motion sickness more than once, but the projections were amazing! Projection design by Peter England and Artists in Motion.

When Elsa let it go and changed from head to toe in the blink of an eye, I was speechless. I don't think I took a breath again until the intermission lights came up. Special effects design by Jeremy Chernick, costume design by Christopher Oram.

The giant sheet back-lit to create sexy shadows during "Heaven Is A Place On Earth" was an absolute riot. Rachel York and Jeremy Kushnier chewed that scenery hard - like the comic pros they are.

Best Re-Vision: Once On This Island 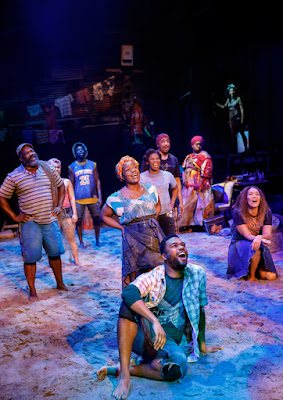 Michael Arden is the king of re-imagination, proving lighting can strike twice - first, Spring Awakening and now this.  It was already a charming little show, but now it's a life-affirming, heart-filling work of art. 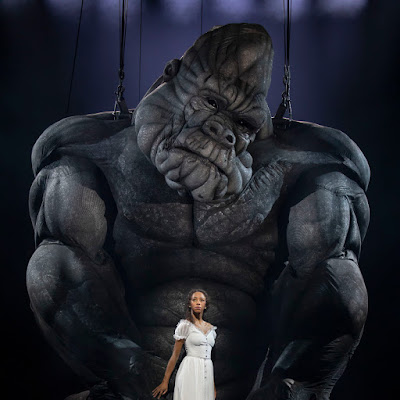 Watch out, Julie Taymor! There's a new puppet master on the scene. The pictures don't do Kong justice. You need to see it to believe it. Creature design by Sonny Tilders.

Unsung Hero: Tech Division: Once On This Island 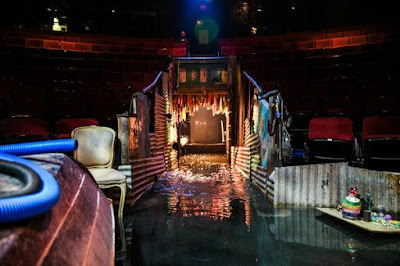 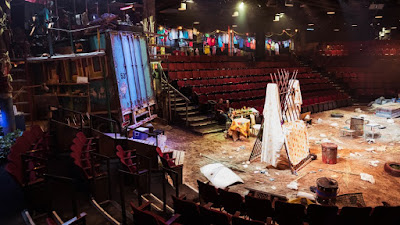 The entire props/costume/set crew deserved their own Tony Award. I can't even imagine the work that goes on before, during and after each performance. The obvious details are mind-boggling. I can't imagine what we don't see! Scenic design by Dane Laffery.