At This Theater: The American Airlines Theatre

Like the Hudson and Lyric Theatres, the American Airlines Theatre is one of Broadway's "new-old" venues, with its auditorium revitalized to its former glory. For me, it is one of the most comfortable places to see a show. The leg room - especially in the mezzanine - is a spacious luxury. And I don't think there's a bad seat in the house; even the last row upstairs feels close to the action. I look forward to my fifth visit! (Check out the seating chart and seat views HERE.) 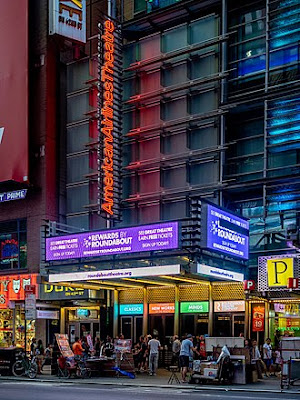 At This Theater:
The American Airlines Theatre
The Shows I saw There: Violet, On The Twentieth Century, Noises Off, Long Day's Journey Into Night
How They Rate: 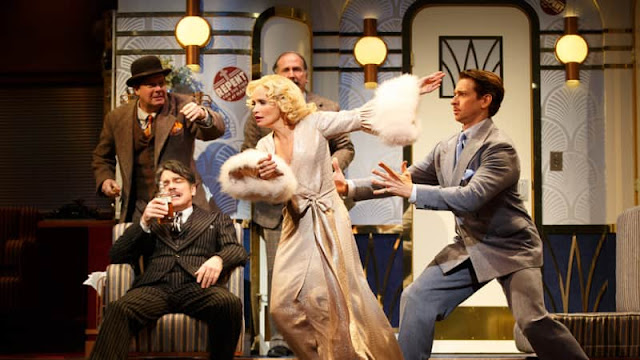 4. On The Twentieth Century: Maybe it was the show itself, but all of the lavish sets and costumes, spectacular tap dancing porters, and across-the-board star-casting couldn't save this one for me. I truly adore Kristin Chenoweth and Peter Gallagher (not to mention the supporting cast), but I found them to be over-acting and shrill. I was bored within 15 minutes, and really only stayed to see how bad it would get. I wasn't disappointed in that regard. 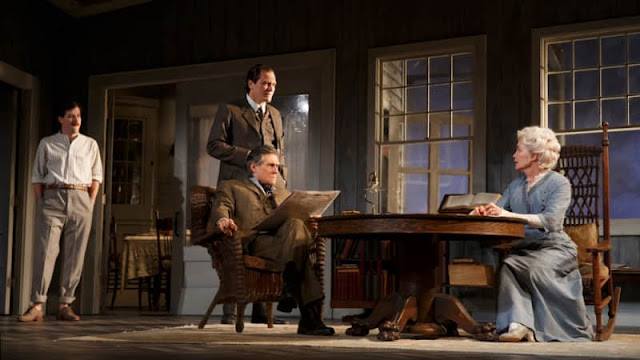 3. Long Day's Journey Into Night: This one was the show itself. Far be it from me to cast aspersions on a true American classic. I can appreciate why it is so highly ranked by critics everywhere. But we got the point O'Neill was trying to make by the end of act one. Three acts? Torture. The saving grace? The casting, with Jessica Lange (and her table) turning in a spectacular performance, and Gabriel Byrne, Michael Shannon and John Gallagher, Jr. more than holding their own as father and sons. The tension was thick. But it was exhausting. 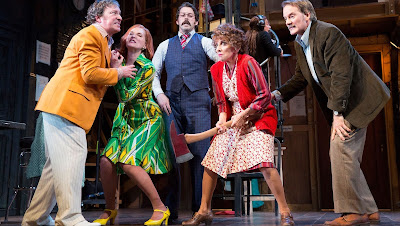 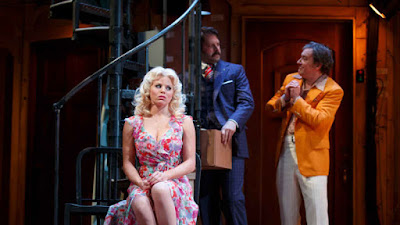 2. Noises Off: I had seen the previous revival (with Peter Gallagher!) and loved it. But I had to wonder if I'd get much out of this production, given that I knew all of its many surprises going in. Well, I wasn't disappointed one bit. It was great fun to see a new crop of amazing actors chew through this one. I especially loved Megan Hilty and Andrea Martin. Sardines! 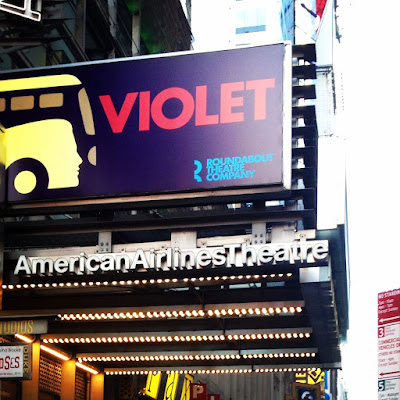 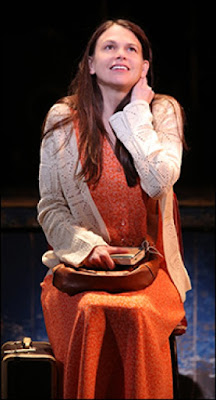 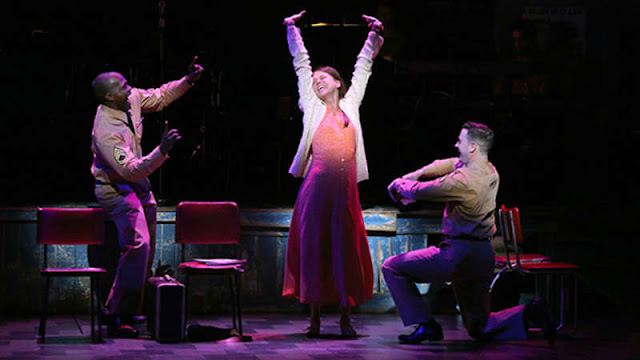 1. Violet: Other than being aware that Jeanine Tesori was involved in the creation of the piece, I went into this show completely unknowing. What a beautiful, moving piece it is - at times horrifying, joyful, sinister and hopeful, I was immediately swept up in the journey of a disfigured girl. That said, it was the three principals that sealed my love for this show. Both Colin Donnell and one of my all-time favorites, Joshua Henry, were wonderful. But it was Sutton Foster who impressed me most. With no traditional musical comedy tricks to play, and even less glamour, Ms. Foster shined in way I didn't think she could. And without a stitch of extra make-up on her face, she made me see Violet's disfigurement clearly, and the beautiful young woman underneath it.
House chart & seating views site courtesy of SeatPlan.com.
Do you have fond (or not so fond) memories of a show at the American Airlines Theater? Please share with us by email (jkstheatrescene@yahoo.com) or on Twitter (@jkstheatrescene).
#2495
Posted by JK at 8:18 AM

Labels: American Airlines Theatre, At This Theatre, Noises Off, Violet