Broadway Who's Who: Bob Avian 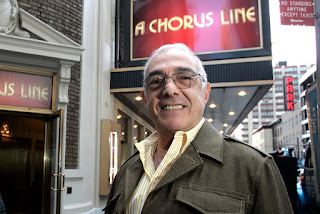 When Bob Avian passed away on January 21, a true Broadway great was lost to us. And yet, probably even to many theater fans, his name doesn't really ring a bell. In a career that spanned nearly 60 years, he did it all: he was a performer, production assistant, director and producer. But it was his work as a choreographer/musical stager that was really what made his name.
Broadway Who's Who:
Bob Avian
It all started in 1959, when he was in the international company (and later on Broadway) of West Side Story, where he met the soon-to-be great Michael Bennett. Their friendship also became a professional partnership, with Bennett charging Avian with associate and co- choreographer duties. Together, they created the staging and choreography for such classic musicals as Promises, Promises, Seesaw, Coco and Company. But it was three specific collaborations that cemented their place among the greatest choreographers the stage has ever seen: Follies, Ballroom, and their greatest achievement, A Chorus Line. The latter two would earn him Tony Awards (out of his six nominations).
Following, Bennett's death, Avian continued staging such musicals as Miss Saigon (London and Broadway, and the revival), Putting It Together, and the original London and Broadway productions of Sunset Boulevard. He also directed the hit revival of A Chorus Line in 2006.
Did You Know?...