Favorite Designs: The Scenic Design of The Great Comet 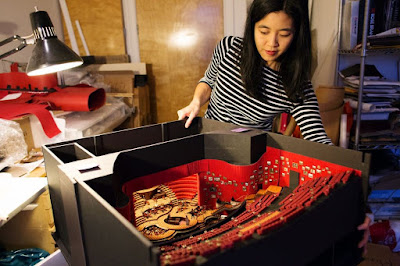 At the risk of being repetitive, for the second month in a row, our Favorite Designs feature focuses on a scenic design. I promise there will be other design elements highlighted in future months, but how could I resist the siren call of the brilliant set design for Natasha, Pierre and the Great Comet of 1812 by Tony-winner Mimi Lien?
True, this design takes the concept of "immersive theater" to an entirely new level. And it really is impressive for its sheer scope. Before you even take your seat, or the first note is played, you are swept up in a new, provocative time and place. But its genius is really in the fact that it enhances the performance rather than overwhelms it. 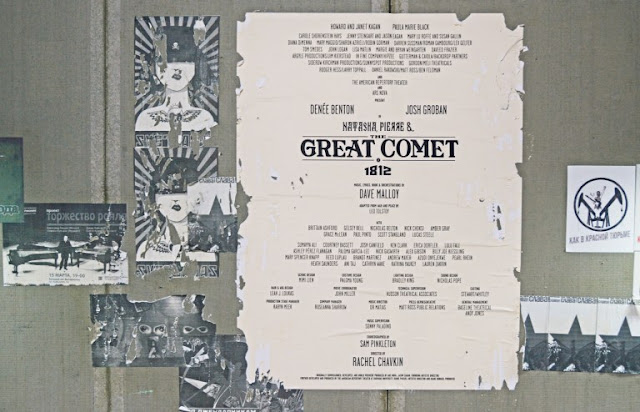 The Lobby:
I'll never forget walking into the Imperial Theatre and stopping short when I didn't recognize it. Gone were the marbled walls and floor. In their place, hard gray plywood covered in Russian propaganda posters, some partially ripped, ready to be replaced by new, more sinister messages, including the cast board. The wall sconces and crystal lighting fixtures replaced by dull/bright florescent lights. The smell was of machine oil, perhaps, but definitely industrial. The feeling was that of suppression and danger. 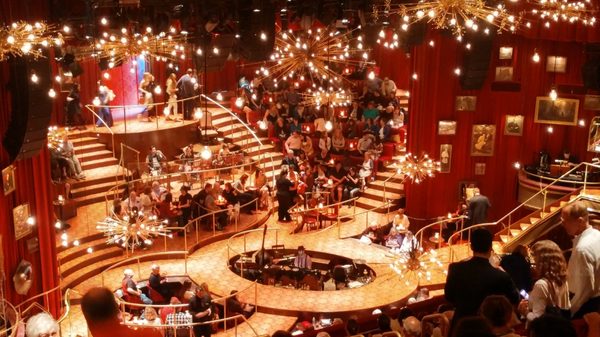 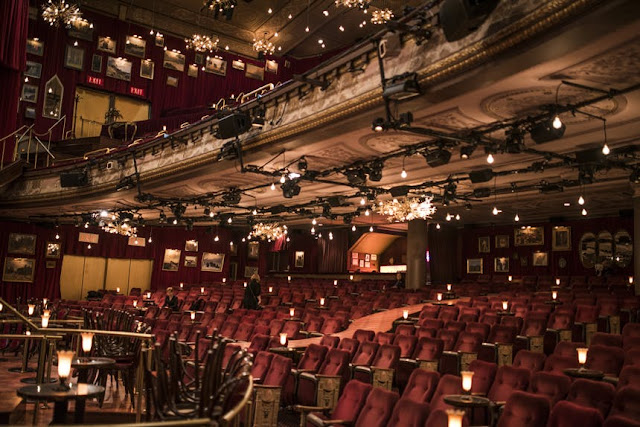 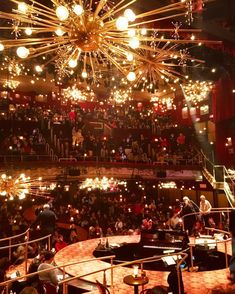 The Theater:
If you've been in the Imperial Theatre, you know how tall the house is. So, whether you've seen the show or not, you can probably imagine the sheer enormity of a room that size covered in red velvet draperies, floor to ceiling. And then the shock of going from the austerity of that war bunker-lobby to the opulence of an art-covered, brass-railed space. It comes at you in waves, as you realize every seat is in the middle of the action, that the aisle right in front of you is big enough for dancing Russians to pass you snacks...or illicit notes. Multiple light fixtures dangle overhead, like so many stars in the sky. The orchestra is, well, all over the place, intermingling with the audience. The light dim slightly, and the cast joins the fray.  We are transported, the outside world gone.
Now, that is genius design,
📸: C. Batka; mimilien.com
#2505
Posted by JK at 7:00 AM