One That Got Away: The Testament of Mary 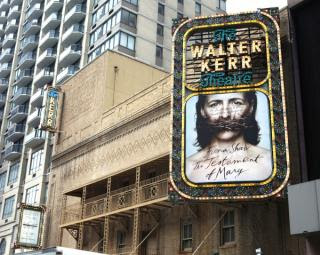 One That Got Away:
The Testament of Mary
Sometimes Mike and I want to see shows for entirely different reasons. Such was the case for this month's One That Got Away.
It was the 2012-2013 Broadway season, and we saw a lot of shows that season. We were lucky to have seen all of the Tony nominees for Best Musical and Best Revival of a Musical. We were on track to see all of the Best Play nominees. We saw Lucky Guy (with Tom Hanks!), The Assembled Parties, and the eventual winner, Vanya and Sonia and Masha and Spike. The completist in me was excited to think were going to make it. We had tickets and were all set to go. Yes, we were set to see Fiona Shaw in The Testament of Mary. Despite a few Tony nods, we didn't see all four nominees. And for me that's why that play was one that got away. 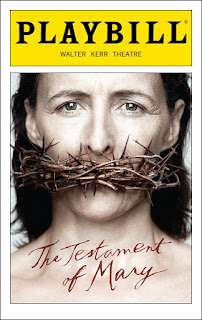 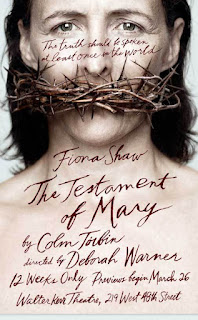 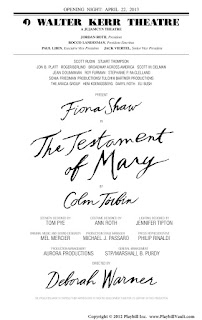 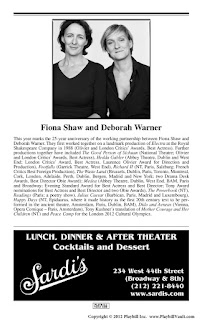 While Mike shared my desire to see all the nominees, he had other reasons to want to see this production: "I was eager to see what promised to be a tour-de-force performance from Fiona Shaw. As a former Catholic, I was also intrigued by the subversive subject matter. Oddly, the show closed immediately after receiving major Tony nominations, which only added to the allure. A couple of seasons later, we did get to see Hand to God, and that pushed those "Catholic" buttons for me. Still, I wish we had made it to see Mary." 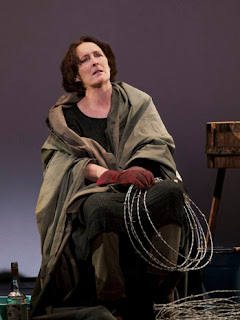 Labels: One That Got Away, Testament of Mary