Broadway Games: Broadway in the News

Lots happened on Broadway this past week. Have you been paying attention?
BROADWAY GAMES:
Broadway in the News 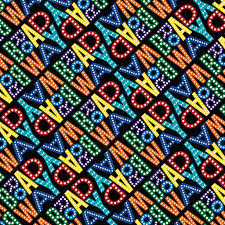 1. I have been in other Broadway revivals of Sondheim shows. Patti LuPone, Christopher Sieber and Claybourne Elder

2. I was in The Band's Visit. Katrina Lenk and Etai Benson

3. Even though we play a couple in Company, we first appeared together in the original cast of Shrek. Christopher Sieber and Jennifer Simard

4. We both appeared in the revival of Finian's Rainbow. Christopher Fitzgerald and Rashidra Scott

5. This is my second show this season. Christopher Fitzgerald

6. I boxed on a Broadway stage! Terrence Archie

7. I won a Tony Award for another Sondheim revival. Patti LuPone

8. I was in the recent off-Broadway revival of Merrily We Roll Along. Manu Narayan

9. I made my Broadway debut as Clyde's brother almost exactly 10 years ago. Claybourne Elder

10. I played Boq on Broadway. Etai Benson and Christopher Fitzgerald

11. I had the privilege of sharing the stage with Nick Cordero. Christopher Fitzgerald and Bobby Conte

12. I was in Spider-Man: Turn Off the Dark! Katrina Lenk

13. I appeared in a Broadway musical associated with Andrew Lloyd Webber. Patti LuPone and Manu Narayan

14. I played a snowman once. Greg Hildreth

15. Hello! I was in The Book of Mormon. Matt Doyle and Nikki Renee Daniels