Where Do Best Musicals Come From? 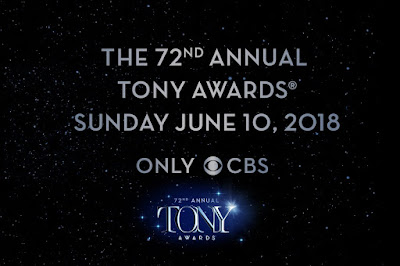 As we inch ever closer to the end of another Broadway awards eligibility season, I thought it might be interesting to look at the ultimate winners of the last 20 years. What were their primary sources?  What was their path to the Great White Way? How might these trends bode for the 7 potential "Best Musical"s from this season? Let's take a look.

By "primary source," I mean the most significant place the idea came from. As an example, Andrew Lloyd Webber's The Phantom of the Opera draws from the original novel by Gaston Leroux. There are, of course, many film versions of this story, but the primary source of the 1988 Best Musical is a book. As far as "path to Broadway," the categories are more self-explanatory, though I distinguish between "regional theatre" and "out-of-town."  The former generally means venues that the Tony Awards may honor (and in many cases below, has honored) with a Regional Theater Award; the latter refers to commercial venues, aka touring houses, that often host "pre-Broadway engagements."  The sub-genre/sub-source of "jukebox musical" is based on the broad definition of shows whose score was not deemed eligible for a Tony Award, whether it is a score made up of a catalogue of songs (Jersey Boys) or a majority of songs from a pre-existing score (Once).

Here are the Tony Award-winning best musicals from the last 20 seasons, their primary source, and the way they got to Broadway.

Well, we all know that the winner of the Best Musical prize doesn't mean the best musical won. We also know that a big win on Tony night doesn't automatically translate to a financial boon and decade long runs. But, it is interesting to look at long term trends.

I know a lot of people lament the steady stream movies-to-musicals, but there is definitely something to producing them, beyond the "obvious cash grab" I often hear talk of. Not that that isn't at least partially true, either. For every The Lion King, there's a Groundhog Day.  Jukebox musicals clearly aren't the easy path to award recognition, and neither are shows based on famous people.  For every Jersey Boys, there's an On Your Feet! Even given the economics of riskier projects, I'm surprised more musicals based on books and plays aren't being produced. Three years in a row, a property based on a book took home the Tony. And we can't forget that the top 5 (soon to be 6) longest-running shows off all time are based on books or plays.

Given the high stakes of opening a new show on Broadway, not to mention the even more immediate, intense glare of social media, I guess it's not surprising that more musicals don't open cold; only one Best Musical winner has done that in the past 20 years, and history has shown that The Book of Mormon, a risk from the start, was a huge gamble that really paid off.  Of course, these days, for the same reasons as above, the out-of-town tryout certainly doesn't offer the buffer it used to.  But it still clearly pays off - nearly 60 percent of the 20 shows had such productions. London imports have sure slowed down from their heyday in the 80's.  Only Billy Elliot came in first from across the pond (though I think Matilda should be on this list), and other London imports have been pretty brutal flops. The Woman in White or Groundhog Day, anyone? Off-Broadway seems to offer both the economic and artistic freedom needed. A full 1/3 of these shows had off-Broadway runs.

Considering these trends, it's interesting to look at the seven (!) new musicals to have opened or will be opening this season:

In microcosm, this season has shows that fit source type, with a high average of film-based and "jukebox" shows. At least this season, one of the original scores could really be a jukebox - every song in SpongeBob SquarePants is by a different songwriter!  Not surprisingly, there are no "open cold" or London imports.


All analysis aside, the bottom line is that most of the time, the best show - the artistic ground-breakers, and/or the lavish crowd-pleaser wins.  And even if, on any given year, we lament that the "best musical" didn't win, in the long run, quality rules.